The Global Dream II, worth an eye-watering £1.2billion, is being scrapped before its first voyage.

With the ability to carry a whopping 9,000 passengers, Global Dream II was going to be an incredible spectacle.

It beats the Wonder of the Seas, which is the current record holder for largest cruise ship.

In terms of capacity, the Wonder of the Seas can host an impressive 6,988 passengers on board.

However, if Global Dream II was to go ahead, just over 2,000 more people would be able to set sail upon it. 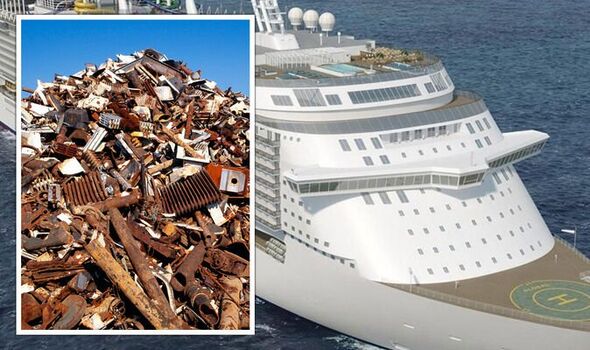 The reason this huge ship is being scrapped is because of its gargantuan cost.

It reportedly cost £1.2billion to build, but even still this was £200million short of its budget.

The ship was built by German-Hong Kong firm MV Werften, which filed for bankruptcy in January 2022, just as the ship was coming to the end of construction.

The cruise industry was unsurprisingly one of the hardest hit over the course of the pandemic.

Global Dream II will be sold for parts and thrown on the scrapheap if a buyer is not found.

Said buyer will need to splash out an extortionate £900million.

The ship’s engine and some other parts will be sold off.

However, the lower hull (meaning body of the vessel) is set to be auctioned off for scrap. 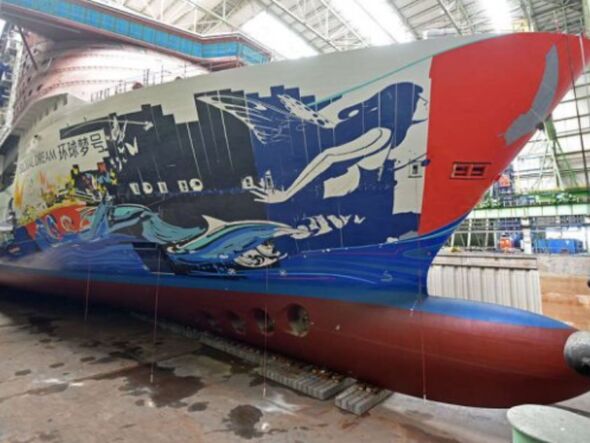 The first Global Dream ship may also meet the same fate if it is not scooped up.

Both Global Dreams are currently being stored at a German shipyard but this has recently been sold.

The shipyard will instead be used to build military vessels, so Global Dream and Global Dream II must be bought before 2023.

According to Auto Evolution, the first Global Dream ship is in a better position of being bought as its construction was started in 2018, a year before sister Global Dream II.

But why are buyers reluctant to purchase the two cruise ships?

They were previously designed for the Asian cruise market.

This means they would have to undergo major changes to be suitable for use in Europe or North America.

Auto Evolution also suggested while hopefully the incredible ships will gain a buyer and operator, demand for cruise liners has dropped.