Meghan Markle and Prince Harry should have returned to the UK to help the Queen through the coronavirus crisis – according to Meghan's dad.

Thomas Markle said the couple would have been better off returning to Harry's homeland rather than jetting to LA in an attempt to avoid the killer bug.

Thomas, 75, is now just 155 miles from his daughter and grandson Archie.

He said he hopes they change their mind on their decision to quit as senior royals, telling the Sunday Mirror : “I think Meghan and Harry should go back to the Royal family in the UK and be supportive of the Queen.

“I think they should be in England at this time and not in LA.”

He added: “I really support the idea of them going back to the Royal Family.

“They can join the A-list and make lots of money, of course, when the problem with the virus is over.

“But they will never find the respect they would have as full members of the Royal Family.”

Thomas, a retired Hollywood lighting director, said he sends good wishes to the 93-year-old Queen and Prince Charles – who is currently in self-isolation after contracting Covid-19.

Despite his heart condition putting him at high risk from the virus, Thomas said Meghan has not been in touch with him.

Meghan's dad said he hopes the pandemic will remind the couple what's important in life, and begged the pair to forgive him.

He said he is anxious Meghan could be at risk from Covid-19, which is raging in California.

Thomas said: “I am in the high risk category, but now a number of young people are also coming down with it.

“If I could say anything to Harry and Meghan right now it is that life is too short.

“I would certainly tell them to be careful and I would tell them that I love them.

“This is the time to think about what is really important in life – it’s too short and unpredictable.

“While we have to isolate physically, there is no reason to isolate personally from each other at this time.”

Thomas hasn’t spoken to Meghan since missing her wedding following a heart attack in May 2018.

They have been at loggerheads after it emerged he had collaborated with a paparazzi photographer to make money from staged photos before the wedding.

Thomas — who is yet to meet grandson Archie — is desperately hoping Harry, 35, will forgive him and accept anyone can make a mistake.

Harry was himself duped by Russian pranksters impersonating eco-activist Greta Thunburg and her dad Svante.

During two phone calls with notorious jokers Vladimir Kuznetsov and Alexey Stolyarov he indiscreetly said he is “completely separate” from most of the Royal Family and spoke openly about his agony over “Megxit”.

He was also critical of US president Donald Trump.

Thomas said: “We all think we do something right and it turns out to be wrong.

Thomas lives alone in Rosarito, Mexico, and is now set to go into self-isolation.

Although he's been suffering from a cold for two months, he insists it is not coronavirus.

He said: “I have a good supply of food in, I’m ready to self-isolate and stay at home. I have more than enough food and water.”

Thomas is set to be a witness in the legal battle over a letter Meghan wrote to him detailing her heartbreak at their rift.

Thomas felt he'd been attacked and misrepresented in reports about the letter's existence, prompting him to take it to a UK newspaper.

He has now agreed to testify at London’s High Court — but hopes it doesn't come to that.

He said Meghan’s half-siblings Tom Jr, 53, and Samantha, 55, are in daily contact with him.

He said: “Every day I hear from Tom and Samantha, they call. They’re both doing fine at the moment.”

NBA players must ‘rally together’ during suspension: Atlanta Hawks VP

Atlanta Hawks Vice President Dominique Wilkins says safety is ‘bigger than the game’ with regard to the NBA suspending games due to coronavirus.

Get all the latest news on coronavirus and more delivered daily to your inbox.  Sign up here.

The NBA is reducing base salaries by 20 percent for top-earning executives at its corporate office, including Commissioner Adam Silver, because of the financial impact of the coronavirus outbreak, according to a report Thursday.

The pay cuts will affect about 100 NBA executives around the world, ESPN reported, citing league sources. Other league staffers were not affected by the pay cuts.

The NBA did not immediately respond to FOX Business’ request for further comment.

WHY NBA PLAYERS GET CORONAVIRUS TESTS DESPITE SCARCE SUPPLIES

“These are unprecedented times and, like other companies across all industries, we need to take short-term steps to deal with the harsh economic impact on our business and organization,” NBA spokesman Mike Bass told ESPN.

It’s unclear how long the reductions in base pay will remain in effect. NBA deputy commissioner Mark Tatum also received a pay cut. 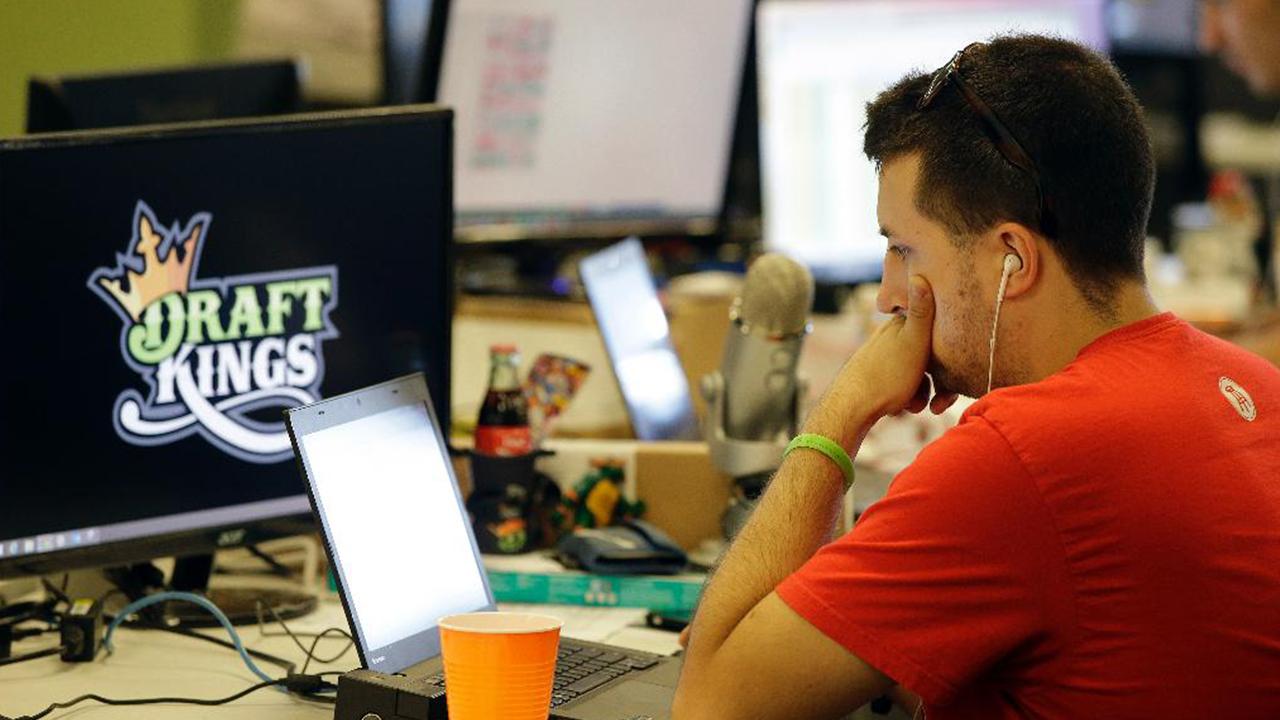 WHAT CORONAVIRUS WILL COST US SPORTS LEAGUES

The NBA suspended its season indefinitely earlier this month after Utah Jazz center Rudy Gobert became its first player to test positive for coronavirus. League executives have expressed optimism about a resumption of play, though it’s unclear when it will be safe for the 2019-20 season to resume.

Despite the suspended season, NBA players will be paid through April 1. League executives have not indicated whether pay will flow as normal if games do not take place.

The NBA’s collective bargaining agreement includes a clause that allows the commissioner to garnish pay if an uncontrollable event prevents games from being played.

This is a breaking story. Check back for updates.

Meghan Markle has reportedly "forbidden" Prince Harry from travelling to see his father, Prince Charles, who is infected by coronavirus.

This week, Prince Charles tested positive for COVID-19 and at 71-years-old, he is considered a high risk patient.

Currently he is in self isolation in Scotland on the Balmoral estate with his wife Camilla, according to representatives of the royal.

According to reports the Duchess of Sussex has told Prince Harry "'under no circumstances is she okay with him traveling anywhere right now".

According to the Daily Mail, the source added: "Meghan said Harry's been in touch with his dad… Of course, he's frustrated. She said they both are frustrated because they are doers and want to do so much more to help."

Earlier this month, the royal couple attended their final public events before they step down as senior members of the Royal Family on March 31.

During their trip they saw Prince Charles and the Queen – who is also self isolating in Windsor.

Last week it was also revealed Prince Harry and Meghan Markle are still “desperately hoping” to visit the Queen in the UK this summer despite the coronavirus crisis.

They wrote: “These are uncertain times. And now, more than ever, we need each other. We need each other for truth, for support, and to feel less alone during a time that can honestly feel quite scary.

“How we approach each other and our communities with empathy and kindness is indisputably important right now. Over the coming weeks, this will be our guiding principle.

“We are all in this together, and as a global community we can support each other through this process – and build a digital neighbourhood that feels safe for every one of us.” 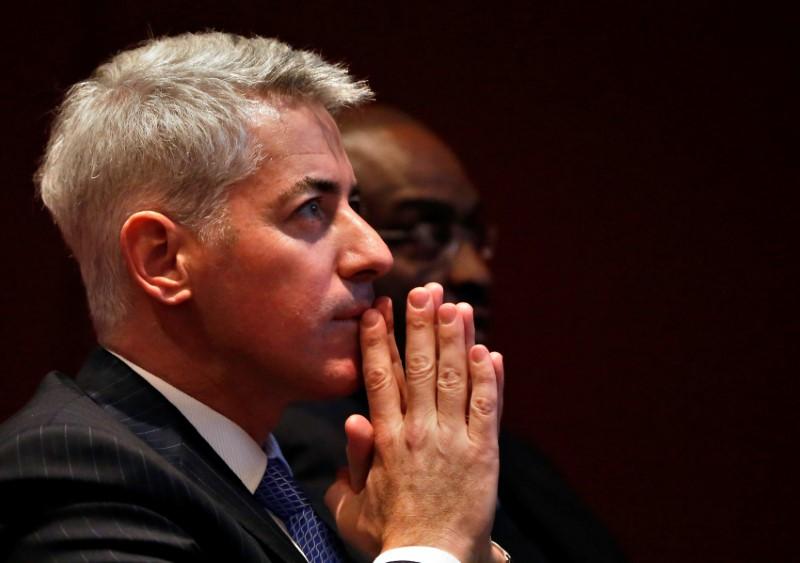 By comparison the average equity-focused hedge fund is down 15.5% for the month through Thursday, with average year-to-date losses at nearly 16%, data from Goldman Sachs show.

The numbers were released just hours after Ackman wrote to investors to say he had taken off the hedges and was becoming “increasingly positive” on stock and credit markets.

The moves helped inoculate his portfolio from the type of losses that many hedge fund investors are bracing to see when managers finalize their March numbers next week.

Ackman earned $2.6 billion in proceeds from the hedges and said that he had reinvested most of the money in existing holdings Agilent (A.N), Berkshire Hathaway (BRKa.N), Hilton Worldwide Holdings (HLT.N), and Lowe’s (LOW.N).

One week after taking to Twitter, television and text interviews with impassioned pleas for a 30-day shutdown of the United States to stop the virus’ spread, Ackman said his outlook had brightened. Moves by states and federal and Treasury monetary helped, he said.

Performance however may remain volatile, the manager warned, saying he might have to sell recently bought holdings or go back on the defensive. 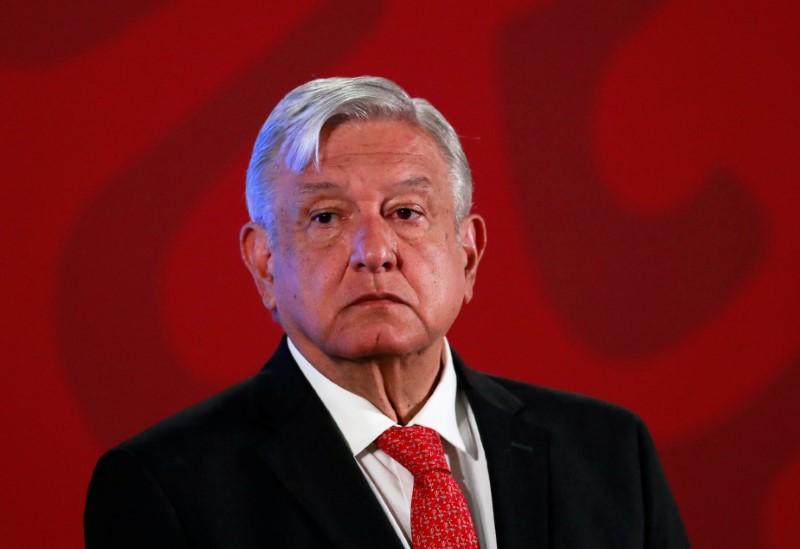 MEXICO CITY (Reuters) – Mexican President Andres Manuel Lopez Obrador said on Monday he would focus his response to the coronavirus outbreak on helping the poor rather than major companies as the virus spreads in Mexico, and that he would unveil more details on Tuesday.

Officials counted 367 cases on Monday, up from 316 the day before, with a total of four deaths, including two people who had diabetes.

Although the government has yet to take drastic measures to slow the contagion, such as issuing travel bans or requiring self-isolation, it has banned large events, suspended classes in primary schools and recommended people keep distance from others. Already, small businesses have begun to reel from the impact across the country, where millions live in poverty.

“No more rescues in the style of the neo-liberal period, that provided for banks, big companies. They shouldn’t even be thinking that there will be tax forgiveness or other mechanisms that were used before,” he said.

Lopez Obrador later wrote on Twitter that he would speak at his daily news conference on Tuesday about plans to protect Mexico’s most “vulnerable” population, adding that the country had sufficient public finances.

Lopez Obrador, a leftist, took office vowing to prioritize the poor and has often blamed many of Mexico’s problems on past administrations, including neo-liberal policies that he says only benefited a select few. 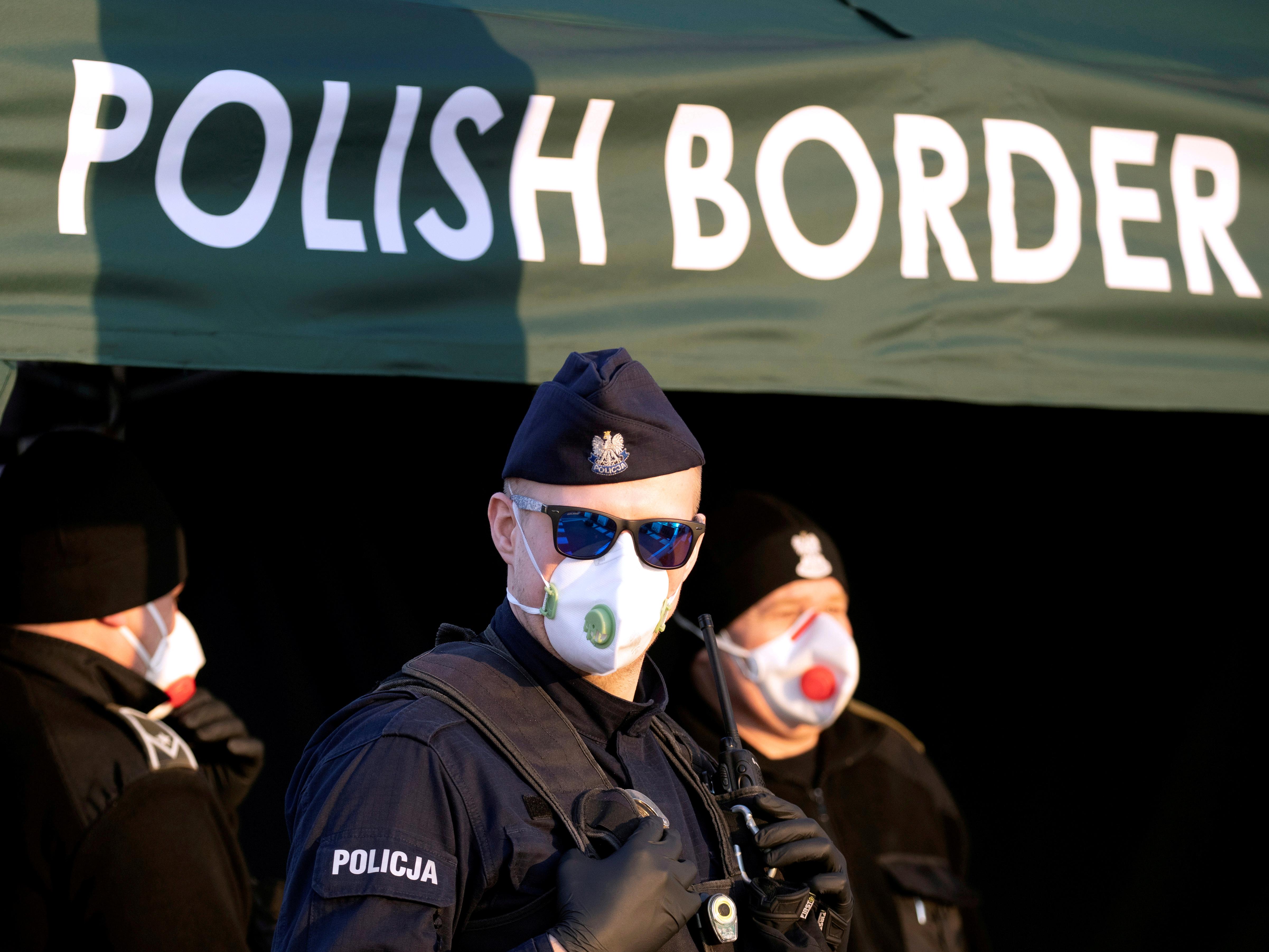 WARSAW (Reuters) – More Polish prisoners will be given the possibility to serve their sentences at home due to the coronavirus epidemic, under a justice ministry proposal that could benefit up to 20,000 convicts.

Poland has so far reported 684 cases of coronavirus, including eight deaths. It has shut schools, cinemas and other public venues, banned the entry of foreigners into the country and urged Poles to stay at home if at all possible.

Some prisoners are already allowed to serve their sentences at home under electronic surveillance.

“We propose raising the upper limit of a sentence or the total length of sentences which can be served in the electronic supervision system to 18 months,” the justice ministry said in a statement.

Until now it was possible for sentences of up to a year.

Prisons have already banned visits and stopped letting most prisoners work on the outside. Workshops in several prisons have started sewing protective masks and suits used in the fight against the coronavirus, the justice ministry said.

According to private radio RMF citing Justice Ministry estimates, nearly 20,000 prisoners could take advantage of this possibility. It also said older people sentenced to up to three years in prison could ask for a suspension of their term until the epidemic is over.

It was not not clear when the draft proposals might become law.

There are currently more than 75,000 people held in 172 Polish prisons and detention centers.

This website uses cookies to improve your user experience and to provide you with advertisements that are relevant to your interests. By continuing to browse the site you are agreeing to our use of cookies.Ok