PARIS — The Grand Slam event currently underway may be called the French Open. The overwhelming favorite in men’s singles is from Spain. But this tournament, and perhaps even the future of men’s tennis, suddenly feels very Italian.

That may sound strange, especially to the Italians, who have never produced a world No. 1. But on Thursday, a pair of 19-year-olds, Jannik Sinner, the surprise quarterfinalist at Roland Garros last year, and Lorenzo Musetti, who is playing in his first Grand Slam tournament, stormed into the final 32. So did Matteo Berrettini, 25, who is seeded ninth. They joined the 34-year-old veteran Fabio Fognini, the No. 27 seed, who has crushed his first two opponents and serves as the spiritual leader for the younger set driving this unprecedented Italian charge.

Tennis may be the ultimate individual sport but countries sometimes produce waves of top players. Germans (Boris Becker, Steffi Graf,) had their day in the late 1980s. Americans (Pete Sampras, Andre Agassi, Jim Courrier, Michael Chang) were mainstays of the top 10 in the 1990s. A decade ago, Spain was tennis royalty, winning the Davis Cup, the sport’s leading national competition, four times in eight years, with Rafael Nadal leading the way.

If a country produces a generational star, it stands to reason more will follow. But as many times as not, countries produce a champion, and then the tennis cupboard is largely empty. There are no hot young Swiss players in the top 100 ready to fill Roger Federer’s shoes. Spain’s youngest player in the top 40, Pablo Carreño Busta, is 29.

“You think the more good players you have from a nation they can groom the next generation, but then the chain breaks,” said Andrea Gaudenzi of Italy, a top 20 player in the 1990s who now leads the ATP Tour. 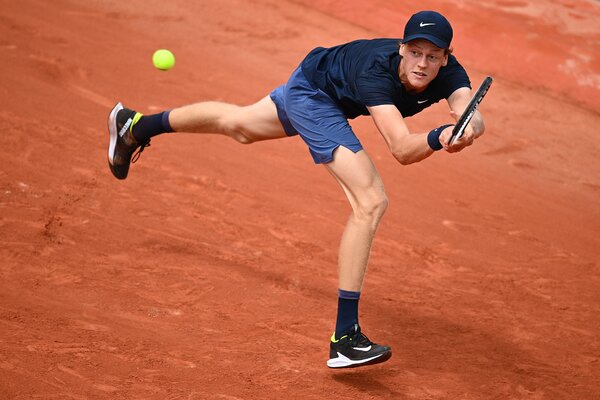 So what has made Italy so good at this moment in men’s tennis history? Asking that is a bit like asking for directions in Rome — plenty of possible answers, none seemingly any better than the rest.

Even the smartest tennis minds do not really know how to develop a phenomenal tennis player, much less several of them simultaneously. At its highest level, the game requires the mettle of boxing, the athleticism of basketball and the touch of billiards. Try manufacturing that.

Italy began holding significantly more lower-level tournaments during the past decade. That allowed Sinner and Musetti easier access to pro tournaments to cut their teeth. And yet, there are other countries that have plentiful schedules of low-level pro tournaments but do not have a group similar to Italy’s. For instance, the United States, which is more than five times as large as Italy and has lots of low level tournaments, does not have a man in the top 30.

Andreas Seppi, the 37-year-old Italian journeyman who notched a first-round upset at Roland Garros, credited the proliferation of top players to Italian coaches, who are more seasoned than they were when he was early in his career. Seppi said his coach, Massimo Sartori, essentially learned the trade with him.

“I was my coach’s first player,” Seppi said. “Now all these coaches know what they have to do and how the tour works.”

Then again, Musetti’s coach, Simone Tartarini, who has been working with him since he was 7 years old, has coached largely national junior players in the past. The two sometimes share hotel rooms on the road.

Sinner, the son of a chef and a restaurant hostess, was a junior skiing champion and did not specialize in tennis until he began training at an academy in his early teens. At first, he struggled emotionally and physically with the daily grind of so many hours on the court, he said earlier this year.

Musetti began playing tennis at the age of 4. Other than kicking a soccer ball occasionally with his friends, he never pursued another sport. By age 12, he was among Italy’s standout juniors.

So if this golden generation of Italian players proves anything about tennis, it might be the random nature of development and how many different ways there are to play the game.

“Some people might say we complain a lot inside the court,” Musetti joked the other day. “I used to, but now I have grown up a little bit.”

Blame Fognini for that rap. Fognini, who played doubles with Musetti this spring, regularly offers tips about opponents and tactical advice to his young countrymen. He won’t hesitate to question a line call or hold an umpire, or even an opponent, accountable for the management of a match.

He was easily handling Marton Fucsovics of Hungary on Wednesday when a fan in the rowdy crowd screamed after one of his serves, interrupting play. He made sure the chair umpire knew he was not pleased. Up two sets and two breaks, he was still taking long stares at ball marks. However in the third round on Friday, Fognini ran out of steam, losing 6-4, 6-1, 6-3, to Federico Delbonis of Argentina.

On the other hand, Musetti, Sinner, Berrettini, and the 26-year-old Lorenzo Sonego — who was seeded 26th here but lost in straight sets in the first round — are mostly all-business on the court.

They do not play much like Fognini either. Fognini is a classic counterpuncher. He saunters around the court, taking his time before serving, or returning. He will slice, bash and flick his forehand all during the same point, wait for the slightest opening and then pounce.

On Thursday, Sinner played as he always does. All afternoon he attacked another Italian, the 87th-ranked Gianluca Mager, from the back half of the court with darts to the sidelines.

Berrettini, who is 6-foot-5, leads with his booming serve, which has been clocked at 146 miles per hour. He powers his way into the court and finishes plenty of points at the net. He also has a highly effective backhand drop shot.

Musetti is strong nearly everywhere on the court, with a museum quality one-hand backhand, a beautiful, low-to-high stroke that sends the ball flying off his racket. Opponents have seemingly won a point after pinning him deep on his backhand side, then end up watching a laser dive into the corner.

“He’s got a lot of shots,” Stefanos Tsitsipas of Greece, the world’s fifth-ranked player, said of Musetti after beating him in Mexico in March. “He just has to work a bit on his serve.”

Musetti said he spent much of the spring doing that, trying to make it less predictable.

The work appears to be paying off. Musetti has yet to lose a set here. By the third set Thursday, his opponent, Yoshihito Nishioka of Japan, older by six years, was kicking his racket across the clay and tossing his cap.

“I’m not trying to explain this,” Musetti said after the win. He faces, who else, another Italian, the 83rd-ranked Marco Cecchinato, in the third round.

Musetti now has a 20-11 record on the ATP Tour, as good a start as any current player who has finished a season ranked in the top 10, according to Greg Sharko, the tour’s statistics whiz.

The teenager from Tuscany is trying to treat these Grand Slam matches like any other, even though he knows that is impossible.

“You think ‘racket, ball, opponent,’” Musetti said the other day. “But every tournament is different, especially in the Grand Slam.”