Judge, the Yankees’ superstar outfielder, became the sixth player to reach the milestone and is one short of tying Roger Maris’s American League record of 61. 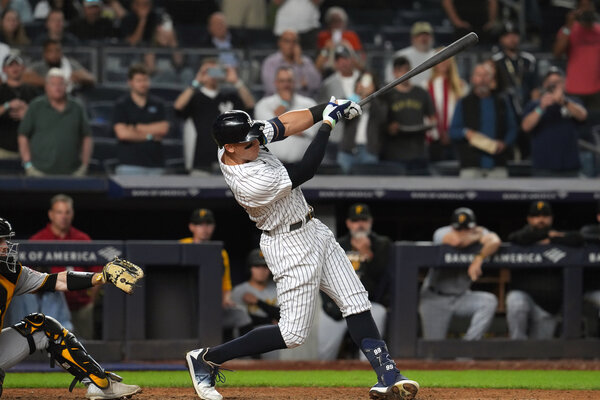 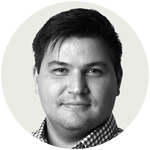 Sixty is a big, fat round number.

In baseball’s long history, only five players had hit that many home runs in a season. Whether or not they were aided by performance enhancers, they are among the greatest hitters of all time: Barry Bonds, Mark McGwire, Sammy Sosa, Roger Maris and Babe Ruth. On Monday, for the first time in over two decades, a new name joined that list.

With a 430-foot blast to lead off the ninth inning of Tuesday’s game against the Pittsburgh Pirates, Yankees outfielder Aaron Judge hit his 60th of the year, adding yet another memorable moment to one of the greatest offensive seasons ever. His home run also started a rally — four batters later, Giancarlo Stanton delivered a walk-off grand slam, giving the Yankees a 9-8 win.

And with 15 games left in the Yankees’ regular season after the conclusion of Tuesday’s game, Judge still has plenty of time to threaten Maris’s American League record of 61 home runs in a season, set in 1961 and considered by some to be the clean home run record. Bonds holds the major-league record, with 73 home runs in 2001, but, like Sosa and McGwire, he has been tied to performance-enhancing drug use during an era before steroid testing began.

There are many ways to illustrate the excellence of Judge’s 2022 season but few would be as telling as this: entering Tuesday, the next highest home run total this year is 39, belonging to Philadelphia’s Kyle Schwarber. According to the Elias Sports Bureau, the last time before this season that a player led the majors by more than 20 home runs was 1928, when Ruth (54) bested Jim Bottomley and Hack Wilson by 23.

“Early on in the year, he would hit a home run and we’re all jumping up and down,” Yankees hitting coach Dillon Lawson said of Judge. “It isn’t that we’re not excited about it anymore, but it’s just a different form of excitement. You’re like, ‘Wow, again’ and ‘again, oh my gosh’ and ‘again!’ You’re more in awe of it now that it’s sustained and that it’s gone on for this long. He’s been so consistent, not just on the field but in the clubhouse.”

It is not like Judge hadn’t been a great hitter already. In his five full seasons before 2022, he had 154 home runs, a .954 on-base plus slugging percentage, three All-Star selections, a 2017 A.L. Rookie of the Year trophy and was runner-up for the Most Valuable Player Award that season.

An already elite bat speed coupled with an improved bat path through the strike zone has meant even more home runs — left, right and center — on all sorts of offerings. Judge is hitting the ball just as hard this year as past seasons (an average exit velocity of 95.8 miles per hour), but making more contact on the barrel of the bat than ever and hitting more fly balls than before.

In other words, Judge has been a terror to opposing pitchers. He is 6-foot-7, 282 pounds and can clobber all types of pitches; for example, he has a whooping M.L.B.-leading .822 slugging percentage against the most important one of all, the fastball. Lawson said that Judge has not only hammered opposing pitchers’ mistakes but he has also been taking away their successes.