Working with them in the wilderness means negotiating countless shifting variables. Sounds a lot like the world we’re living in. 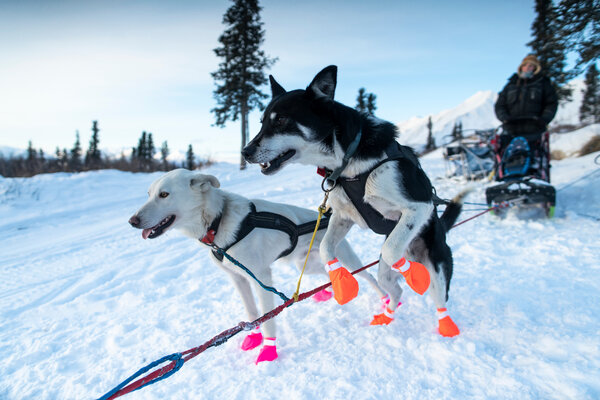 This article is part of a series on resilience in troubled times — what we can learn about it from history and personal experiences.

Here’s the thing about sled dogs: They never know how far they’re going to run.

As a musher — the human driver of a dog sled team — this is one of my main challenges. There are many ways in which my dogs know more than me. They know if a storm is coming, or if a moose crossed the trail days before. They know how ice shifts under their paws. They know if we’re being followed and by what kind of animal. They know their own power — that they’re stronger than me, much stronger, and if they turn or stop when I ask them to, it’s because they’re choosing to listen and trust me. Running together is a gift they give me every day.

But each time my dogs hit the trail, they run hard — they give it everything they’ve got. That’s fine if we’re going 10 miles, or 30, distances they can cover easily in a few hours. We can leave after dinner and be home by midnight, silver snow on a full-moon night. But what if we’re going a hundred miles, or a thousand? Asking sled dogs to pace themselves, to slow it down, is like asking a retriever to only fetch one ball out of three: It goes against their every instinct.

That’s how I feel now, midpandemic: that we humans are falling into uncertainty, stretching ourselves thin, and we have no idea how far it is to the finish line. The difference, of course, is that sled dogs want to run, and people do not want to live through a public health crisis. But there’s a parallel in the unknown distance, the unseen ending. And oddly enough, mushing has prepared me for this.

I used to be a dedicated planner. I knew what I’d do every day, weeks in advance. Having a plan made me feel confident and safe. And then I got into long-distance dog sledding, and I discovered that the only thing worse than not having a plan was the stress of having one and constantly breaking it. Working with dogs in the wilderness means negotiating countless shifting variables: snow and wind, wild animals, open water, broken equipment, each dog’s needs and changing mood. I learned that plans, when I made them, were nothing but a sketch; the only thing I needed to count on was that the dogs and I would make decisions along the way. 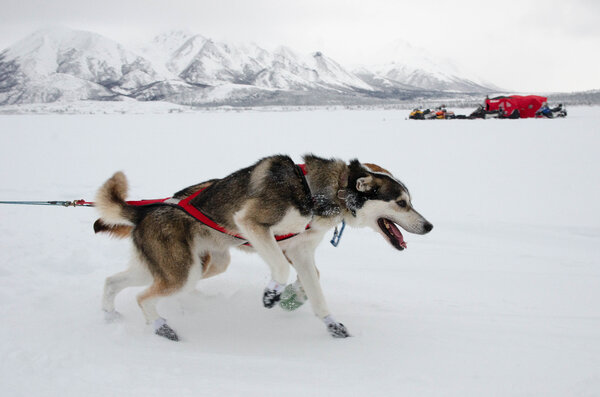 So how do you throw yourself into the unknown — and better yet, feel OK about it? How do you settle into an endurance challenge with no idea when it will end?

One of the most surprising things about distance mushing is the need to front-load rest. You’re four hours into a four-day race and the dogs are charging down the trail, leaning into their momentum, barely getting started — and then, despite their enthusiasm, it’s time to stop. Make straw beds in the snow, take off your dogs’ bootees, build a fire, heat up some meat stew (for the team, but hey, you can have some too) and rest for a few hours. The dogs might not even sit down; they’re howling, antsy to keep going. It doesn’t matter. You rest. Four hours later, you rest again.

And you keep doing that, no matter how much your dogs want to keep going. In fact, if you’re diligent from the start, they’ll actually need less rest at the end of a trip — when their muscles are stronger and their metabolisms have switched from burning glycogen to fat — than at the beginning. It’s far easier to prevent fatigue than to recover from it later.

But resting early, anticipating your dogs’ needs, does something even more important than that: It builds trust. A sled dog learns that by the time she’s hungry, her musher has already prepared a meal; by the time she’s tired, she has a warm bed. If she’s cold, you have a coat or blanket for her; if she’s thirsty, you have water. And it’s this security, this trust, that lets her pour herself into the journey, give the trail everything she has without worrying about what comes next. You can’t make a sled dog run 100 miles. But if she knows you’ve got her back, she’ll run because she wants to, because she burns to, and she’ll bring you along for the ride.

What this means for people, for us, is that we can’t just plan to take care of ourselves later. We shouldn’t expect to catch up on sleep when we really crash, or to reach out to loved ones after we’re struck by loneliness. We should ask for support before we need it. We should support others before they ask. Because if you don’t know how far you’re going, you need to act like you’re going forever.

Planning for forever is essentially impossible, which can actually be freeing: It brings you back into the present. How long will this pandemic last? Right now, that’s irrelevant; what matters is eating a nourishing meal, telling someone you love them, walking your dog, getting enough sleep. What matters is that, to the degree you can, you make your own life sustainable every day.

Sled dogs can run farther, in a shorter time, than almost any other animal. But they only think as far ahead as they can see, hear and smell. They catch the scent of a deer; they see a curve in the trail. It is, in its way, that simple. If the team meets an unexpected challenge, if they come to a steep mountain or take shelter in a storm, they’re better off for their restraint. Because they’re healthy, content; they have what they need, and they have each other. There’s no stronger way to meet the unknown.

Blair Braverman is the author of “Welcome to the Goddamn Ice Cube: Chasing Fear and Finding Home in the Great White North.”