US competition with China is in economics, not Olympics: Lieberman

The swimmer has won a total of 10 Olympic medals since London 2012, making her the most decorated female swimmer in Olympic history and helping her get lucrative endorsement deals totaling more than $1 million, according to Bloomberg.

While all Olympic medalists win money along with their hardware — $37,500 for gold, $22,500 for silver and $15,000 for bronze – the Internal Revenue Service exempts athletes making less than $1 million in income from paying taxes on their winnings.

"The men’s basketball team isn’t going to be excluded, but a good majority of Olympians will be," John Karaffa, president of ProSport CPA PLLC, a law firm that represents more than two dozen Olympians, told the news site. 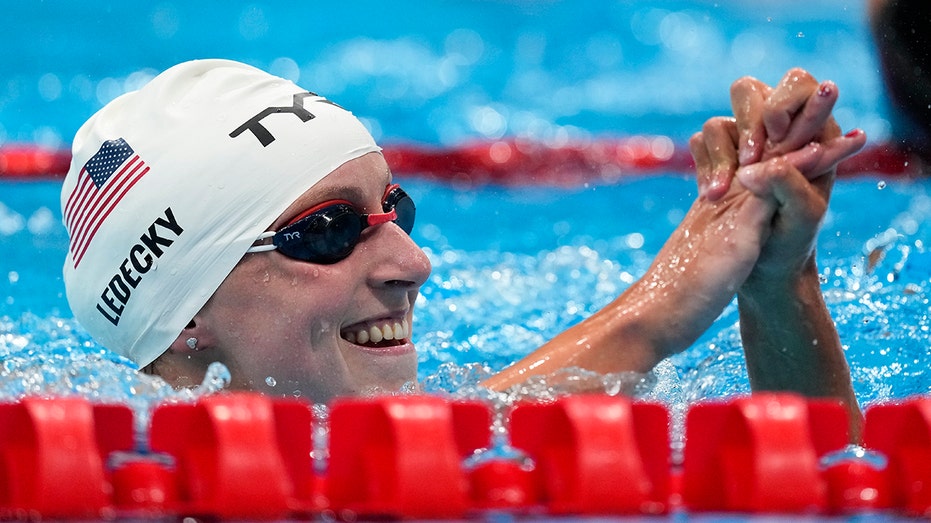 Katie Ledecky, of the United States, reacts after winning a heat of the women’s 800-meter freestyle at the 2020 Summer Olympics, Thursday, July 29, 2021, in Tokyo, Japan. (AP Photo/Charlie Riedel)

Olympic coverage tends to focus on the most famous athletes like Ledecky, Kevin Durant or Simone Biles, but a large majority of athletes don’t get sponsorships and may have to go back to normal jobs once the Games are over.

"Income earned by an American citizen, even if its in Timbuktu, is income on your U.S. tax return," Conrad Teitell, of Connecticut-based Cummings & Lockwood, told Bloomberg "Many other countries don’t tax income earned while in a foreign country."

Because of her $120,000 in prize money and her endorsements, Ledecky will likely owe around $44,000 to the IRS, Bloomberg estimates. Winnings are reportedly subject to the top marginal tax rate of 37%.

"For some of these athletes, their success during this year’s games will determine the endorsements they’ll earn, whether or not they’ll have income over $1 million for this tax year," Karaffa said.