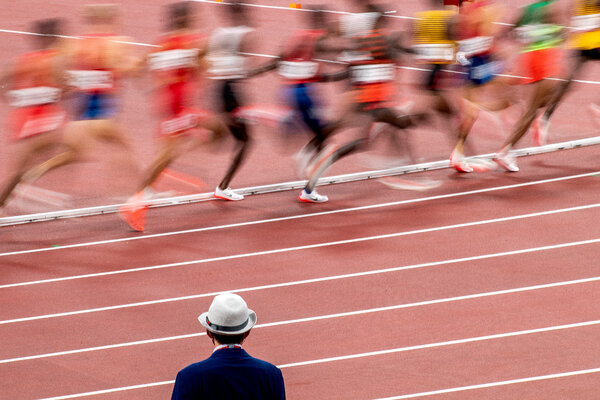 The next-to-last day of the Tokyo Olympics wraps up on Saturday with the gold medal contest in men’s soccer and additional gold to be awarded in women’s golf, men’s volleyball and beach volleyball, men’s platform diving, women’s water polo and much more. All times are Eastern and are subject to network changes.

VOLLEYBALL Argentina and Brazil vie for the men’s bronze medal at 12:30 a.m. on USA. The men’s gold medal match between France and the Russian Olympic Committee begins at 8:15 a.m. on NBC, with a replay at 1:40 p.m. on USA.

BEACH VOLLEYBALL Delayed coverage of the men’s gold medal match between Anders Mol and Christian Sorum of Norway and Viacheslav Krasilnikov and Oleg Stoyanovskiy of the Russian Olympic Committee will start at 1:05 a.m. on NBC.

HANDBALL A replay of a women’s semifinal game airs at 1:30 a.m. on NBCSN. At 5 a.m. on NBCSN, Egypt and Spain meet in a delayed broadcast of the men’s bronze medal game. The men’s gold medal game, between France and Denmark, starts at 8 a.m. on NBC, with a replay at 12:30 p.m. on USA.

DIVING The final round in the men’s 10-meter platform competition begins at 2:30 a.m. on USA.

WATER POLO The bronze medal match between Hungary and the Russian Olympic Committee starts at 2:45 a.m. on CNBC, and then the U.S. women take on Spain for the gold medal at 3:30 a.m. on USA.

CYCLING The men’s Madison final starts at 3:55 a.m. on NBCOlympics.com