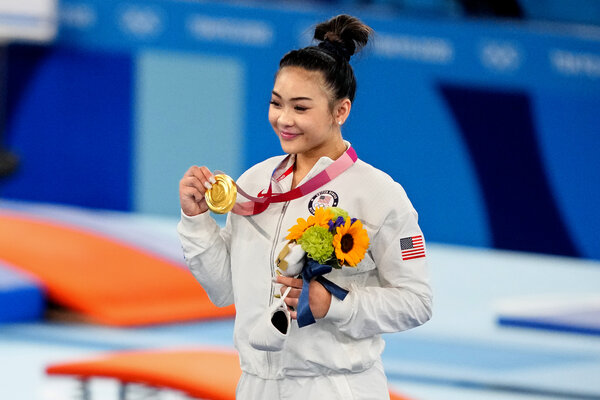 By The New York Times

Here are some highlights of U.S. broadcast coverage on Tuesday morning. All times are Eastern.

GYMNASTICS Event finals continue, with all eyes on Simone Biles on the balance beam. Sunisa Lee, the all-around champion, will also compete on the apparatus. The men’s event finals will include parallel bars and high bar. Coverage starts at 4 a.m. on Peacock and NBCOlympics.com, and The New York Times will be covering it live starting at 2:45 a.m.

SOCCER Mexico takes on Brazil in the semifinals at 4 a.m. on the NBC Sports Network. Coverage in Spanish begins at 3 a.m. on Telemundo.Japan plays Spain at 7 a.m. on NBC SN.

BASKETBALL In the men’s quarterfinals, Italy plays France at 4:15 a.m. and Australia plays Argentina at 8 a.m., both on USA Network.

WRESTLING Medals are awarded in Greco-Roman and women’s freestyle. Coverage begins at 5:15 a.m. on the Olympic Network.