Tiger Woods was speeding when he crashed his sport-utility vehicle in February, reaching speeds of more than 80 m.p.h. in a 45 m.p.h. zone on winding road near Los Angeles, according to Los Angeles County Sheriff Alex Villanueva.

Villanueva said Woods was traveling between 84 and 87 miles per hour when he lost control, crossing over a median and hitting the curb on the opposite of the road. The vehicle struck a tree at an estimated 75 m.p.h. and was sent airborne, eventually stopping in some brush.

“The primary causal factor for this traffic collision was driving at a speed unsafe for the road conditions and the inability to negotiate the curve of the roadway,” said Villanueva.

Woods was not cited for driving too fast and no criminal charges will be filed, Villanueva said. He added that there were no signs of impairment or intoxication, and that Woods was wearing his seatbelt.

The captain of the Lomita Sheriff’s Station, James Powers, said that data was obtained from the vehicle’s event data recorder, known colloquially as the black box. The data showed that Woods had hit the accelerator throughout the crash, and that the pressure applied to the pedal was 99 percent. Powers said he believed that Woods inadvertently hit the accelerator while trying to brake.

Woods has no recollection of the collision, and there were no witnesses to the crash.

Woods was not cited, Villanueva said, because under California law that typically requires either an independent witness or a law enforcement officer to witness the excessive speed. He said that Woods did not receive any special treatment, and nobody would be cited for speeding in a solo vehicle collision without any witnesses.

Woods had to be extracted from his S.U.V. after the crash on the morning of Feb. 23 and taken to the hospital, where he underwent several surgeries on his right leg. Doctors not involved in Woods’s care have predicted an extremely difficult recovery from his injuries.

Woods crashed his car on a windy and tricky stretch of Hawthorne Boulevard that is known for car crashes near Rancho Palos Verdes, a coastal city in Los Angeles County. According to data collected by the sheriff’s department, there were 13 crashes, four with injuries, from Jan. 3, 2020, to Feb. 23 of this year within a 1.35-mile stretch of Hawthorne Boulevard that includes the site where Woods crashed.

That stretch of road is also known for speeding. Deputy Carlos Gonzalez, the first emergency responder to arrive at the scene, said at a news conference in February that he had sometimes seen vehicles going more than 80 miles per hour on Hawthorne Boulevard.

According to a diagram of the collision shown by the sheriffs department, there were four areas of impact. The first two were the sides of the median, the third was the curb and the fourth was the tree. Woods’s vehicle rolled several times before coming to a stop. After he hit the tree, his S.U.V. went “airborne” where it did “somewhat of a pirouette,” according to Powers. 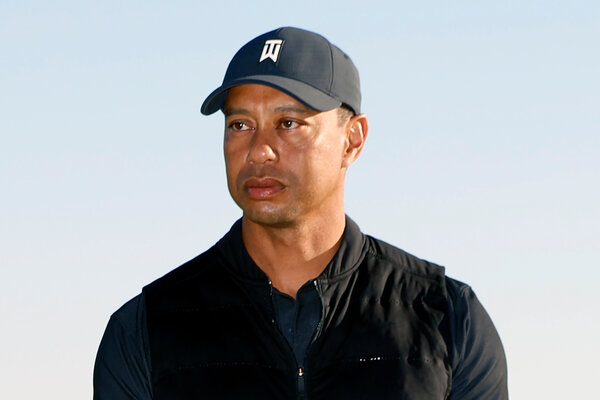 Woods was quickly taken to Harbor-U.C.L.A. Medical Center, where he underwent emergency surgery, and then was transferred to Cedars-Sinai Medical Center for follow-up procedures. He spent several days in the hospital receiving treatment, though there is still some confusion about the exact nature of his injuries.

Dr. Anish Mahajan, the acting chief executive of Harbor-U.C.L.A., said in a statement the night after the crash that both bones in Woods’s lower right leg, the tibia and the fibula, had been broken in multiple places and were “open fractures,” meaning the bones had pierced his skin.

The statement did not describe any injuries to Woods’s left leg, though Daryl L. Osby, the Los Angeles County fire chief, had said earlier that Woods had “serious injuries” to both legs.

Woods underwent back surgery, his fifth, in Dec. 2020, just the latest injury to slow his golf career. He has won just one major golf championship since 2008.

February’s crash is not the first time Woods’s life, and career, has been derailed by a car crash. In 2009 he crashed his S.U.V. into a fire hydrant outside his Florida home in the middle of the night. He was knocked unconscious and was taken to a hospital in an ambulance, where he was treated for minor facial injuries.

But the incident is remembered mostly for what happened next and the fallout for his career. There were numerous reports of Woods’s infidelities and an apology in which he admitted cheating on his wife. He lost numerous sponsors and stepped away from golf for months. Woods and Elin Nordegren eventually divorced.

Woods was also arrested in 2017 in Florida, after police found him asleep in his car on the side of a road at 3 a.m. with the engine running. Woods blamed the incident on the interaction of several prescription medicines, including Vicodin, and did not have any alcohol in his system. He eventually entered a diversion program for first-time D.U.I. offenders, and pleaded guilty to reckless driving.

Captain Powers said there was no odor of alcohol, open containers or any narcotics in the vehicle or on Woods after the February crash. Woods told law enforcement investigators that he had not been drinking and had not taken any prescription pills. Investigators did not obtain or test Woods’s blood.

Woods, who lives in Florida, was in Southern California to host the Genesis Invitational at the Riviera Country Club in the Pacific Palisades section of Los Angeles the weekend before the crash. Genesis Motor is a luxury vehicle division of Hyundai. Woods was driving a 2021 Genesis GV80 S.U.V., which was provided to him during the tournament; he is known for always driving himself in a courtesy car at tournaments.

Sheriff Villanueva said at a news conference last week that the cause of the crash had been determined, but citing California privacy laws, said it could not be released without Woods’s consent. Woods eventually waived his right to privacy and authorized the release of the report.

Tiger Woods is the greatest golfer of his generation and one of the most recognizable athletes in the world. But his car crash in February was the latest setback in a career full of them. 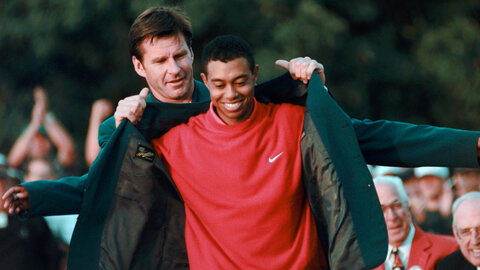 In 1997, a year after turning professional, Woods, at 21, became the youngest person and the first person of color to win the Masters. He became the face of golf, even as he faced racial slurs and death threats. 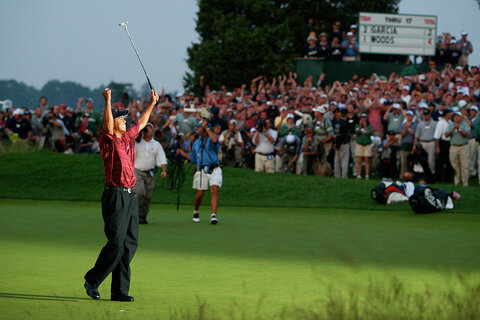 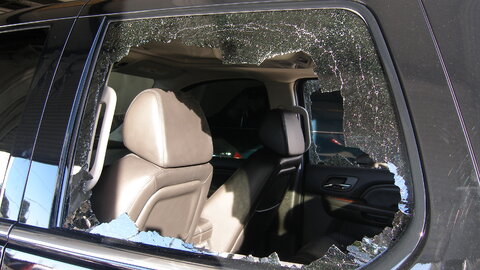 Woods’s marital infidelities spilled out in public in 2009. After a domestic dispute with his wife, he slipped behind the wheel of his car with Ambien in his system and collided with a fire hydrant yards from his house.

The 2009 Crash That Rocked Woods’s Career 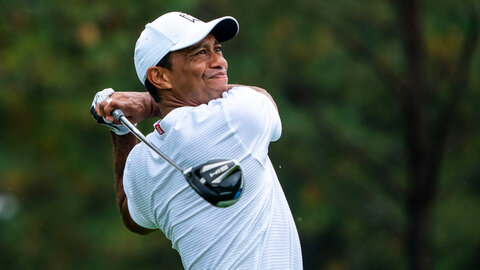 His injuries took a toll in recent years. He underwent his fourth back operation in April 2017, a spinal fusion surgery that he called “a last resort.” A fifth back operation sidelined him from competition in early 2021.

How Woods Became a ‘Walking Miracle’

Another middle-of-the-night incident, in May 2017, revealed an opioid addiction. Woods was arrested by the police after he was found alone and asleep in his car on the side of a road with the engine running.

Woods Arrested and Charged With D.U.I. 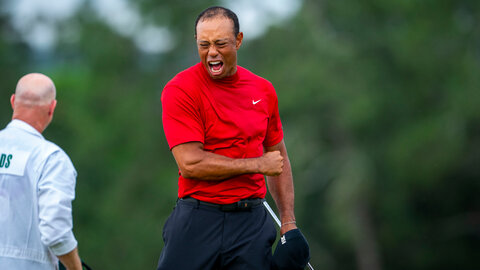 Woods made an astounding comeback in 2019: At 43, he won a fifth Masters for his 15th major title. At the time of the crash, he had yet to announce if he’d compete in this year’s Masters. But now his golf career is in jeopardy.

Woods Captures the Masters at 43

Woods may need months or years to recover from the crash.