Michael Jordan’s "Last Dance" jersey from Game 1 of the Chicago Bulls’ 1998 Finals has set the record for the highest-priced item in sports memorabilia history.

Sotheby’s, an auction house, sold the jersey for $10.091 million, breaking the record previously held by Diego Maradona’s "Hand of God" jersey from the 1986 World Cup. That jersey sold for $9.28 million.

It was the second Jordan finals jersey to appear at auction, according Sotheby’s. 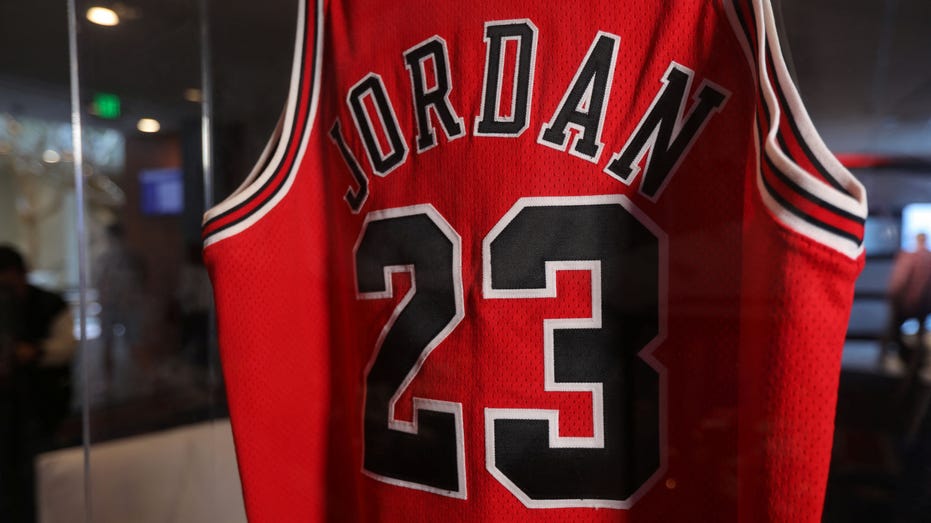 Basketball legend Michael Jordan’s jersey from Game 1 of the 1998 NBA Finals, which went up for auction, is seen in a case in Monterey, Calif., Aug. 18, 2022.  (REUTERS/Nathan Frandino / Reuters Photos)

Jordan’s "Last Dance," which was captured in ESPN’s 10-part documentary about his final campaign with the Bulls before retiring for the second time, was a historic run that led to "His Airness" winning his sixth and final NBA title and sixth Finals MVP award.

"In the weeks since we announced the auction, there’s been palpable excitement from, not only sports fans, but collectors alike who are eager to own a rarified piece of history. Yet again, today’s record-breaking result, with an astounding 20 bids, solidifies Michael Jordan as the undisputed GOAT, proving his name and incomparable legacy is just as relevant as it was nearly 25 years ago," said Brahm Wachter, Sotheby’s head of streetwear and modern collectibles. 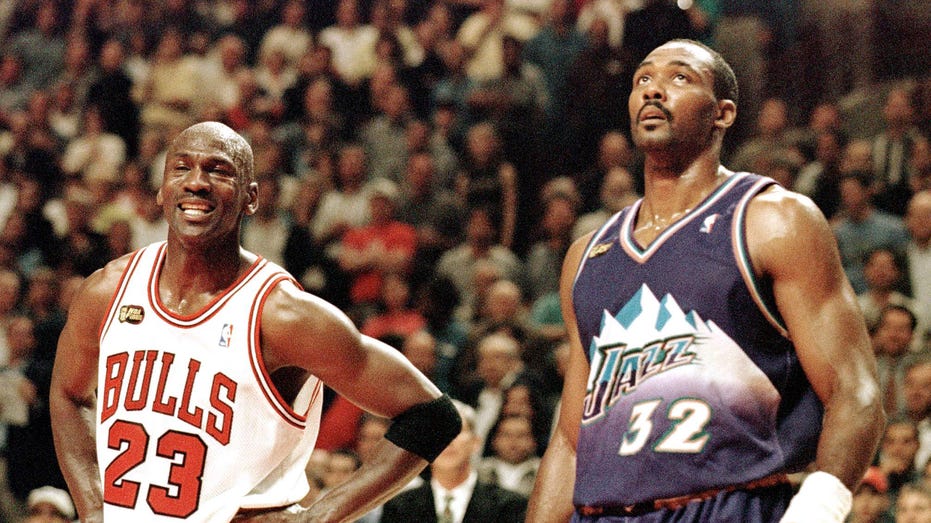 In this June 1998 file photo, Michael Jordan (23) of the Chicago Bulls smiles while standing next to Karl Malone of the Utah Jazz. (Jeff Haynes/AFP via Getty Images / Getty Images)

The Los Angeles Lakers legend, the late Kobe Bryant, owned the previous record for an NBA jersey, which sold for $3.69 million in May 2021. It was a jersey Bryant wore during his 1996-97 rookie year. 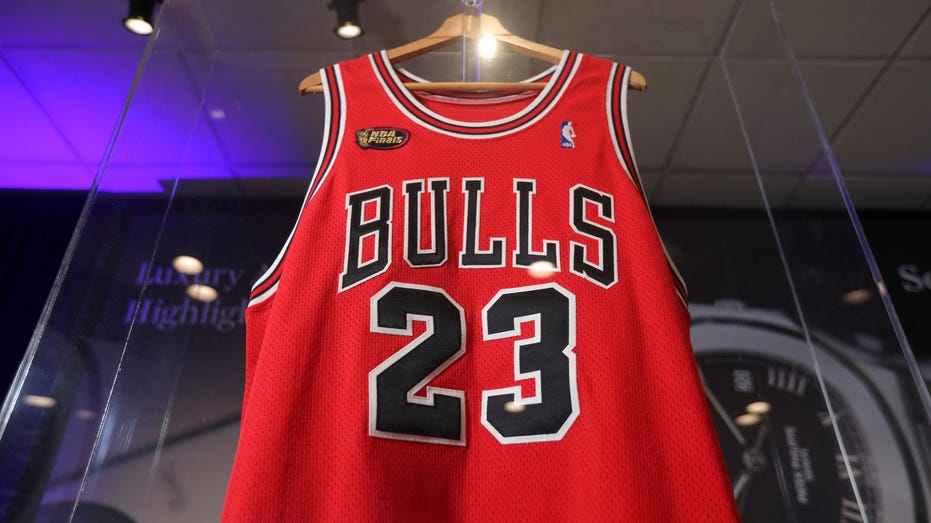