The tennis player Naomi Osaka can add Lewis Hamilton, the Formula 1 champion, to her list of supporters.

On Monday, Osaka withdrew from the French Open after a dispute with tournament organizers over her participation in postmatch news conferences. She was fined $15,000.

She said before the tournament that she would not speak to journalists, citing concerns for her mental health. On Instagram, she wrote that she had experienced bouts of depression since 2018.

Hamilton, who is chasing a record eighth Formula 1 title this year, offered encouragement to Osaka. 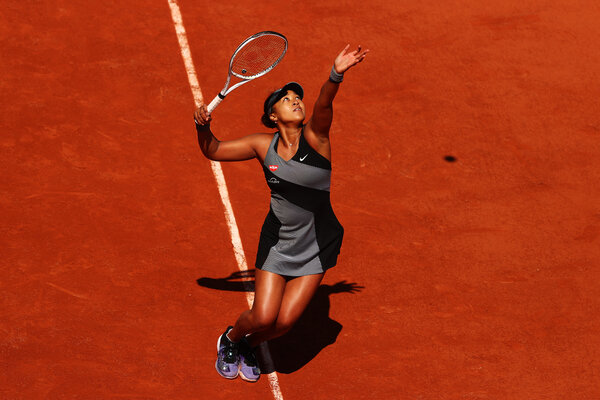 “For her own personal health she didn’t feel comfortable doing something, and the backlash is ridiculous,” Hamilton said on Thursday from Azerbaijan, where he was preparing for the Grand Prix there on Sunday.

“People not taking into account that she’s a human being, and she’s saying, ‘I’m not well enough to do this right now.’ I think that needs to be really looked into as to how people have reacted to that, and they should be supporting and uplifting to her.”

As a Black person in a sport dominated by white people, Hamilton has been in the spotlight since he became, at 10 years old, the youngest driver to win the British Cadet Kart Championship,

In 2007, at 22, a year younger than Osaka, he started in Formula 1 with McLaren. He found it difficult to deal with media commitments.

“When you’re young and you’re thrown into the limelight, it weighs heavily, and most of us are not prepared, “said Hamilton, now with Mercedes, who is in the rare position of being in second place in the driver standings, 4 points behind Max Verstappen of Red Bull.

“I remember when I got to Formula 1 and the team had P.R. But I was never prepared for being thrown in front of the camera, I was never guided as to what to look out for, or helped to navigate through that. It was incredibly nerve-racking.”

Daniel Ricciardo of McLaren said it was important to respect everyone’s space.

“I think in general, the media have to be just careful sometimes — I don’t think this is the situation now — but how they write things,” he said. “People can be quite sensitive, and feelings are real.”

Hamilton said he applauded Osaka for her “incredible bravery” to make a stand.

“It’s now making those in power think about how they react, because I think the way they reacted with the fine was not good,” Hamilton said. “Someone talking about their personal mental health and then being fined for it, that isn’t cool.

“They could have definitely handled that better. I hope they take a deep dive into it and find a better way to navigate the future. As athletes, we are pushing ourselves to the limit, we are on the edge, and we’re only human beings.”