Check out what’s clicking on FoxBusiness.com.

The Tampa Bay Buccaneers released Antonio Brown on Thursday but concerns about the guarantees in his contract apparently came up before his ordeal during the team’s game against the New York Jets.

Brown signed a one-year, $3.1 million contract, which included a more than $916,000 in base salary, a $2 million signing bonus and more than $370,000 in a roster bonus, according to Spotrac. He also had statistical benchmarks to hit in which he could gain more incentives. He could’ve earned $6.25 million in all. 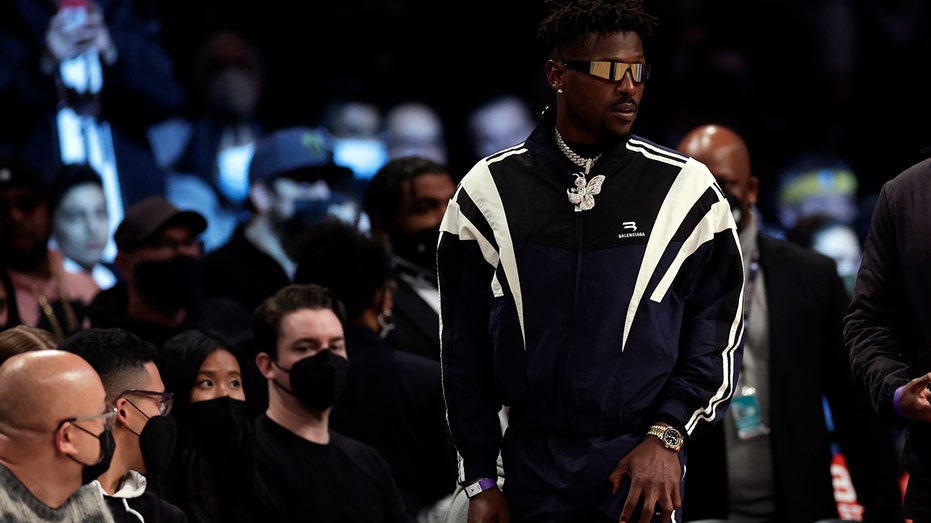 General manager Jason Licht told ESPN that before the wide receiver had his outburst and left the team, Brown and his agent requested that the rest of the $2 million in incentives be guaranteed. Licht said the team declined Brown’s request.

He needed eight more receptions, 55 more receiving yards and another receiving touchdown to hit three separate bonuses that would have earned him $333,000 each, according to Spotrac.

Brown had three catches for 26 yards and was targeted five times. It’s unclear what sparked the outburst on the sideline that left the wide receiver walking off the field. 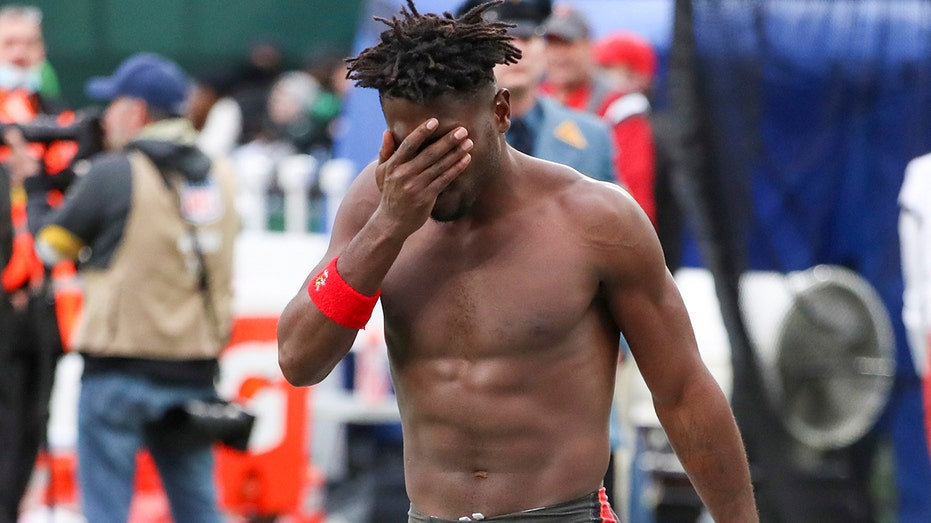 Tampa Bay Buccaneers wide receiver Antonio Brown wipes his face as he leaves the field after throwing his equipment into the stands while his team is on offense during the third quarter of an NFL football game against the New York Jets, Sunday, Jan. (Andrew Mills/NJ Advance Media via AP / AP Newsroom)

Brown on Wednesday made claims through his attorney he left the game because he was told he was "done." He said he didn’t quit and that he was cut. He said in the statement that coach Bruce Arians knew about his ankle issue, which he had been on the injury report for going into the Week 17 game.

Licht told ESPN that Brown didn’t disclose to medical personnel about his ankle and the team made "reasonable accommodations" to bring the issue to a close if Brown was injured. While Brown said he had an MRI that showed "broken bone fragments stuck in my ankle, the ligament torn from the bone, and cartilage loss, which are beyond painful," Licht said Brown’s camp declined to send over the medical information.

The Buccaneers released a statement on releasing Brown. 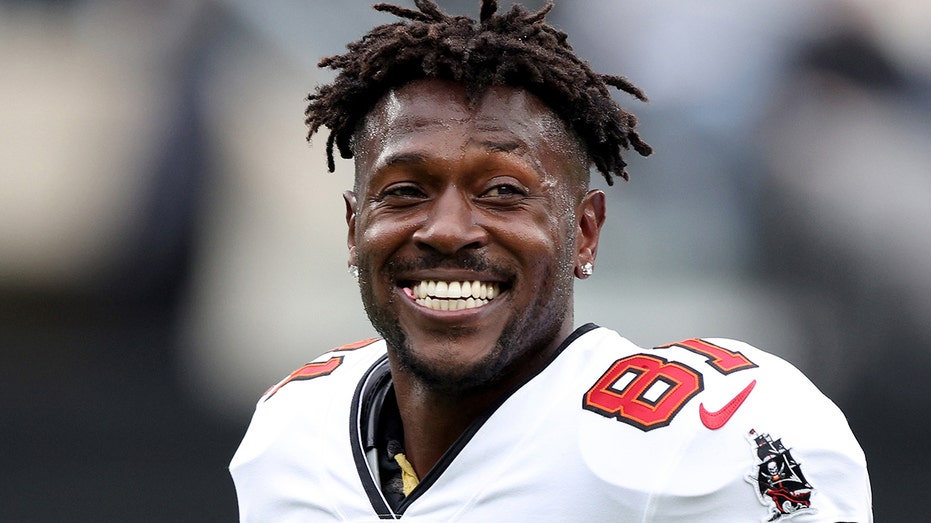 Antonio Brown of the Tampa Bay Buccaneers warms up prior to the game against the New York Jets at MetLife Stadium on Jan. 2, 2022, in East Rutherford, New Jersey. (Elsa/Getty Images / Getty Images)

"The Tampa Bay Buccaneers have terminated the contract of Antonio Brown, effective immediately. While Antonio did receive treatment on his ankle and was listed on the injury report the week leading up to last Sunday’s game, he was cleared to play by our medical team prior to the start of the game and at no point during the game did he indicate to our medical personnel that he could not play. We have attempted, multiple times throughout this week, to schedule an evaluation by an outside orthopedic specialist, yet Antonio has not complied. Maintaining the health and wellness of our players is of the utmost importance to our organization," the team said.