Phoenix is the first team to the make the Finals after missing the playoffs for 10 straight seasons. 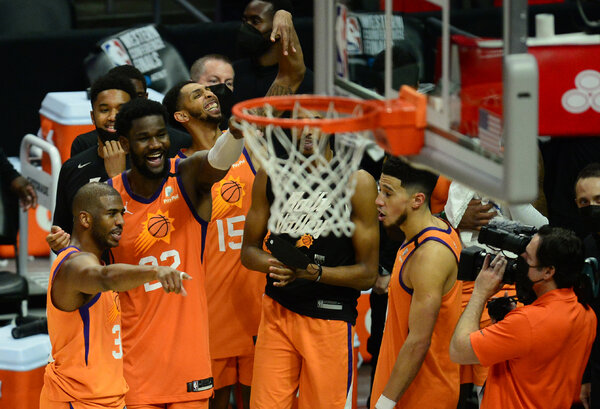 Chris Paul was on the floor for only four of six games in the Western Conference finals, then revealed after the game of his life that he had a new wrist injury. Devin Booker reluctantly wore a plastic face shield over his broken nose for three games until he finally ditched it.