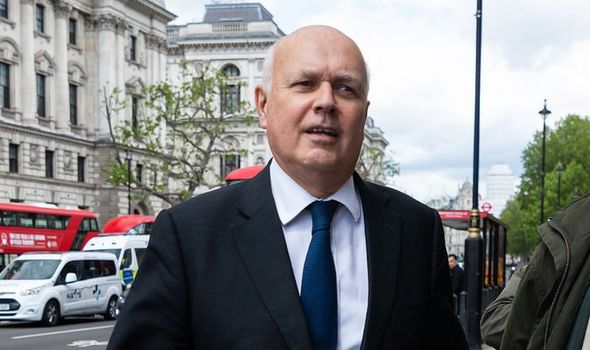 The former leader of the Conservative Party then joked: “Zut alors!” – meaning damn in French.

But he warned: “There is no reason we should back down.We negotiated something, hard luck. If the French don’t like it they should go and kick the backside of the EU negotiators. This is perennial and it was going on before Brexit. The French are heading for an election. They’ve got a French president who is not doing very well in the polls, and a lot of shift and change in politics.And of course any chance to pull the tail of the lion will be taken with glee.

“So a lot of this stuff is engineered in France, I believe, as part of this process of ‘we’re standing up to perfidious Albion’ [the UK], and ‘we will not let them get away with stealing our fishing rights’.”

He spoke after Clement Beaune, France’s Secretary of State for European affairs, said action would be decided on within days due to Jersey refusing fishing licences to a handful of French boats.

He said: “We defend our interests. We do it nicely, and diplomatically but when that doesn’t work we take measures. The Channel Islands, the UK, are dependent on us for their energy supply. They think they can live on their own and badmouth Europe as well. And because it doesn’t work, they indulge in one-upmanship.”