Vitaly Shevchenko discussed Russian citizens going to visit the now deceased former Soviet leader Mikhail Gorbachev in Moscow. Mr Shevchenko explained the importance of the venue where Mr Gorbachev lay. And claimed it was the location where Vladimir Lenin had previously given roughly 50 speeches to the Russian people. Mr Shevchenko told Naga Munchetty that you would not see Russian Dictator Putin visiting the cemetery or coffin.

Ms Munchetty said: “This is what we’re seeing at the moment inside Moscow with a coffin, and him lying in state.

“And people will be, well literally just paying their respects I mean we saw President Putin lay some red roses I think it was yesterday.”

Mr Shevchenko told the BBC: “It was at the hospital where Gorbachev died.

“But this venue where he is lying in state right now is very important, this is where all the Soviet leaders lay in state.

“This is where Lenin made about 50 speeches, this is very key but what we’re not going to see is President Putin visiting the coffin at the venues or going to the cemetery.” 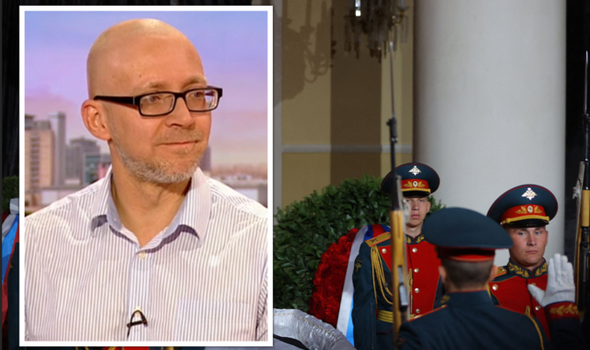 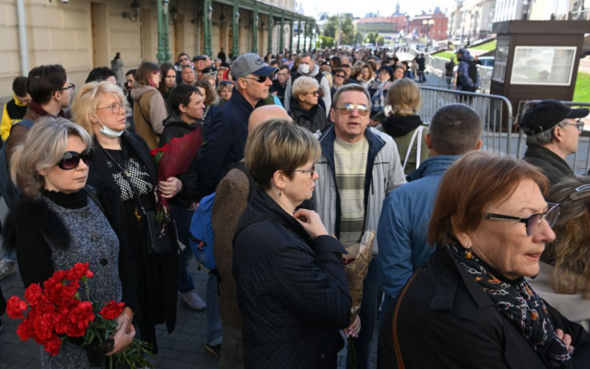 Due to Mr Gorbachev’s death earlier this week, many military and political experts have been discussing his previous relationship with President Putin.

Experts have been comparing the two, and many world leaders have come out to pay tribute to Gorbachev.

Putin was seen earlier this week laying a bunch of red roses next to Gorbachev’s body.

Some experts have claimed that Gorbachev was upset with Putin.

A man who knew the Noble Peace Prize winner, Senior Russian journalist Alexei Venediktov explained to Forbes in July this year that Gorbachev was not happy with Putin.

Mr Venediktov said; “I can tell you that he is upset. Of course, he understands that… this was his life’s work.

“Freedoms were brought by Gorbachev. Everyone forgot who gave freedom to the Russian Orthodox Church? Who was it? Mikhail Sergeyevich Gorbachev. 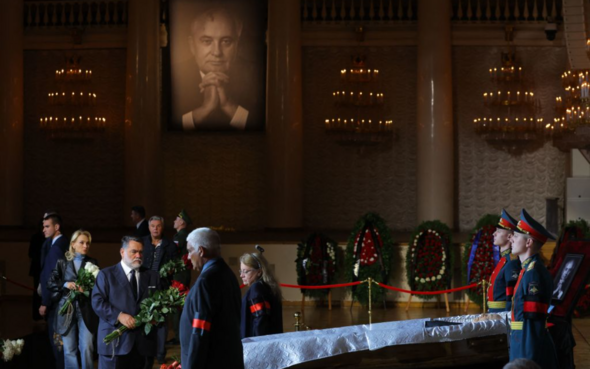 “Nilch, zero, ashes. When Gorbachev was leaving, there were 4,000 NATO Response Forces in Europe. Four thousand.