Speaker Lindsay Hoyle erupted at MPs who clapped after Gary Sambrook from Birmingham called on him to resign. Speaker Hoyle slashed: “Can I just say you ought to be embarrassed by clapping!” He exclaimed: “This is not a debate. This is not a debating society.” Upon hearing more clapping, he pointed his finger in anger and said: “This is Prime Minister’s Questions. I want to get through the questions. There are other people who want to catch my eye. The way to do it is not by clapping,” he slashed.

In response, Boris Johnson said: “Mr Speaker, there is a simple reason why they want me out.”

Under booing from the Opposition, he continued: And this is because they know, Mr Speaker, that otherwise we’re going to get on and deliver our mandate – and win another general election.

“And that is the reality, Mr Speaker”, he slammed. 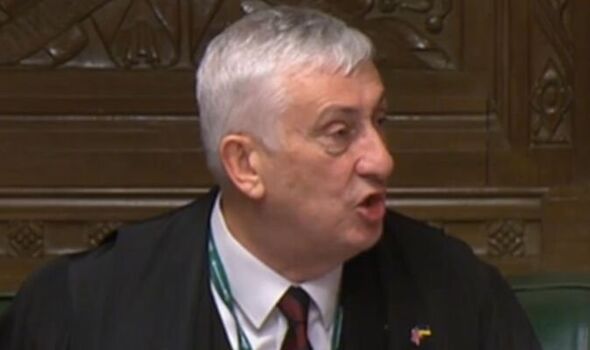 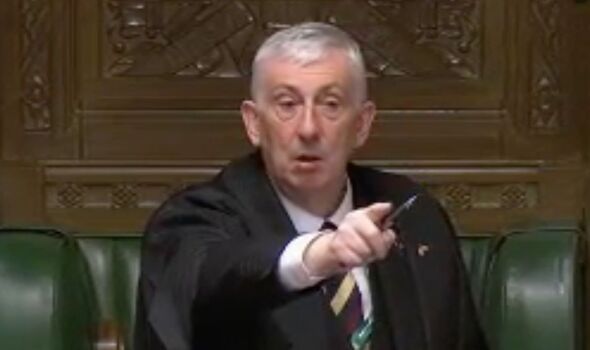 Previously, Gary Sambrook had slammed the Prime Minister, saying: “Isn’t it the example, Mr Speaker, that this Prime Minister constantly tries to deflect from the issues, always tries to blame other people for his mistakes.

“There’s nothing left for him to do but to take responsibility and resign,” he added under a torrent of applause.

His remarks come after a flurry of resignations – at least 20 ministers or officials have handed in their resignations on Wednesday.

Viktoria Atkins, a long-term ally, was the latest high-ranked official to step down as Home Office minister, saying “integrity, decency, respect and professionalism” should matter. 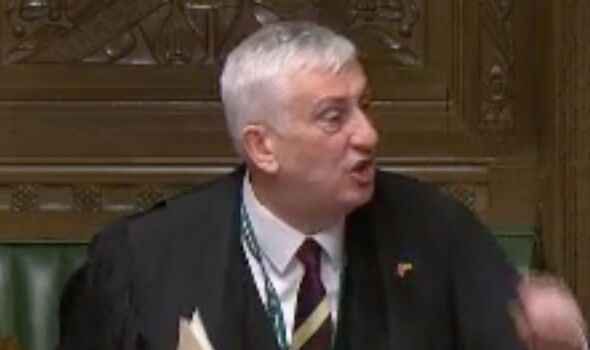 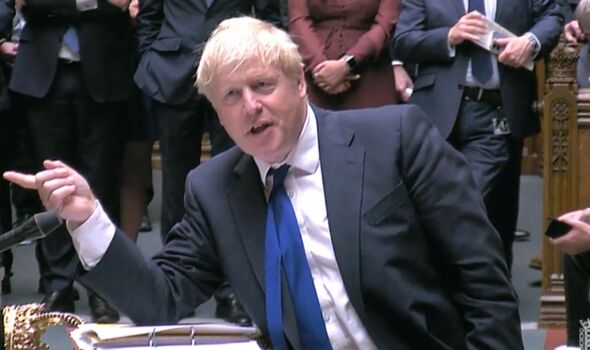 The latest revelations by Lord McDonald on the Prime Minister’s knowledge about Chris Pincher’s misbehaviour was the last straw for Ms Atkins.

“(They) highlight just how far your government has fallen from these ideals. I can no longer pirouette around our fractured values. We can and must be better than this.”

Former Chancellor of the Exchequer Rishi Sunak and former Health Secretary Sajid Javid resigned from the same motives on Tuesday, each of them citing the integrity of Boris Johnson’s Government.

Despite the wave of high-level resignations, Boris Johnson has vowed to carry on with “the job under the difficult circumstances.”

DON’T MISS:
Where do the other members of Boris Johnson’s cabinet now stand? [EXPLAINER]
Queen looks pensive as she is spotted heading home to huge crisis [ANALYSIS]
Boris Johnson skewered by former ally in stark attack: ‘Sort this out’ [REPORT] 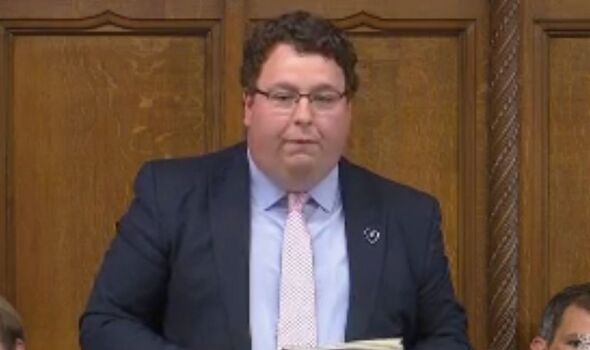 However, Boris Johnson’s leadership is in danger as the 1922 Committee has reportedly drawn up contingency plans to start leadership hustings as soon as Monday.

Under the party’s current rules, Boris Johnson is safe from another confidence vote until June 2023 after he survived one in early June.

But the committee is reportedly likely to change the rules on Wednesday to hold a second confidence vote in the Prime Minister.

READ NEXT:
Pretenders circling to replace Boris Johnson as Prime Minister
Tice insists Boris downfall will not threaten Brexit
Have Your Say: Is the game up for Boris? Should he resign as PM?
Controversy drowns out anything to do with serious policy
‘Should be embarrassed!’ Speaker FURIOUS as MPs clap for Boris resign