Mr Miller spoke exclusively to Express.co.uk of the harrowing experience of being “unlawfully arrested” after he and Mr Fox – the founders of the Bad Law Project – were filmed intervening on behalf of a former army veteran who was being threatened with arrest by Hampshire police officers for reposting an image someone found offensive.

The police officers from Hampshire constabulary were criticised by their own Police and crime Commissioner following their actions on Thursday night at the home of a British Army veteran. Officers from the local branch arrived at the former soldier’s house to question him after he reposted an image of LGBTQ+ pride flags in the shape of a swastika.

During the incident the officers also arrested Mr Miller, a former policeman and co-founder of the Bad Law Project, a pressure group whose mission is “to challenge and depoliticise our democratic foundational institutions,” and help individuals who claim to be suffering injustices at the hands of these institutions.

Three police officers arrived at the man’s house earlier this month, alleging that a hate crime was reported.

They returned on Thursday and were confronted by Mr Fox, and Mr. Miller, who arranged to confront the police on camera. 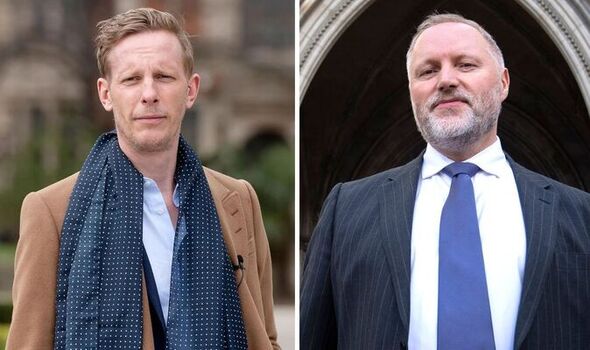 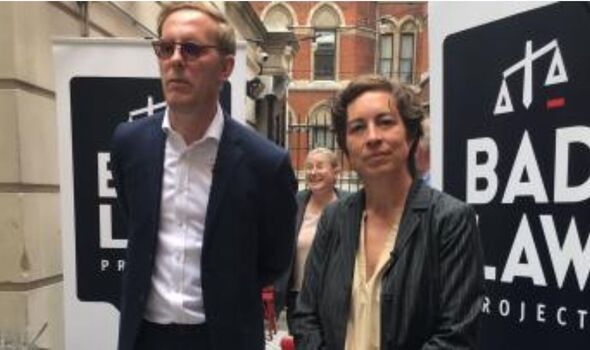 Speaking exclusively to Express.co.uk, Mr. Miller said: “We were there based on a request by the gentleman whose house it was who’s being investigated, based on the video that we’ve seen of the police attending his property the week before.

“Three police officers had turned up based on investigating the trans flag incident.

“So the first thing that the gentleman says (who by the way, is a war veteran with a chest full of medals) is look, are you here to investigate me for a crime or a non crime? And they say, a crime: Section 127 of the Communications Act.

“Now at that point, PACE kicks in. They have to caution him. They don’t. What they do is they take him around the back of the house. He explains that he’s not the originator of the post. That Lawrence Fox is. They say that doesn’t matter because we’re investigating You, because You have caused somebody offence with you posting it.” 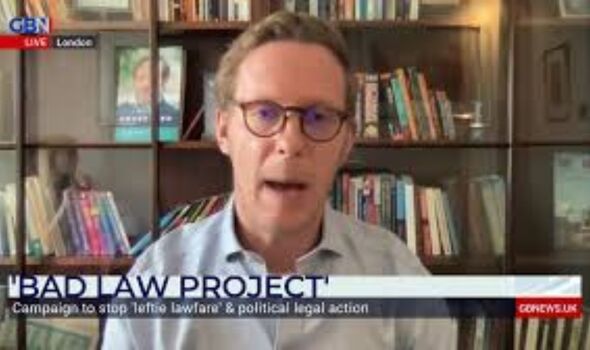 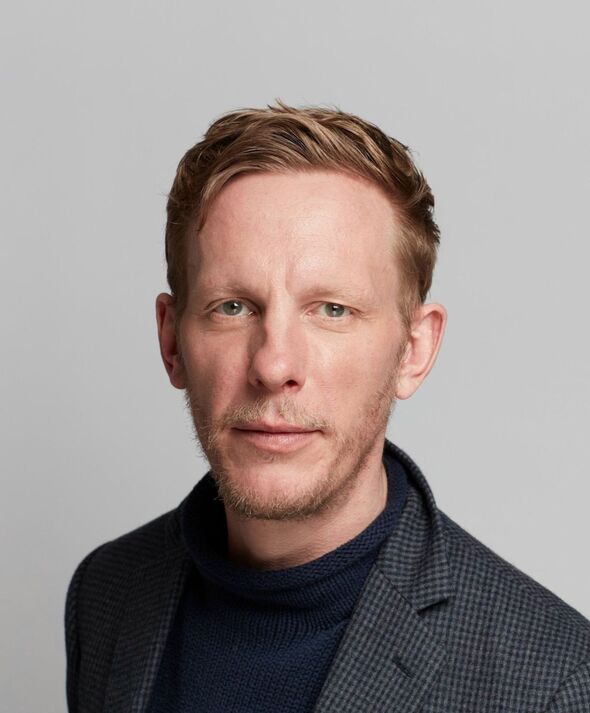 It comes after Mr. Fox received a temporary ban last month from the social media site after changing his profile picture to the re-shaped LGBTQ+ flag, and sharing the image with his followers.

Mr. Miller added that the officers attempted to “shake down” the veteran with the offer of taking a £60 “re-education course”, which would teach him methods to avoid offending others when posting on social media.

This includes practises such as asking his neighbours to double check a Facebook post before he posted it.

He said: “Then they say to him: ‘what we can do is we can downgrade this from a crime to a non crime if you sign our community resolution order.”

“They said, ‘It’s to re educate you.’ For instance, they’ll teach you that before you post something again on Facebook, maybe go and see your neighbour, and check with them to see if it’s okay. And he said, ‘I’m a 50 year old f****** man, I’m not asking my neighbour if it’s okay to post on Facebook.’”

“I tried to explain to them how what they did was unlawful. It was like talking to dead-eyed sharks. There was no human being in there. None at all. It didn’t pass me by that one of the police officers who was conducting the arrest, was wearing a pride flag that said Hampshire police on it.

“So I said to him, you are not a valid police officer. You’re wearing a political symbol. You’re investigating me about the flag, and you’re wearing the flag,” he said.

Mr. Miller was subsequently arrested for obstructing a police officer after he attempted to intervene.

The lawyer and former police officer explained why the officer’s arrest of him was unlawful.

Mr Miller furthered: “The offence of obstructing a police officer is predicated on the police officer behaving lawfully. Well, they weren’t. They were behaving entirely unlawfully.

“You cannot arrest somebody about the posting on Facebook, of a flag. You just can’t, you simply cannot do that. So I was preventing them executing an illegal duty, and therefore they’re arrest of me was also unlawful.”

He concluded: “We cannot have a police force that continues in this way. We cannot. Now, when in my instance the high court likened Humberside’s action to the Stasi, the Cheka and the Gestapo, it was very similar to if you could imagine a Health Authority being told by the court that it was being run by Josef Mengele, Harold Shipman, and Beverly Allitt.

“It’s that same sort of language. Now, you would expect that to prompt very serious dramatic action, you would expect that health authority to be put into special measures and everybody responsible to be fired. That did not happen with Humberside at all. That is why the police have learned that even when they are wrong, there are no consequences.

“We will hound every single Chief Constable who allows its officers to behave in this way. And we will threaten them judicially. We will make their lives a misery through the courts. And we do that until Priti Patel, or whoever the Home Secretary is finally takes up the challenge and does the work that she’s supposed to do that, unfortunately, has been left for us to do.”

Since the incident on Thursday, PCC Donna Jones has called the behaviour of the officers into question, saying she would be writing to the College of Policing to encourage “greater clarification on the guidance in order to ensure that police forces can respond more appropriately in the future,” she wrote in a Twitter statement on Friday evening.

Mr Miller successfully challenged College of Policing guidelines on so-called non-crime hate incidents at the Court of Appeal last year, after being questioned by police at his home for sharing an allegedly “transphobic” Tweet.