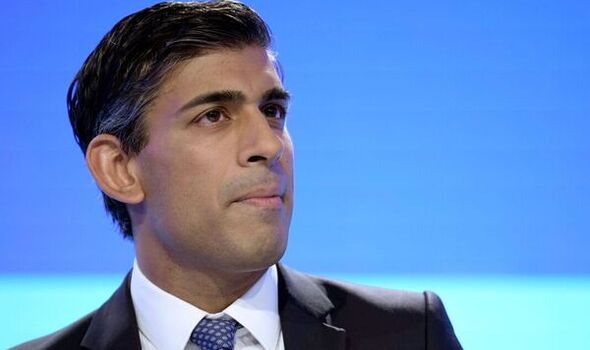 Sir Keir Starmer’s party is preferred on the economy by 33 to 32 percent.

And it is regarded as more likely to cut taxes by 38 to 24 percent, the Redfield and Wilton survey discovered.

Labour is also seen as more likely to deal with the Channel migrant crisis by 27 to 24 percent and is even more trusted on Brexit by 29 to 27 percent.

In a week where the Conservatives have become embroiled in rows about the Online Safety Bill, Labour is seen as the party of free speech by 33 to 24 percent.

However, the Tories are narrowly more trusted on reducing the number of illegal migrants, defence and Ukraine.

It comes as the weekly tracker poll for Express.co.uk by Techne UK has also confirmed the resurgence of Reform UK with five percent and the Conservatives still 23 points behind Labour.

The loss of trust in the Tories comes after the party twice ditched prime ministers since the summer, with Boris Johnson removed over Partygate and then Liz Truss surviving just 48 days after her disastrous mini-Budget.

Mr Sunak’s Government has infuriated his own MPs with Chancellor Jeremy Hunt raising taxes while also floating the idea of a watered-down version of Brexit on a so-called Swiss model that accepts open-door immigration with free movement of people and takes rules from Brussels.

According to the Techne poll, Labour is down one point on 49 percent but 23 points ahead of the Tories, who are also down one to 26 percent. Meanwhile, Reform UK is up one percent to five, and the Lib Dems are up one percent to 10 points.

According to Electoral Calculus, if this result happened in a general election, Labour would have a massive majority of 278 while the Tories would be stuck on just 92 seats, their worst result ever.

Michela Morizzo, chief executive of Techne UK, said that part of the reason the Conservatives are struggling is because of the rise in the Reform UK vote led by Richard Tice, with some also believing Nigel Farage could make a comeback.

She said: “The political situation continues to evolve in a climate of general uncertainty. Notably, this week we have seen Reform UK and the Lib Dems grow by one percentage point respectively. A trend, especially that of Reform UK, which started growing for a few weeks.”

She said as the link between voters and parties weakens “the electorate tends to move where they think [they will] find answers to their problems. However, the scenario remains evolving and the next months will be crucial.”