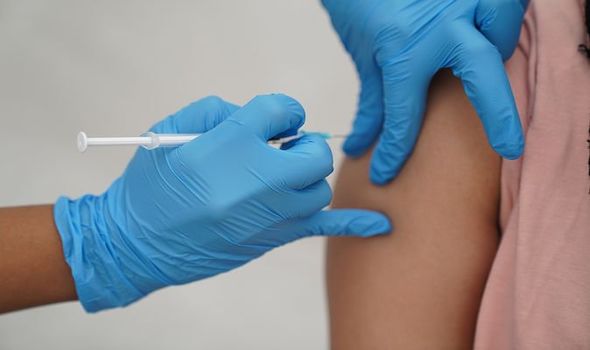 Boris Johnson has ordered his Cabinet to throw “absolutely everything” at ensuring there is not another lockdown.

He is said to be planning a “toolkit” that also includes booster shots and a major flu jab drive.

A six-month extension to emergency powers allowing the Government to take swift action in response to the virus is also expected.

Meanwhile, universities have begun a huge push to get students vaccinated, with one institution – Sussex University – offering cash prizes of £5,000.

Last week, vaccines minister Nadhim Zahawi confirmed that passports would be introduced at large venues in England to avoid a winter shutdown. And yesterday, Culture Secretary Oliver Dowden said the scheme would start at the end of this month and would likely be extended.

He insisted the Government “wants as few restrictions for as short a period as possible” but, if the Covid rates continue to rise, the Cabinet will implement plans “to protect the public”.

The passports are likely to infuriate some Tory MPs, who are opposed to any tough rules being introduced.

It is hoped the scheme will motivate as many people as possible to get vaccinated, especially those in the younger age groups who have so far resisted.

Scotland’s First Minister Nicola Sturgeon this week confirmed vaccine passports will be introduced there for entry into large venues from October 1.

They will be required to enter nightclubs, music festivals and some football grounds, she added. Mr Dowden said: “We want as few restrictions for as short a period as possible.

“But if we need them to protect public health, we will.

“That is why we have said in relation to very high-risk venues – and a nightclub is an example of that – we will be looking at bringing in certification for the nightclubs towards the end of the month.”

He added that the Government “continues to engage with sporting and culture venues”, adding: “We are always reluctant to impose further burdens on businesses unless we really have to.”

It is thought the introduction of passports will coincide with all over-18s having had the chance of two Covid jabs.

Mr Zahawi said: “The worst thing we can do is to have a sort of open-shut-open-shut strategy because we see infection rates rise because of the close interaction of people.”

Mr Johnson has privately vowed that another lockdown is “out of the question”.

He believes it is time to “learn to live with Covid forever” but wants to see the Coronavirus Act 2020 renewed as a precaution.

The emergency powers within it expire at the end of this month, so the PM will force a vote on extending them. It is hoped all the measures will prevent pressure on the NHS spiralling out of control.

Figures released yesterday show that 8,085 people are in hospital in the UK with Covid – a six-month high.

However, this remains well below the second peak in January when 39,254 were in hospital. Numbers have been rising slowly since the third wave of the virus began in May.

But Professor Sir Andrew Pollard, whose team developed the Oxford/AstraZeneca vaccine, insists the UK is not experiencing any major lapse in the protection offered by the vaccines. He says that means instead of delivering booster jabs, the priority should be to donate supplies to countries where people are still awaiting a first dose. This would help stop deadly mutations which avoid the current batch of vaccines.

He said: “As far as I’m aware, up to this point, we’ve not seen any major breakdown in protection that we have in our population.”

Immune responses “do start to fall” over time “and of course that is happening at the moment”, he added.

He said that “in the vast majority of the population, we still are enjoying very high levels of protection despite that declining immunity” – insisting it was important to separate the two things.