Number 10 has confirmed the Prime Minister intends to scrap a key 2019 manifesto promise to keep military spending above inflation. Boris Johnson stumbled over his own momentum yesterday when he demanded further commitment from NATO at the Madrid summit, and his Government played down a key pledge to keep spending 0.5 percent above inflation. The news has reportedly rattled his Cabinet as it would put the country behind the rest of its allies.

The Prime Minister pledged in 2019 that his Government would seek to keep defence spending 0.5 percent above inflation and at two percent of GDP, the latter aim in line with other countries within the NATO alliance.

Defence Secretary Ben Wallace advised Mr Johnson to keep to the pledge in a letter leaked last week asking for a further £10billion a year and a plan to boost the total to 2.5 percent of GDP by 2028.

In a speech to the Royal United Services Institute (RUSI) think tank on Tuesday, he said the UK faced a “1937 moment” and must “change” its approach to foreign threats, boosting investment as Russia and China loom large over Europe.

But on Monday, a senior Government source told The Guardian officials were reconsidering this, as the UK needed “a reality check on things that were offered in a different age”. 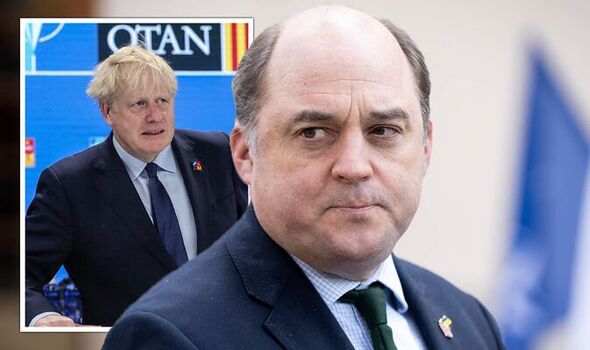 News that he would ditch the pledge reportedly angered Cabinet members, but successive Conservative administrations have lowered the amount spent on the military as a proportion of GDP.

Quickly rising British GDP and the end of World War 2 have meant that, since the late 20th century, military spending has consistently fallen from a high of 6.34 percent in 1960. 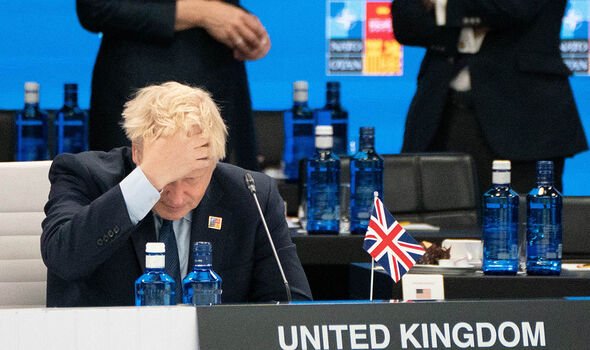 By 2021, according to data from the House of Commons, defence spending was two percent of GDP, but the Covid pandemic forced the economy to contract, meaning this translated to a real-terms increase of £1.7billion.

While only a gentle increase, the total meant the UK was one of the few NATO nations that managed to fulfil the two percent target in 2021.

On Tuesday, the Foreign Secretary told the foreign affairs select committee that she backed his proposal to boost spending to 2.5 percent of GDP. 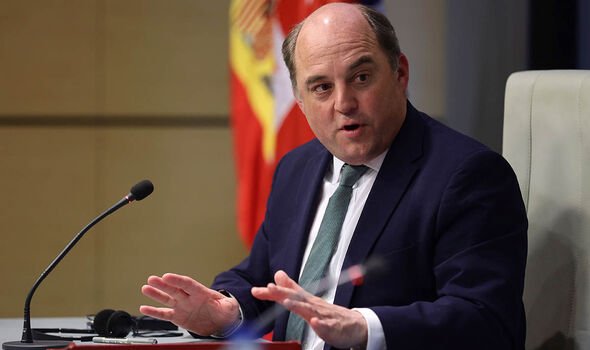 Speaking to the gathered MPs, Ms Truss said she agreed with the Defence Secretary’s “concerns”.

She added: “The free world did not spend enough on defence post the Cold War and we are now paying the consequences.

“I support the aims of increasing defence spending through NATO.”

The Prime Minister has teased he would approach the alliance regarding the spending “floor” at the summit.

When asked whether he would favour the boost called for by Ms Truss and Mr Wallace, he said there would be conversations in Madrid.

He said: “It was the UK that brought in the idea there should be a two percent floor.

“We will have to have a conversation at NATO about where we go next.

“That’s something we will be talking about with friends and colleagues.”