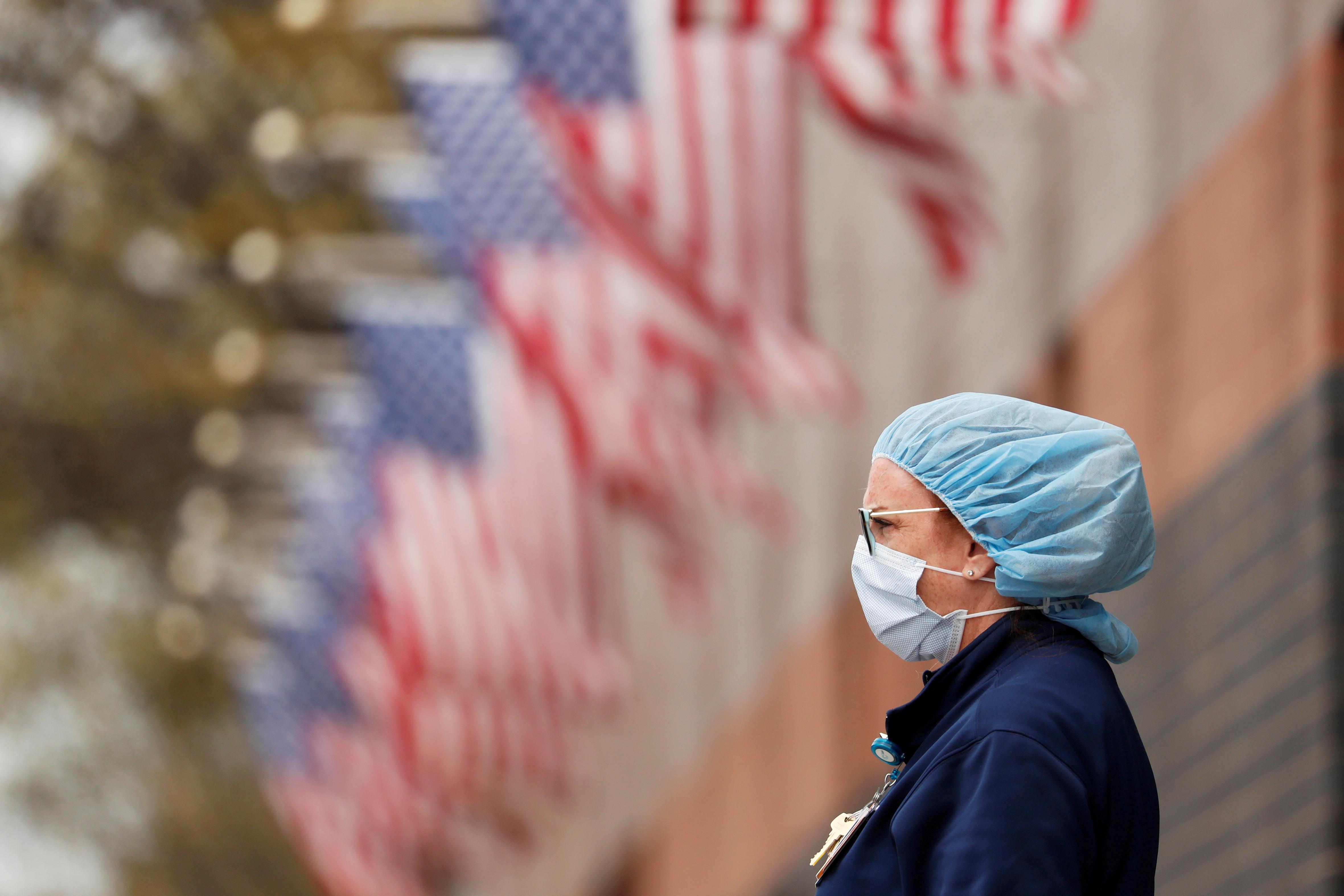 (Reuters) – U.S. coronavirus cases topped 800,000 on Tuesday, doubling in about two weeks, according to a Reuters tally.

The United States has by far the world’s largest number of confirmed coronavirus cases, almost four times as many infections as Spain, the country with the second-highest number. Globally, cases topped 2.5 million on Tuesday, with North America accounting for one-third of all cases.

New reported U.S. cases appear to be slowing this week, rising by less than 30,000 a day for the past three days. The United States had a record 35,392 cases on April 4.

Medical experts have warned that increased testing will be necessary for the lifting of stay-at-home measures, which experts say are essential to slowing the spread of the highly contagious respiratory illness. However, the measures have ground the economy to a standstill and forced more than 22 million people to apply for unemployment benefits in the last month.

U.S. deaths were nearly 45,000, up over 2,000 with many states yet to report on Tuesday. Fatalities have slowed in recent days, rising by less than 2,000 a day for the past three days through Monday.

Coronavirus-related fatalities in the United States hit a peak of 2,806 on April 15, the deadliest single day of the epidemic.

Hot spots are still emerging, however, in Chicago, Boston and Philadelphia.

New York is at the epicenter of the U.S. health crisis, accounting for nearly half of the deaths across the country, and has taken a cautious stance on reopening businesses and schools.

On Monday, New York City said that concerts and other large events would be canceled through June, a contrast with some southern states like Georgia and South Carolina that are relaxing their lockdowns.