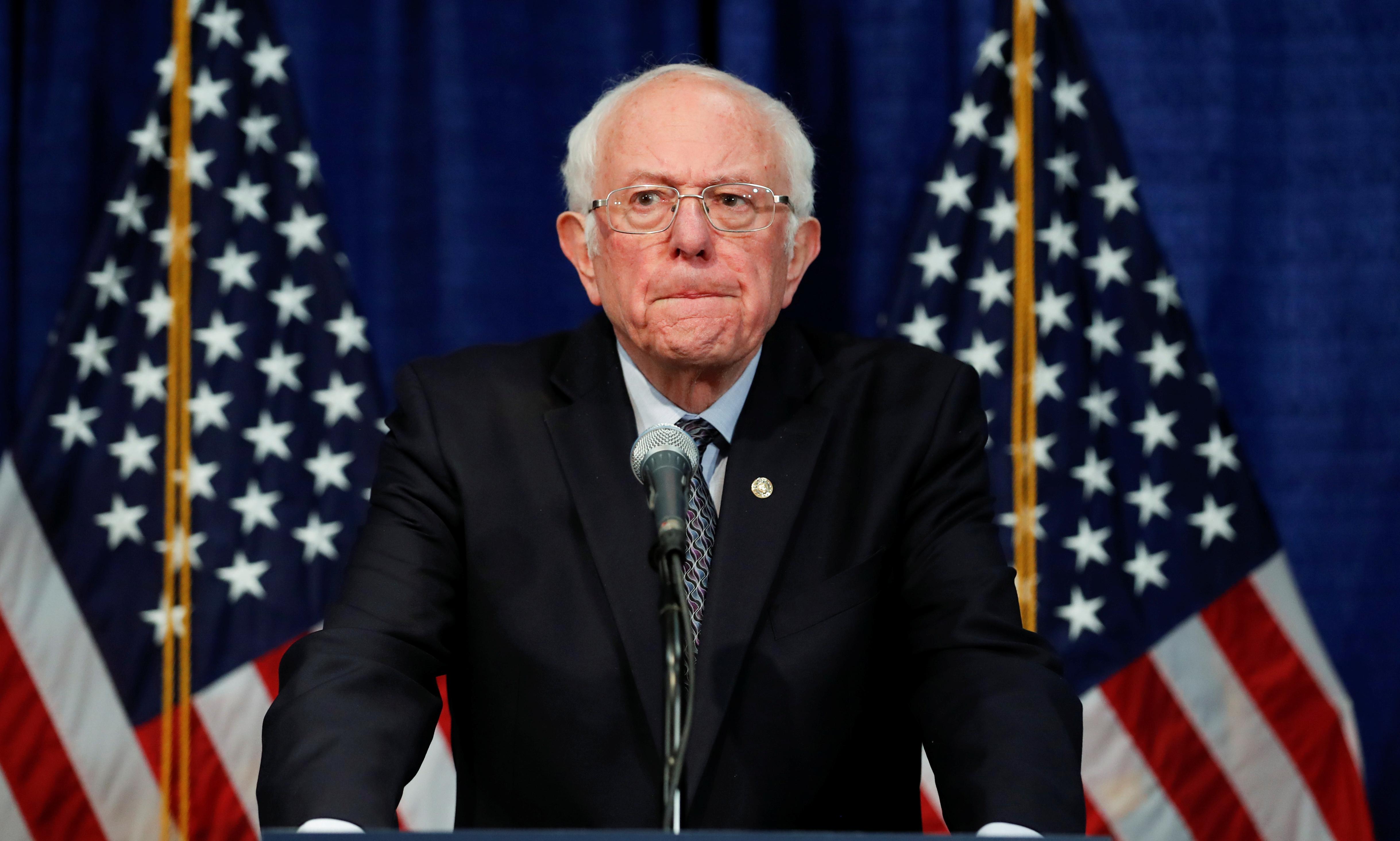 So she cast a ballot Tuesday in Detroit for the Democratic candidate she believes can win back the White House: Joe Biden.

“If we are going to be unified, I think we should go with him,” said Dooley, an African-American fifth-grade teacher.

Millions of Democrats across the country agreed with Dooley during Tuesday’s nominating contests, adding to the momentum and delegate count that has resurrected the former vice president’s campaign. Biden won at least four of the six states that voted, including the biggest prize of Michigan, dealing another blow to the “political revolution” promised by 78-year-old Sanders.

Many voters said they admired the Vermont senator’s authenticity and consistent message, and like his policies, but had cast ballots strategically for Biden, the candidate they think can beat President Donald Trump in the November general election.

“This isn’t the time for extreme,” said Kurt Nortin, a 55-year-old substitute teacher who saw Biden speak in St. Louis on Saturday.

Sanders fell short of his primary performances against Hillary Clinton in 2016, when he pulled off an upset in Michigan and lost by a whisker in Missouri. On Tuesday he lost handily in both those states, places where he hoped to demonstrate his strength among Midwestern voters. Sanders only pulled off a win in North Dakota, a small state with few delegates. In Washington state, Biden and Sanders were in a virtual tie with more than two-thirds of the votes counted.

Sanders had promised his platform of ambitious social programs and raising taxes on corporations and the wealthy would expand the electorate. Instead Americans of all stripes turned out for Biden: women and men, white and black voters, those with or without college degrees, and self-described liberals and moderates. Sanders only dominated among young voters and Latinos.

State after state, voters by roughly 2 to 1 said they would rather pick a candidate who can beat Trump than one they agree with on major issues, according to Edison Research exit polls in the states that voted on Tuesday as well as last week’s Super Tuesday contests.

The overwhelming majority of these voters who cited beating Trump as the top priority – 61% in Michigan, 67% in Missouri, and 82% in Mississippi – voted for Biden, the polls show.

It was a stinging setback for Sanders, who just two weeks ago was riding high with back-to-back strong showings in Iowa, New Hampshire and Nevada.

Wall Street investors fearful of a government takeover of healthcare dumped shares in health insurers, while Democratic Party insiders sounded the alarm that the self-described democratic socialist would not only lose to Trump in November but would also hurt the party’s chances down ballot.

Biden, the moderate former vice president under Barack Obama, was helped in part by a wave of endorsements from moderate Democrats and former rivals, including Pete Buttigieg and Amy Klobuchar who ended their own presidential bids and rallied behind him. On the eve of the pivotal Michigan primary, former rivals Kamala Harris and Cory Booker stumped for Biden at a Detroit rally.

But progressives, whose loyalties had been split between Sanders and Massachusetts Senator Elizabeth Warren, who dropped out of the race on Thursday, have yet to close ranks around Sanders.

While nearly all of Biden’s moderate rivals endorsed Biden after ending their own presidential bids, Warren has yet to throw her support behind her longtime progressive ally.

Some Warren supporters said they were unable to overcome concerns about Sanders’ electability or the perceived divisiveness of his supporters, despite agreeing with much of his policy platform.

Dooley, the Michigan teacher who voted for Biden, said she liked the platforms of both Sanders and Warren. But when Warren dropped out, Dooley said her personal admiration for Sanders could not bring her to vote for him. She said she was thinking about November.

“For the general population, I feel that (Sanders) might be a little too liberal, Dooley said.

On Tuesday, even voters describing themselves as liberal broke for Biden in Missouri and Mississippi, and were evenly split between Biden and Sanders in Michigan, according to exit polls.

At the same time, many of the ideas Sanders has been taking around the country for the better part of the last five years appear popular among voters. Even in Mississippi, where Sanders was routed by a 66-point margin, 60% of voters said they favored the idea behind Sanders’ Medicare for All bill, replacing private healthcare with a single government plan for everyone.

“The reality is they’re prioritizing electability because of the unique threat of Trump, and they’re saying that Biden is across the board more electable,” he said.

TAKING ON THE ESTABLISHMENT

After losing the Democratic nomination to Clinton in 2016, Sanders built a formidable campaign apparatus for his 2020 run, bolstered by an army of devoted supporters who contributed small donations to his campaign in unprecedented numbers. [L4N2A00B6]

It all seemed to be paying off when he emerged out of Nevada’s Feb. 22 caucuses as the clear delegate leader after three states had voted.

But exuberant crowds of 10,000 people or more at Sanders’ rallies masked his narrow coalition of voters. His mostly young supporters did not turn out to the polls in large numbers, while Biden dominated among the older voters who did show up.

In Michigan, even as turnout surged from 1.2 million in 2016 to an estimated 1.7 million in 2020, Sanders’ core base – voters between the ages of 18 and 29 – made up just 15% of the Democratic primary electorate, down at least 4 percentage points from four years ago.

Sanders showed little interest in reaching out to the Democratic Party’s moderate wing, fueling criticism that he, and his fiercest supporters are sowing intra-party division ahead of a bruising general election battle against Trump.

When Sanders’ campaign on Monday held a call with former Warren supporters to get their input on how to court those who have yet to back him, “it did not go well,” according to a person familiar with the call.

The Warren supporters suggested adopting some of her policies and addressing abusive language of some Sanders backers online, but found the campaign unwilling to take responsibility for the behavior, the person said.

The Sanders campaign did not respond to a request for comment about the call.

When Sanders emerged as a front-runner, Republicans began casting November’s vote as “America vs. Socialism.” Sanders’ Democratic rivals warned that his history of positive comments about left-wing governments like Cuba and Venezuela would damage the party and play into some Americans’ fears of a socialist takeover.

Gary Williams, a 64-year-old physical therapy assistant from Detroit, said he did not see Sanders as a socialist, but that he had a “message for the people.”

Still, Williams said he feared that with what he called the “establishment” of the Democratic Party against Sanders, Biden was a better bet to beat Trump.

“If you were to ask what Biden’s message is, I don’t even know,” said Williams. He said he voted for Biden anyway.

That kind of singular focus among Democratic voters was on display at Biden’s St. Louis rally.

Nortin, the substitute teacher, showed up wearing an t-shirt emblazoned with AOC, the acronym for Alexandria Ocasio-Cortez, the progressive lightning rod who has challenged the party’s Old Guard and supports Sanders.

But 55-year-old Nortin said he’s casting his lot with Biden with one thing in mind: “We gotta get (Trump) out.”