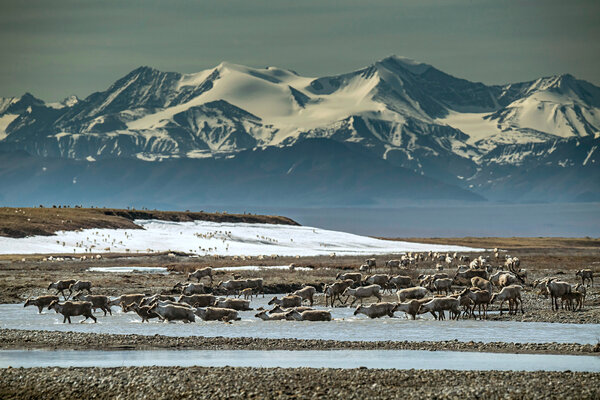 The Biden administration on Tuesday will suspend oil drilling leases in the Arctic National Wildlife Refuge that were issued in the waning days of the Trump administration, according to two people familiar with the matter.

Interior Secretary Deb Haaland will publish a secretarial order formally rescinding the leases, according to the people, who were not authorized to speak about the matter because it had not yet been publicly announced.

“Since we started this effort, we have always been told to work in a good way and if we do, good things will come. We are seeing proof of that today,” Tonya Garnett, special projects coordinator for the Native Village of Venetie Tribal Government, said in a statement. “I want to thank President Biden and the Interior Department for recognizing the wrongs committed against our people by the last Administration, and for putting us on the right path forward. This goes to show that, no matter the odds, the voices of our Tribes matter.”