Texas lawmakers on Saturday finished drafting a bill that would impose a raft of new voting restrictions, setting up the likely passage of what would be among the most far-reaching laws in Republicans’ nationwide drive to overhaul elections systems and limit voting.

The bill would tighten what are already some of the country’s strictest voting laws, and it would specifically target balloting methods that were employed for the first time last year by Harris County, home to Houston.

In addition to banning drive-through voting and 24-hour voting, which were used by nearly 140,000 voters in Harris County during the 2020 election, the bill would prohibit election officials from proactively sending out absentee ballots; ban using tents, garages, mobile units or any temporary structure as a polling location; further limit who could vote absentee; and add new identification requirements for voting by mail.

Partisan poll watchers will also have more access and autonomy under the bill’s provisions, and election officials can be more harshly punished if they make mistakes or otherwise run afoul of election codes and laws.

The bill, which was hashed out in a closed-door panel of lawmakers, will now head to both chambers of the Republican-led Legislature for a final up-or-down vote, with no opportunity for either party to try to amend the legislation. Gov. Greg Abbott, a Republican who has said that an election overhaul is a priority, is widely expected to sign the bill. Because the bill must be publicly viewable for 24 hours before a vote is held, the Legislature will not be able to pass it before Sunday.

Texas is one of several Republican-led states — including Iowa, Georgia and Florida — that have moved since the 2020 presidential contest to pass new laws governing elections and restricting voting. The impetus is both Republicans’ desire to appease their base, much of which continues to believe former President Donald J. Trump’s lies about a stolen election, and the party’s worries about a changing electorate that could threaten the G.O.P.’s longtime grip on power in places like Texas, the second-biggest state in the country.

A public version of the bill had not been posted online as of 1:40 p.m. Eastern time, but The New York Times obtained a copy of it and confirmed with Republican officials that it was the final version.

The final 67-page bill, known as S.B. 7, proved to be an amalgamation of two omnibus voting bills that had worked their way through the state’s Legislature. It included many of the provisions originally introduced by Republicans, but lawmakers dropped some of the most stringent ones, like a regulation on the allocation of voting machines that would have led to the closure of polling places in communities of color and a measure that would have permitted partisan poll watchers to record the voting process on video.

Still, Democrats and voting rights groups were quick to condemn the bill.

“S.B. 7 is a ruthless piece of legislation,” said Sarah Labowitz, the policy and advocacy director at the American Civil Liberties Union of Texas. “It targets voters of color and voters with disabilities, in a state that’s already the most difficult place to vote in the country.”

But Republicans celebrated the bill. State Representative Briscoe Cain and State Senator Bryan Hughes, its sponsors, praised the bill as “the product of years of hard work.”

“We are honored to see these efforts result in a bill that provides security and accessibility,” the legislators said in a statement on Friday announcing an agreement on the bill. “Even as the national media minimizes the importance of election integrity, the Texas Legislature has not bent to headlines or corporate virtue signaling.”

The bill took its final form after a contentious monthslong debate that included a session that lasted until 4:30 a.m.; back-room negotiations; procedural errors by legislators; and extended, passionate debate by Democrats, who have tried to stall the bill’s passage through political and legislative maneuvers. 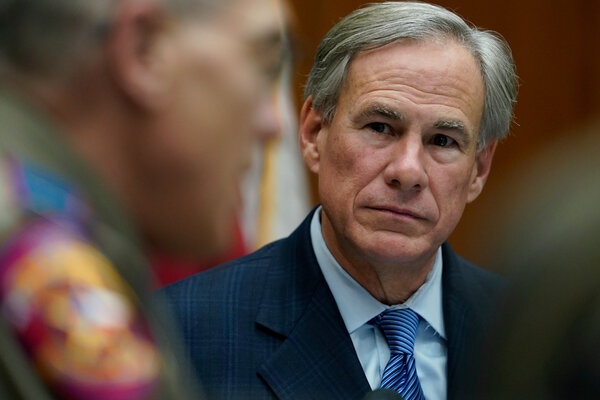 On Friday evening, after Mr. Cain and Mr. Hughes said lawmakers had reached an agreement, Democrats on the committee that worked on the final bill cried foul, saying they had not seen the finished version.

Voting rights groups have long pointed to Texas as one of the hardest states in the country for voters to cast ballots. One recent study by Northern Illinois University ranked Texas last in an index measuring the difficulty of voting. The report cited a host of factors, including Texas’ in-person voter registration deadline 30 days before Election Day, a drastic reduction of polling stations in some parts of the state, strict voter identification laws, a limited and onerous absentee voting process, and a lack of early voting options.

In the preamble to the new bill, the authors appear to pre-emptively defend the legislation from criticism by Democrats and voting rights groups, stating that “reforms to the election laws of this state made by this Act are not intended to impair the right of free suffrage guaranteed to the people of Texas by the United States and Texas Constitutions, but are enacted solely to prevent fraud in the electoral process and ensure that all legally cast ballots are counted.”

In March, Keith Ingram, the director of elections in the Texas secretary of state’s office, testified that last year’s election in the state had been “smooth and secure.” He added, “Texans can be justifiably proud of the hard work and creativity shown by local county elections officials.”

Nonetheless, the bill includes a provision that could make overturning an election easier. Previously, Texas election law had stated that reversing the results of an election because of fraud accusations required proving that illicit votes had actually resulted in a wrongful victory. If the bill passes, the number of fraudulent votes required to do so would simply need to be equal to the winning vote differential; it would not matter for whom the fraudulent votes had been cast.

A day before the Texas bill emerged, a new report pointed to the vast sweep of Republicans’ nationwide effort to restrict voting.

The Battle Over Voting Rights

Amid months of false claims by former President Donald J. Trump that the 2020 election was stolen from him, Republican lawmakers in many states are marching ahead to pass laws making it harder to vote and changing how elections are run, frustrating Democrats and even some election officials in their own party.