It comes after Labour republicans hosted a radical who wants the word “King” excised from the anthem. 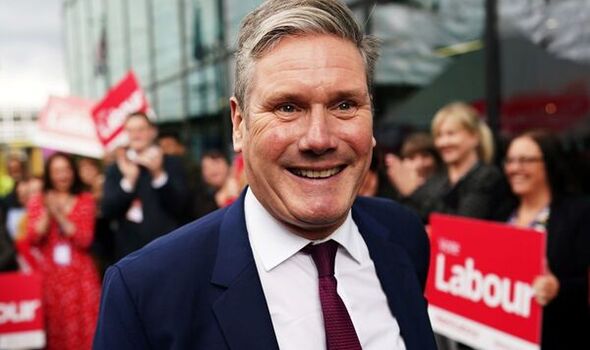 Sir Keir is to open the four-day event in Liverpool today with a tribute to the late Queen before delegates sing God Save the King, despite fears from some Labour officials that activists might jeer.

A Labour MP told the Sunday Express that anyone who disrupts the national anthem should be thrown out of the party. They said: “There will be nutters in the Labour Party, God knows what they will do. But they’re the sort of folk that shouldn’t be in the Labour Party quite frankly.”

Activists last night debated the abolition of the monarchy at a conference fringe event organised by Labour for a Republic. Speakers included Paul Richards, who argues the national anthem should be replaced with a new song which does not focus on the monarch.

He told the Sunday Express: “We need a new national anthem because it’s such an inappropriate song.

“The national anthem doesn’t mention the nation and it’s not about the country, it’s about God saving the King.”

Mr Richards, a former Labour spin doctor, said Jerusalem could be a national anthem for England while the United Kingdom could be represented by a specially-commissioned new song.

Ken Ritchie, a founder member of Labour for a Republic, said he planned to remain silent when God Save the King is sung and expected fellow supporters of a republic to do likewise.

“At a time with Labour ahead in the opinion polls, I think many will feel this is not the time to rock the boat,” he said.

While the conference officially kicks off this morning, fringe meetings at venues across Liverpool began last night. Labour says these meetings are not organised by the party and speakers do not necessarily reflect the views of the leadership.