Liz Truss won the Tory leadership election with a smaller margin than expected with only 81,326 Conservative members supporting her against 60,336 for rival Rishi Sunak. She fell short of the 32-point lead on Rishi Sunak, a Sky News poll predicted for her.

Reacting to the results, Sky News’ Beth Rigby said: “That wasn’t quite the landslide that Liz Truss might have hoped for. Indeed in the polling in the run-up to the vote during the ballot process.

“It was a 66-65 percent – the kind of levels that Boris Johnson secured when he became Prime Minister in 2019.” 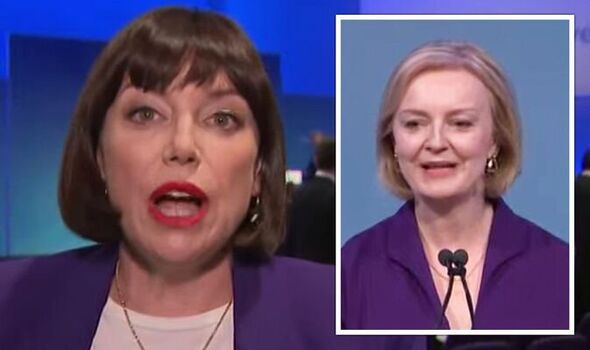 “Not as good there for Liz Truss. By my rough calculation, she came in with about 57-58 [percent] of the vote,” Sky News’ Beth Rigby said, in contrast with the 66 percent predicted by a YouGov survey.

“Again, that’s 42-43 for Rishi Sunak,” Ms Rigby said, up from the 34 percent forecast by the same YouGov survey.

“So, his allies have said to me it would be closer are correct.

“But in terms of what she was saying, she promised that she would deal with the energy crisis, thanked her supporters and she prayed homage there to Boris Johnson, which led to a rather awkward moment where the crowd weren’t sure whether to applaud or not.”