The former Scottish First Minister arrived at the Scottish Parliament at about 12pm where he will give his long-awaited evidence. The former SNP leader is expected to expand on his claims Ms Sturgeon repeatedly broke the ministerial code in her handling of sexual harassment complaints against him. Mr Salmond also alleges the current First Minister mislead parliament. She strongly denies both claims.

Speaking to MSPs he said “this inquiry is not about me” but about the “unacceptable conduct” around the handling of sexual harassment complaints against him.

He says the Scottish government was found to have acted unlawfully in its handling of the complaints and was “tainted by apparent bias”.

He said: “I have no incentive or advantage in revisiting the hurt and shock of the last three years. For two years and six months this has been a nightmare.” 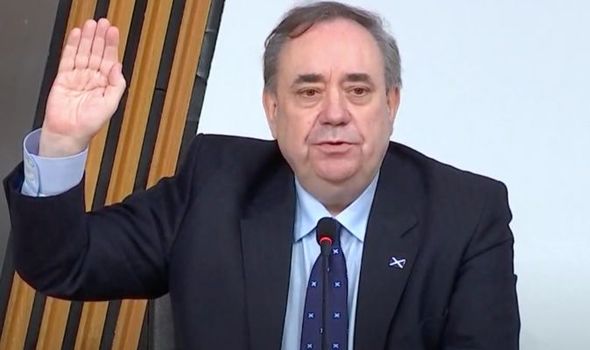 The former SNP leader said his claims have been “blocked and tackled” at every turn.

He said his evidence was “published and the censured”.

The former First Minister, who led the 2014 Scottish leave campaign, is expected to push his claim there was a “malicious and concerted” effort among senior Scottish government and SNP officials to damage his reputation.

Mr Salmond was due to appear before the committee on Wednesday but he pulled out after the Scottish Parliament redacted his written evidence just the day before.

Some 474 words were redacted from Mr Salmond’s evidence.

His lawyer David McKie condemned the move and said the revisions caused “significant surprise and concern”. 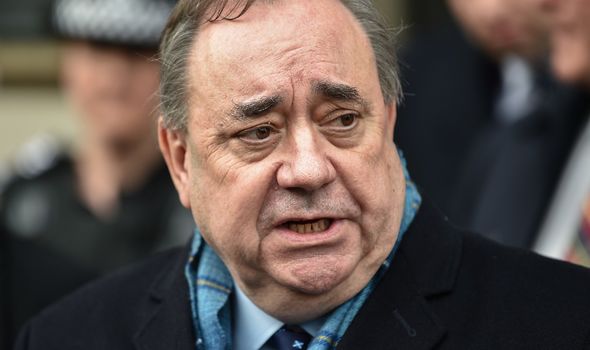 He also said Mr Salmond was “entitled” to have his evidence published, and added: “If any aspect of it is removed, it compromises his oral evidence.”

This resulted in £512,250 in legal costs being paid out to Mr Salmond’s lawyers.

Mr Salmond was separately acquitted of all 13 charges including sexual assault, attempted rape and indecent assault following a trial at the High Court in Edinburgh last year.