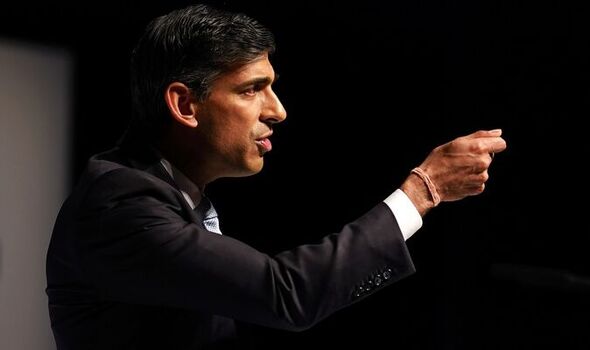 The former Chancellor said he felt a “moral responsibility” to come up with extra help for people this winter and that was the “right priority”. But Ms Truss, who is pushing tax cuts as the first resort before government handouts, is not doing the “moral thing”, he claimed.

In a BBC interview, Mr Sunak said: “I do feel a moral responsibility, as prime minister, to go further and get extra help to people over the autumn and the winter to help them cope with what is going to be a really difficult time.

Mr Sunak said he wanted to put “integrity and honesty” at the heart of his premiership if he wins.

But he refused to answer questions about whether he looked Boris Johnson in the eye and told him why he was quitting his government.

The move, which came minutes after Sajid Javid quit as health secretary, led to the Prime Minister’s downfall.

He said: “Well I’ve had many conversations with the Prime Minister over the time that I’ve been in office with him, I’m sure, I know we talked about lots of things, right, and I’m not going to sit here and talk to you about private conversations I have, that wouldn’t be right.”