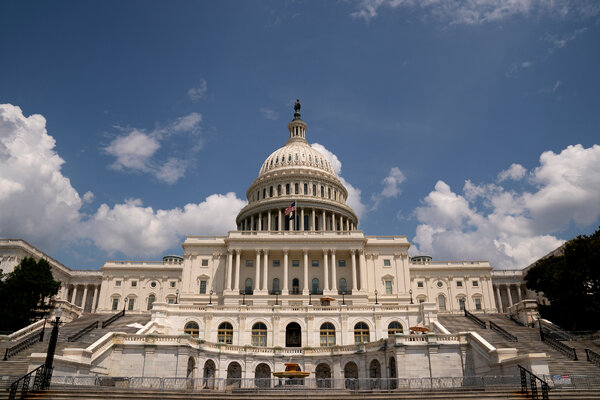 Republicans were poised on Wednesday to block action on an infrastructure measure in the Senate, raising doubts about the fate of bipartisan efforts to strike a compromise on a nearly $600 billion bill to address the nation’s aging roads, bridges and other public-works projects.

Senator Chuck Schumer, Democrat of New York and the majority leader, opted to force the vote even though the bill was unfinished and negotiators were still haggling over key details, in an effort to keep pressure on to finalize a deal that is a major piece of President Biden’s agenda. With Democrats expected to back the move, at least 10 Republicans would have to join them to reach the 60-vote threshold to move past a filibuster and take up the measure.

But Republicans and some Democrats toiling to hammer out a final agreement urged him to hold off, saying a premature vote risked scuttling their chances of success. In a last-ditch move to delay the process, 11 Senate Republicans were readying a letter to Mr. Schumer pledging to vote to allow the debate to go forward on Monday if a deal had been finalized by then.