Martin Lewis says he was 'turned down' from Peerage

Despite Mr Johnson’s resignation this week, he is expected to remain in office until at least autumn. Before his departure from No10, he will have the opportunity to make some of his allies peers – something sources say is worrying the Palace.

David Cameron ennobled eight in his resignation honours in 2016, while Theresa May created 13 peers in 2019.

Mr Johnson, meanwhile, may attempt to flood the House of Lords with more than 20 new Tory peers, the Times reported.

A source close to the royal household told the outlet: “They are extremely concerned it is going to be Uncle Tom Cobley and all.

“There seem to be lots of unsuitable people.

“The list is going to be pages and pages.” 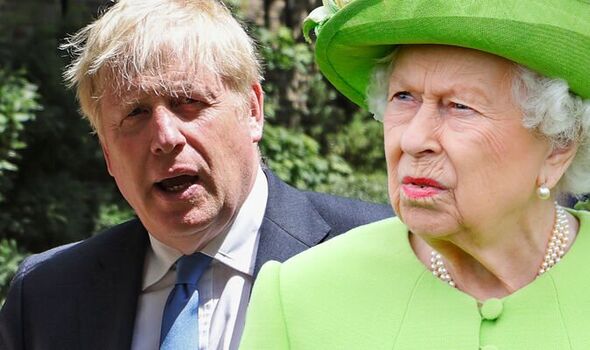 In Alistair Campbell’s view, Mr Johnson shouldn’t be entitled to have an honours list at all.

He said: “Hearing very interesting discussions going on inside Buck House [sic] about how to stop Johnson debasing the Queen once more with resignations honours.”

Writing on Twitter, he added: “He should not be allowed to have them. Full. Stop.”

One peerage, the paper said, could go to his most loyal cabinet minister, Nadine Dorries, adding that the Culture Secretary is “expected” to go to the upper chamber and depart frontline politics for novel writing. 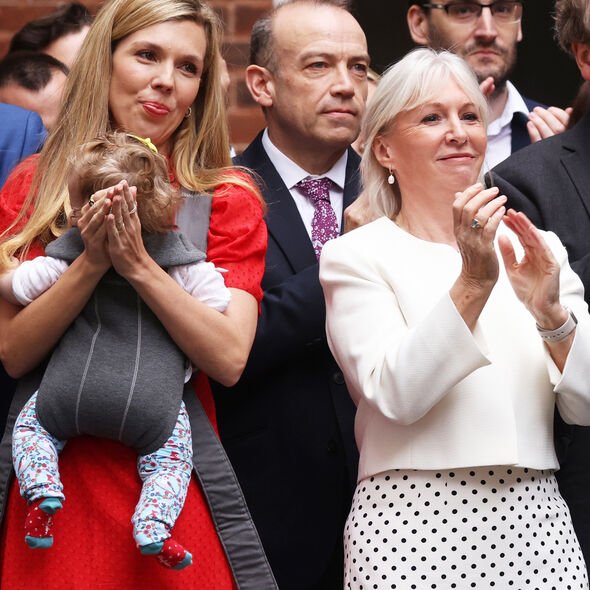 Former Daily Mail editor Paul Dacre and billionaire Tory donor Michael Hintze are also said to be in line to be ennobled in the next few months.

Others tipped for a peerage include Nigel Adams, whom some accuse of persuading Johnson to employ Chris Pincher; Michael Hintze, the billionaire Tory donor, and Allegra Stratton, who resigned as Mr Johnson’s spokeswoman over “partygate”.

The former ITV News national editor quit after a leaked video showed her joking about an alleged party at No10 while Covid restrictions were in place during Christmas 2020.

The controversial episode was one of several under Mr Johnson’s leadership which eventually led to his resignation.

On Thursday, following a flurry of scandals that prompted some of his closest allies — starting with former Health Secretary Sajid Javid and ex-Chancellor Rishi Sunak — to abandon their boss en masse, the Prime Minister had no choice but to admit defeat.

Yet, the game is not fully over, as Mr Johnson said he will remain at Downing St until his successor is in place.

With the Tory leadership contest potentially taking months, the stakes for the Prime Minister staying in power until September or October are high.

But Labour does not contemplate that as an option.

The party announced it could issue a vote of no confidence in Mr Johnson in the House of Commons “as early as next week” if the Tories do not oust him from No10 now.

Shadow Chancellor Angela Rayner said Mr Johnson “can’t stay another minute in Downing Street” and the Conservative Party should choose a successor “pretty quickly or get some interim leader in”.

She warned: “If they don’t do that we are very clear that we will put a motion of no confidence forward before the summer recess [July 21] to ensure that that exchange happens.”

Pushed on when a vote of no confidence could be held, Ms Rayner told Sky News: “It could be as early as next week, yeah, because we haven’t got long left before the summer recess.”