Dressed in black, and with his hair freshly trimmed, the Prime Minister recalled the Prince’s many life achievements as he paid his respects to the former prince consort. He told the Commons – packed with as many MPs as allowed under the pandemic guidelines – that the Duke of Edinburgh has “touched the lives of millions”.

“He made this country a better place and will be remembered with gratitude and fondness for generations to come,” he said.

“It is true, Mr Speaker that amongst his more parliamentary expressions, he adversely on the French concept of breakfast, he told a British student in Papua New Guinea he was lucky not to be eaten, and the people of the Cayman Islands that they were descended from pirates.

“And that he would like to go to Russia, except that, as he put it, ‘the bastards murdered half my family’.

“But Mr Speaker, the world did not hold it against him. 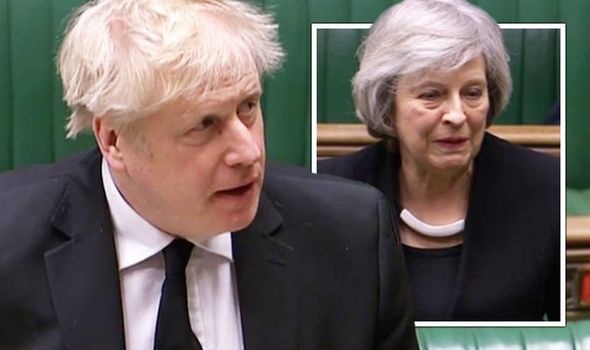 “On the contrary, they overwhelmingly understood that he was trying to break the ice, to get things moving, to get people laughing, and to forget their nerves.”

Prince Philip died at the age of 99 on Friday with the UK in eight days of mourning.

His funeral will take place on Saturday at St George’s Chapel at Windsor Castle.

The Prime Minister has already said he will not attend the occasion in order to free up a seat for a member of the Royal Family as only 30 people can attend, in accordance with current coronavirus restrictions.