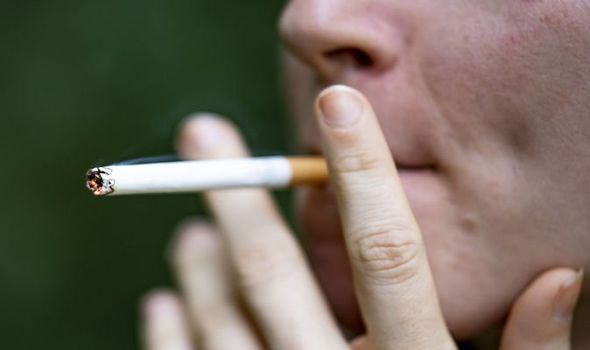 Other “stealth” payments such as VAT should also be lowered to help the least well-off make ends meet, it was said.

The Institute of Economic Affairs said tackling stealth taxes could be an effective solution to helping families with rising living costs.

of constantly playing catch-up with the benefits system, they should look at how the state increases the costs of living for people, and look at how this could be reduced.

“For example, while the removal of the Universal Credit uplift meant that the poorest were £1,040 worse off, the amount the average family in the poorest 20 percent pays in ‘sin taxes’, such as on tobacco and alcohol, was £1,300.

“Once other indirect taxes such as VAT are included, the average low-income family is paying £2,500 in taxes – a third of their disposable income.

“An average [smoking and drinking] family pays £192 per annum in green levies, £891 in tobacco levies, £216 in alcohol duty and £655 on fuel duty. If we were to abolish green levies and halve the rest, the average family would be £1,073 better off per year.”

Mr Collins said that the costs of childcare could also be an effective target.

He added: “A reasonably minor adjustment to the staff-to-pupil ratio, to bring it into line with many European countries and American states, could see the cost of childcare drop by as much as 20 percent.” With inflation at 5.1 percent and predicted to peak at six percent in the spring, and energy bills set to soar by up to 50 percent, households across Britain will be squeezed for cash this year.

Council tax is also set to rise in April, National Insurance will be lifted by 1.25 percent to pay for social care and the 12.5 percent reduced VAT rate is set to end in March.

It comes as research by the Centre for Social Justice found nearly a third of people had to borrow to cover the cost of Christmas, with the number seeking urgent debt advice increasing by 68 percent last summer.

A Government spokesman said: “We recognise people are facing pressures with the cost of living, which is why we’re taking £4.2billion of decisive action to help.

“We’re providing extensive support to those on the lowest incomes, including putting an average of £1,000 more per year into the pockets of working families on Universal Credit, increasing the minimum wage and helping with the cost of fuel bills.

“Our £500million Household Support Fund is also giving more help to the most vulnerable with essential costs this winter, and councils have been given an extra £65million to support low-income households.”

Problem debt erodes freedom. It breeds dependency and loss of control over one’s own life. It can be a pathway into poverty, family breakdown and criminal activity.

Inflation of over five per cent, energy bills soaring by up to 50 percent and taxes at their highest level in peacetime all spell disaster for our finances.

As the money runs out the vulnerable will find themselves reliant on hidden debt, possibly from illegal lenders.

The consequences of illegal lending can be dire but the causes are preventable. For example, how can credit unions expand their growing movement to support vulnerable consumers?

It is time to end the terror of loan sharks and gangsters.This should be the year to resolve the problem once and for all.

Unfortunately, 2022 is set to be the year of the squeeze on household incomes but there are things you can do to mitigate some of the pressure.To put it bluntly, tighten the purse strings and either start saving, or save more.

Do you really need so many subscription services? Also, rather than spending ridiculous money on an upgraded phone, stick with your existing one and move to a sim only deal.

You should also look to be more cost effective in how you go about your daily life.

Plan your activities with the car, so that you get everything in one trip.Turn down thermostat a notch and wear warmer clothing indoors.

The Government can do its bit, too, by stepping in to stabilise the energy market by providing guarantees, while plans to raise taxes to help pay for the cost of the pandemic response need to be diluted or delayed.