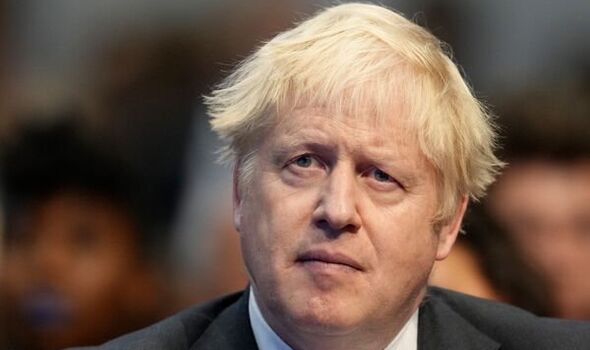 A BBC documentary included three anonymous attendees describing crammed drinking sessions, with some people allegedly sitting on the laps of colleagues – at a time when social distancing rules were in force across the country.

One attendee said they felt they had the permission of the PM as he was not telling them to break up the scenes when returning to his flat.

The individual said: “No, he wasn’t telling anybody that. He was grabbing a glass for himself.”

A witness to the event said: “There were about 30 people, if not more, in a room. Everyone was stood shoulder to shoulder, some people on each other’s laps, one or two people.”

They described a “lively event, a general party with people dancing around” that became so loud that security guards told them to go into the No10 grounds.

“So everyone grabbed all the drinks, the food, everything, and went into the garden. We all sat around the tables drinking. People stayed the night there,” they said.

Senior Tories expect civil servant Sue Gray to hand the PM her final report into the lockdown breaches at No10 this morning.

Mr Johnson was last night preparing to say sorry to MPs, his party and the public in a major show of contrition for the boozy gatherings following the publication of the report. In a packed day at Westminster, he is expected to make a statement to the Commons, face a meeting of Tory MPs and hold a Downing Street news conference to address the nation.

He is also expected to visit Buckingham Palace for an audience with the Queen that will offer another opportunity to express regret for the scandal.

The BBC broadcast followed the publication of pictures this week showing the PM raising a glass while surrounded by colleagues and bottles of wine. Days after ordering England’s second national lockdown, he was said to be giving a toast for departing communications chief Lee Cain on November 13, 2020.

Insiders claimed events were held “every week”, with invitations for press office drinks listed in the diary as “Wine Time Friday”.

One former official described often turning up at No10 to find it “a mess”, adding: “There were bottles, empties, rubbish – in the bin, but overflowing – or left on the table.”

Another witness said a Downing Street security guard was mocked when he tried to break up a party.

The PM’s spokesman said: “I’ve seen the report. I can’t get into commenting on claims put forward given that Sue Gray’s report has not been published yet. You will hear from the PM once that has happened.”

They added that Mr Johnson had overhauled his Downing Street operation after an initial report from Sue Gray.