Several posts were shared online, where people appeared to delight in the outbreak, which has hit the elderly community hard. One social media user, who previously posted about stopping Brexit wrote in a sick post: “If Covid-19 kills a hefty amount of old people in this country, does that mean the general opinion will swing away from Brexit?” Another Twitter user said: “Coronavirus is the ghost of Brexit coming to kill the old people for voting wrong.”

And someone else wrote: “If I get coronavirus, I’m targeting old people who voted Brexit.”

People reacted with fury online regarding the series of callous posts.

Chris asked: “What on earth is up with these people?

“What shallow, sorry lives they must live.” 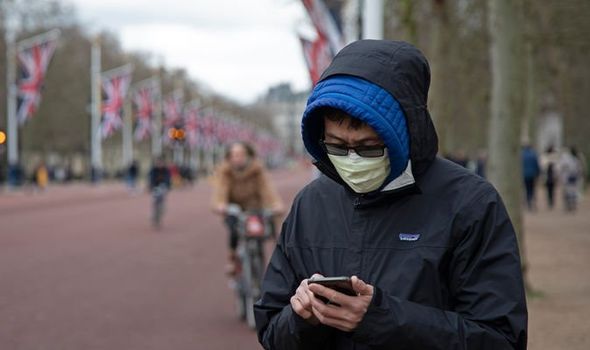 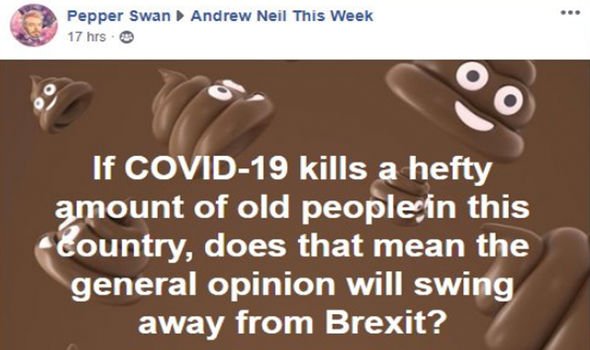 Bill said: “They don’t give up do they.”

And Chris Richard wrote: “At least he admitted public opinion is firmly behind Brexit, despite the constant denials of his ilk over the last three/four years.”

The health minister is currently self-isolating in a bid to stop the virus from spreading, and to ensure she is well before returning to work. 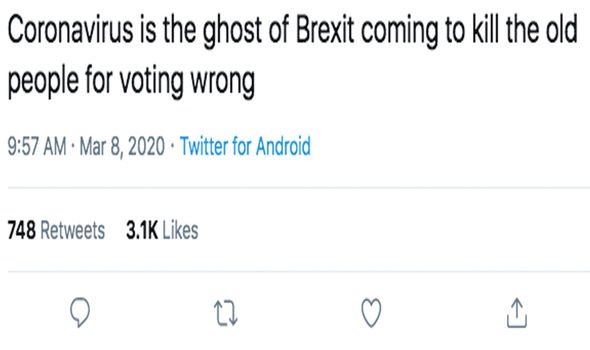 The Department of Health said Ms Dorries first began to show symptoms on Thursday – when she also attended an event hosted by the Prime Minister.

However, some social media users seemed to take delight in her diagnosis.

One tweeted: “Hopefully a few more Tories get hit.”

Another wrote: “Well at least her constituents don’t have to worry – I am one – as she never see her, she’s never here, and she doesn’t even live here.” 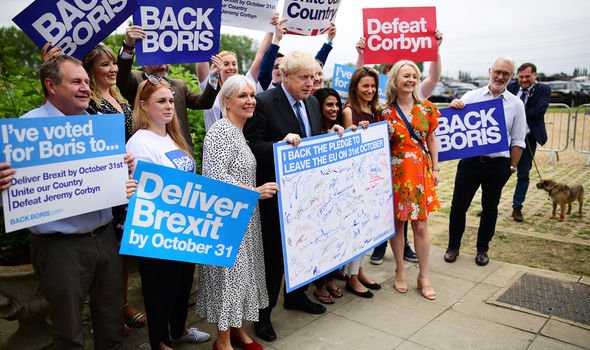 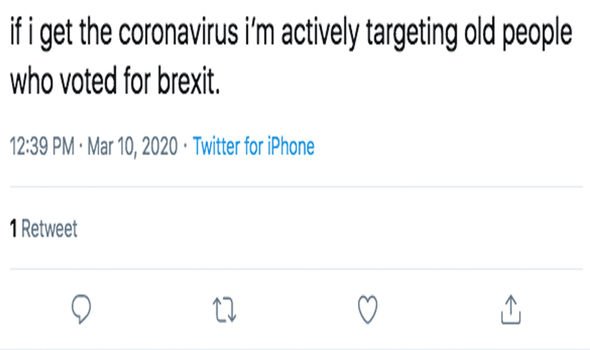 And another social media user said: “Well I guess there is a slim hope she has infected Johnson.”

However, some despite politically disagreeing with Ms Dorries, wished her well.

Claire Savage, a Remain supporter, wrote: “I’m not her biggest fan, but I hope she feels better soon.”

Kevin Alcock wrote: “Not a pleasant person, but I nevertheless wish her a speedy recovery.”

Today, the coronavirus was deemed a pandemic by the World Health Organisation

A total of 373 cases were announced in the UK as of 9am this morning, however, this evening, the British death toll from the virus has risen to eight.

Victims have been described as elderly, and with underlying health conditions. 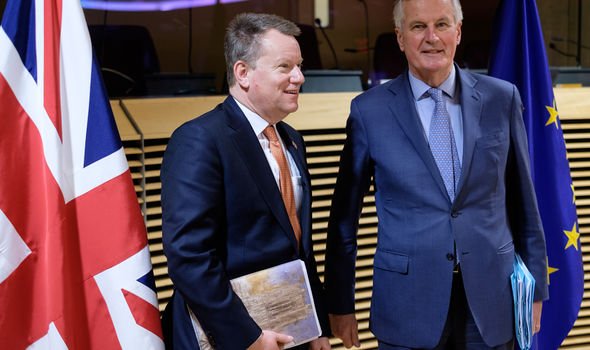 Meanwhile, Brexit negotiations have been progressing with UK and EU negotiators sitting down to the table to discuss a future trade deal.

However, it is feared talks may have to be postponed as a result of the outbreak.