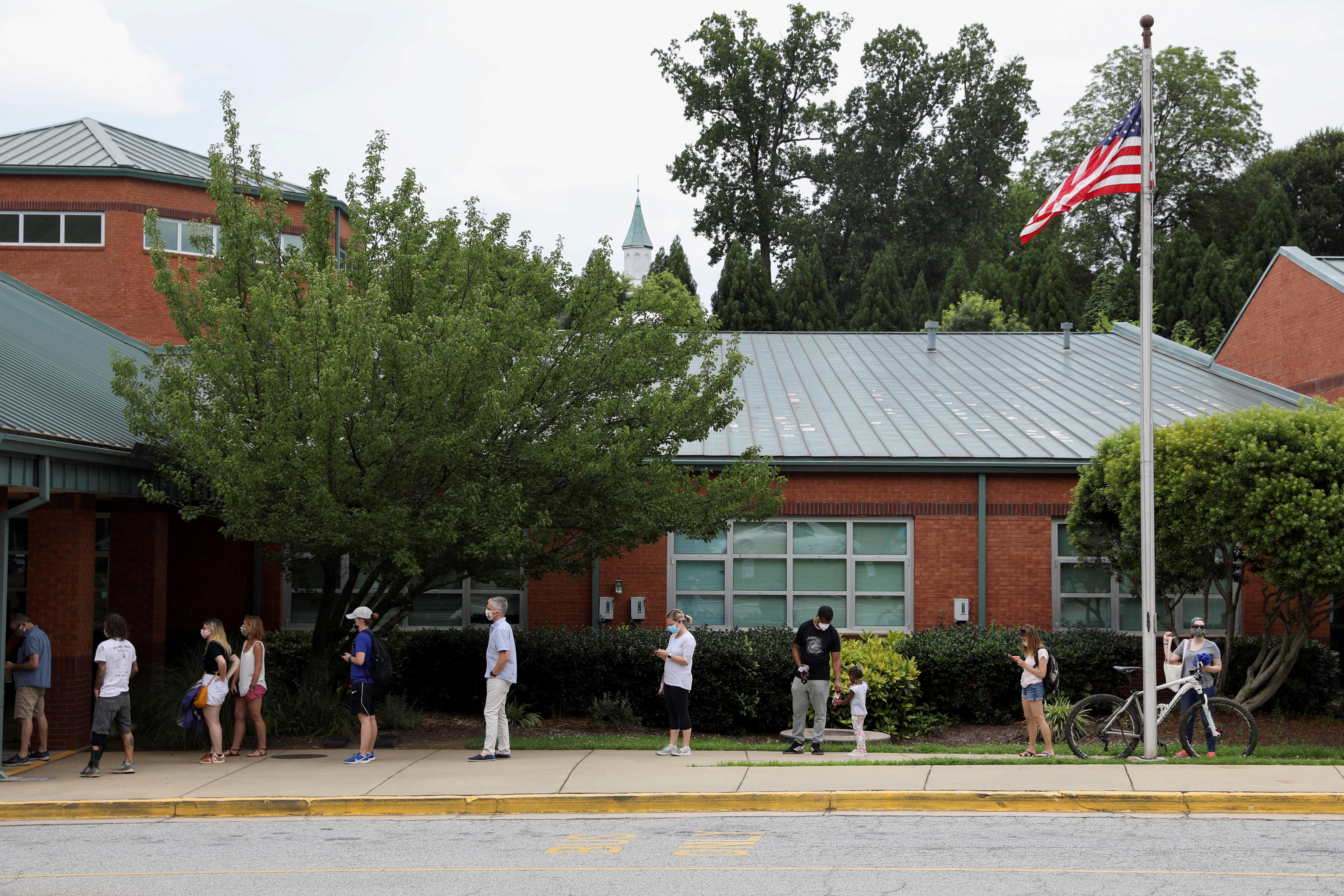 The law requires the state elections board establish an online absentee request portal for North Carolina voters, who formerly could only request such ballots by mail or in person. For elections in 2020, including the Nov. 3 general election, the law also reduced the number of witnesses who must sign a voter’s absentee ballot from two to one.

The changes in North Carolina, an important battleground in November between President Donald Trump and Democrat Joe Biden, come after huge demand for absentee ballots amid the COVID-19 outbreak has overwhelmed election officials in recent primary elections from Wisconsin to Pennsylvania.

On Tuesday, voters in Georgia, another important battleground state, waited in hours-long lines at consolidated polling sites after many did not receive their absentee ballots in time to submit them.

U.S. states are scrambling to prevent similar scenes in November when absentee voter turnout is expected to be even higher.

Trump won North Carolina by 3.6 percentage points in 2016, but Biden is aiming to flip the state blue in November. Also at stake are North Carolina’s 13 U.S. representatives and one U.S. Senate seat.

Trump has attacked expansions to mail-in voting in other states, proclaiming without evidence that the practice is prone to fraud. A conservative North Carolina group criticized the law in the weeks before it passed, saying the online absentee ballot request portal could enable “unlimited voter fraud.”

But the North Carolina law drew unusual support from both parties in the state’s Republican-controlled legislature.

Republican Representative David Lewis, who supported the law, said voter fraud concerns were misguided, because the law did not change the process for casting an absentee ballot except for reducing the witness requirement.

“North Carolina’s had voting by mail literally since the end of the Civil War, so this is not a new phenomenon for us,” he said.

The law also expanded the types of voter identification the state would accept, even though courts have so far blocked North Carolina’s Republican-backed voter ID requirement from taking effect, finding it discriminated against black voters who were less likely to have acceptable IDs.

Some Democratic lawmakers opposed the expansion as an attempt to get courts to restore the full voter ID requirement. Lewis, the Republican representative, said Democrats should welcome the loosening of the requirement.