The Foreign Secretary is widely expected to beat Rishi Sunak in the contest to replace Boris Johnson, with the result set to be announced at midday before the winner takes the keys to Number 10 tomorrow. Reports suggest Ms Truss, who has put tax cuts at the centre of her leadership campaign, is poised to introduce an energy bills freeze in some form.

Campaign sources involved in discussions and energy company insiders who have been consulted told The Telegraph a freeze is now expected.

A source from Ms Truss’s team said: “I’m confident there will be a mechanism introduced that freezes bills.”

Meanwhile, The Times reports that the package could be on the scale of the furlough scheme during the Covid pandemic.

Speaking to the BBC yesterday, Ms Truss said: “I will act if I’m elected as prime minister. I will act immediately on bills and on energy supply because I think those two things go hand in hand.”

It comes after the Tory leadership frontrunner previously insisted she would help people with the cost of living crisis by slashing taxes rather than giving “handouts”.

FOLLOW BELOW FOR LIVE UPDATES ON THE TORY LEADERSHIP RACE: 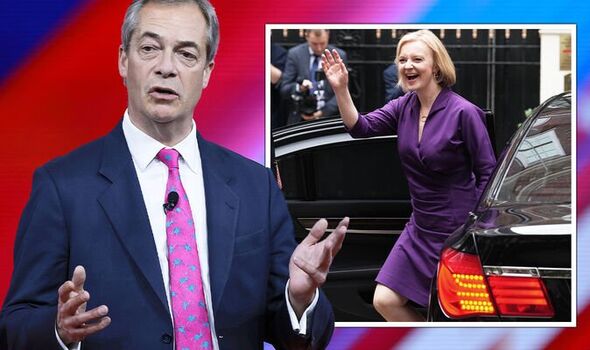 It comes after weeks of accusations of a “Zombie Government” as the Tory leadership race has run its course.

Exclusive polling by Techne UK for this website suggests more than half of all voters want tackling rising energy bills to be the top priority for Boris Johnson’s replacement.

However, this drops to 39 percent among Conservative voters, with almost as many – 36 percent – saying tax cuts must be the focus. 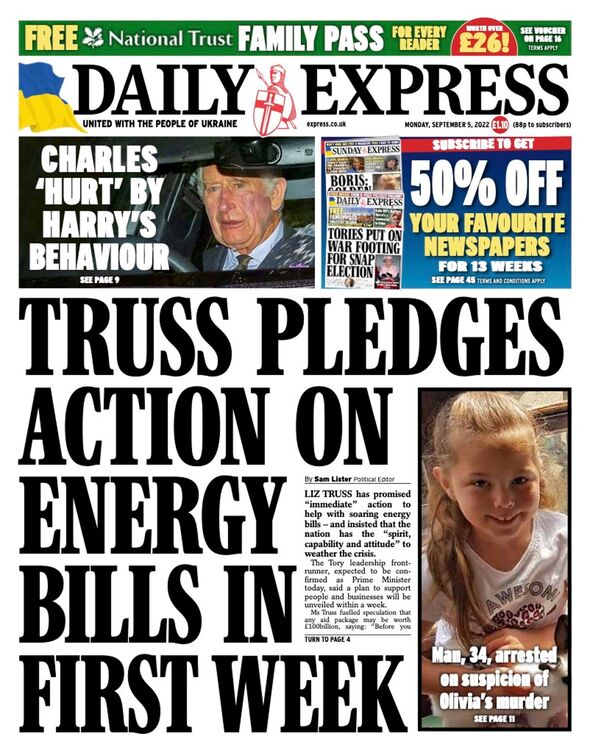 What happens next in the Tory leadership race?

Liz Truss or Rishi Sunak will be unveiled as the next Tory leader in just hours with the announcement scheduled for early afternoon at an event in central London on the same day Parliament returns.

Both candidates have spent the last six weeks campaigning up and down the country and taking part in hustings where they have been grilled by party members who are choosing the next prime minister.

Voting closed on Friday and the result will be announced by Sir Graham Brady, chairman of the 1922 Committee of Conservative backbench MPs.

The new Tory leader is expected to make a speech before spending the rest of the day finalising their choices for Cabinet and wider ministerial roles and writing their first prime ministerial speech.

Boris Johnson and his successor will go to Balmoral, rather than Buckingham Palace, for the appointment of the new prime minister on Tuesday, in a break from tradition.

The Queen will receive Mr Johnson where he will formally tender his resignation.

This will be followed by an audience with the new Tory leader who will be invited to form a government.