Sources close to Ms Truss, the International Trade Secretary who is also the Cabinet Minister for Women and Equalities, have confirmed she was not spoken to about the Bill, which caused a major uproar in Parliament. The row broke out after emergency legislation was brought forward to allow the Attorney General, Suella Braverman, to go on maternity leave.

The gender-neutral wording of the Bill, drawn up by civil servants, referred to a pregnant “person” instead of “mother”.

A rebellion in the Commons to bring in the words “mother” and “woman”, led by Sir John Hayes and Thurrock MP Jackie Doyle-Price, was thwarted by minister Penny Mordaunt who talked the debate out, blocking a vote on the amendment.

However, the Government eventually conceded defeat in the Lords when peers brought in the same amendment.

But since then Ms Truss has let it be known she would have opposed the original wording and had not been asked about it, even though it falls under her brief. 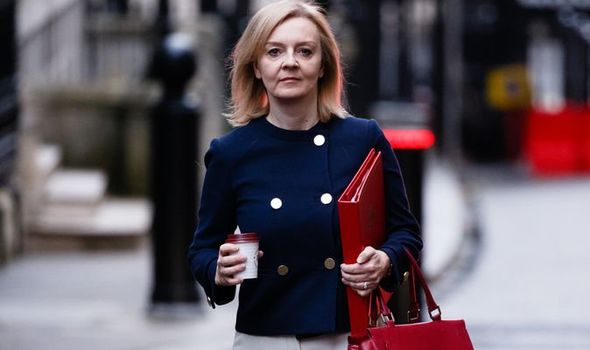 A source close to her said: “[She was] not consulted at all, and people then tried to pin the blame on her.”

It is understood Ms Braverman also backed the amendment.

Civil servants have now been ordered not to repeat the same gender-neutral approach.