The crisis engulfing the anti-Trump group the Lincoln Project deepened on Friday when Steve Schmidt, a co-founder, resigned abruptly from the board and former employees renewed their demands that they be released from nondisclosure agreements in order to provide more information about the organization’s handling of harassment allegations against another co-founder, John Weaver.

Mr. Schmidt will remain with the organization in an executive capacity after he takes a temporary leave. He stepped down from the board to quell a growing furor around the Lincoln Project, but had only joined the board after the November election.

In an extraordinary statement Friday evening, Mr. Schmidt described being sexually assaulted as a teenager, evoking his own experience as he sought to explain his widely criticized response to the allegations against Mr. Weaver.

“I am incandescently angry about it,” he said of Mr. Weaver’s actions, which involved unwanted sexual messages to numerous young men. “I am angry because I know the damage that he caused to me, and I know the journey that lies ahead for every young man that trusted, feared and was abused by John Weaver.”

But while Mr. Schmidt reiterated his claim that he had not known of Mr. Weaver’s behavior until last month, a former Lincoln Project employee told The New York Times that Mr. Schmidt had known by October 2020 at the latest. The former employee described being in the room when Mr. Schmidt spoke about it.

Mr. Schmidt issued the statement Friday night after a lawyer for a third co-founder, Jennifer Horn, sent the Lincoln Project a notice instructing it to preserve documents in anticipation of a lawsuit, according to a person familiar with the communication.

The turmoil is a damaging blow to the Lincoln Project, which had emerged over the last year as the leading group of Republicans opposed to the presidency of Donald J. Trump. The group skewered Mr. Trump with mocking ads and drew a large following on the left.

But since the election, its core group has fractured. Two board members, Ron Steslow and Mike Madrid, left in December. George T. Conway III, another key figure, has also departed. Another co-founder, Jennifer Horn, recently resigned, issuing a scathing statement, only for the group to tweet her private Twitter messages with a reporter.

On Friday, more former employees joined an open letter seeking release from their nondisclosure agreements, saying they want to make additional information public. The host of a program on the group’s media arm resigned after less than one week. And a top international affairs expert, the prominent anti-Trump conservative Tom Nichols, said he was stepping down as an unpaid adviser to the group.

The backlash against the Lincoln Project began with the revelation last month that Mr. Weaver had repeatedly harassed young men and at least one minor. It intensified on Thursday with published reports that leaders had known about the harassment last year and failed to act, the demand by former workers to be released from their N.D.A.s, and the unauthorized posting of Ms. Horn’s Twitter messages.

Top Lincoln Project officials said on Thursday night that they were hiring an outside investigator to review Mr. Weaver’s tenure, promising transparency and saying that Mr. Weaver’s conduct “must be reckoned with.”

In his statement, Mr. Schmidt reiterated what he has said several times: that he was not aware of Mr. Weaver’s online harassment of young men until last month. But a former Lincoln Project employee told The New York Times that Mr. Schmidt had known about Mr. Weaver’s behavior by October 2020 at the latest; the former employee, who spoke on the condition of anonymity because of a nondisclosure agreement, described being in the room when Mr. Schmidt spoke about it.

Several other people who worked for the group have said that the group’s leaders knew about it even earlier, by last summer.

Ms. Horn, who resigned from the Lincoln Project last week, said in a statement Thursday that she had recently learned that other leaders of the group had ignored warnings about Mr. Weaver’s conduct.

The young men she spoke with were “hurt that their experiences were being denied, angry that they had been used and lied to, and fearful that they would be targeted again,” she wrote. “When I spoke to one of the founders to raise my objections and concerns, I was yelled at, demeaned and lied to.”

More disclosures could be imminent. Eight former employees and associates — six on Thursday night, and two more on Friday — have now signed the letter asking for release from their N.D.A.s, saying said they wanted to disclose information “that would aid the press, public and our donors in answering questions relevant to the public interest.” The signers have not yet spoken publicly, but they provided a copy of the letter to The New York Times.

They said they were not comfortable contacting the organization directly to be released from their N.D.A.s, as Lincoln Project leaders suggested in a statement.

“Expecting victims and those close to victims to contact and engage the people and organization accused of protecting the very predator at issue is absurd, unreasonable and insensitive,” they wrote. While they did not sign their names, their identities are known to The Times.

Further controversy erupted late Thursday night when the Lincoln Project posted screenshots from Ms. Horn’s Twitter account, revealing her direct messages with a reporter, and then quickly took them down. Unauthorized access of a social media account can be illegal, depending on the circumstances.

In his statement Friday, Mr. Schmidt apologized to Ms. Horn, calling her “an important and valuable member of our team.’’

Those posts were the last straw for Mr. Nichols, an international affairs expert at the U.S. Naval War College, who announced on Friday that he was ending his ties to the organization.

“I have been thinking about whether to continue my association for a while,” Mr. Nichols said in an email to The Times. “I was upset by John Weaver’s despicable behavior and concerned about the ongoing public conflict among the principals, but I made my final decision yesterday when Jennifer Horn’s personal messages were published. I’m glad they’re bringing in an outside adviser to help them sort through everything, and I hope there is accountability for what happened with Weaver.”

Mr. Nichols said that as a volunteer, he had no insight into the group’s internal governance. 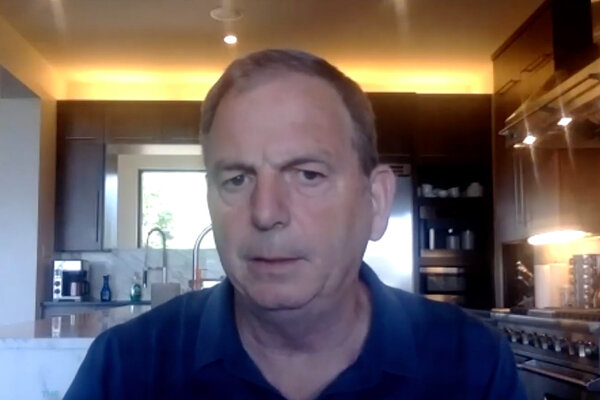 Mr. Weaver, 61, is a longtime Republican presidential campaign adviser who gained prominence during John McCain’s runs in 2000 and 2008 and also worked for John Kasich in 2016. The Times reported last month, based on interviews with 21 young men, that Mr. Weaver had for years sent unsolicited and sexually provocative messages online.

The youngest person The Times interviewed was 14 when Mr. Weaver first contacted him; the messages became overtly sexual after he turned 18.

On Thursday, The Associated Press and New York magazine, citing unidentified former employees, reported that Lincoln Project leaders knew about Mr. Weaver’s behavior last summer, which Mr. Schmidt has continued to deny. Mr. Weaver took a medical leave from the group in August and announced last month that he would not return.

In its statement on Thursday, the Lincoln Project said that Mr. Weaver had “betrayed all of us” and that it was bringing in “a best-in-class outside professional” to “establish both accountability and best practices going forward.”

At the same time, the group’s leaders have repeatedly dismissed reporting about when they learned of Mr. Weaver’s behavior and about Ms. Horn’s resignation as hit jobs from supporters of former President Donald J. Trump.

The eight former employees and associates expressed anger at that in their open letter. To insinuate that their efforts constituted a right-wing attack, they wrote, “is not in keeping with the values we signed up to uphold, and resembles the tactics and behavior we joined the Lincoln Project to defeat.”

While a number of people involved in the Lincoln Project were considered co-founders, the four political consultants initially at its core were Mr. Schmidt, Mr. Weaver, Reed Galen and Rick Wilson. They created a three-member board consisting of Mr. Galen, Mr. Madrid and Mr. Steslow, who ran a key contractor, TUSK Digital. Ms. Horn also joined early in the process, Sarah Lenti was named executive director, and Matthew Sanderson was hired as general counsel.

The group was not envisioned as a major moneymaker at first, but soon, as anti-Trump sentiment grew, millions of dollars in donations begin pouring in. After the election, fissures over money and control emerged, and there was a move to add new members to the board, leading to tensions within the organization.

The Lincoln Project has attributed Ms. Horn’s departure to a dispute over money, saying that she had recently requested “an immediate ‘signing bonus’ payment of $250,000 and a $40,000-per-month consulting contract,” and that in December she had “demanded a board seat on the Lincoln Project, a television show, a podcast hosting assignment and a staff to manage these endeavors.”

Ms. Horn called the claims that her departure was financially motivated “patently false.”