(Reuters) – The United States could become the global epicenter of the coronavirus pandemic, the World Health Organization said, as the U.S. negotiators reached an agreement on a $2-trillion aid package and India announced a nationwide lockdown in the world’s second-most populous country. 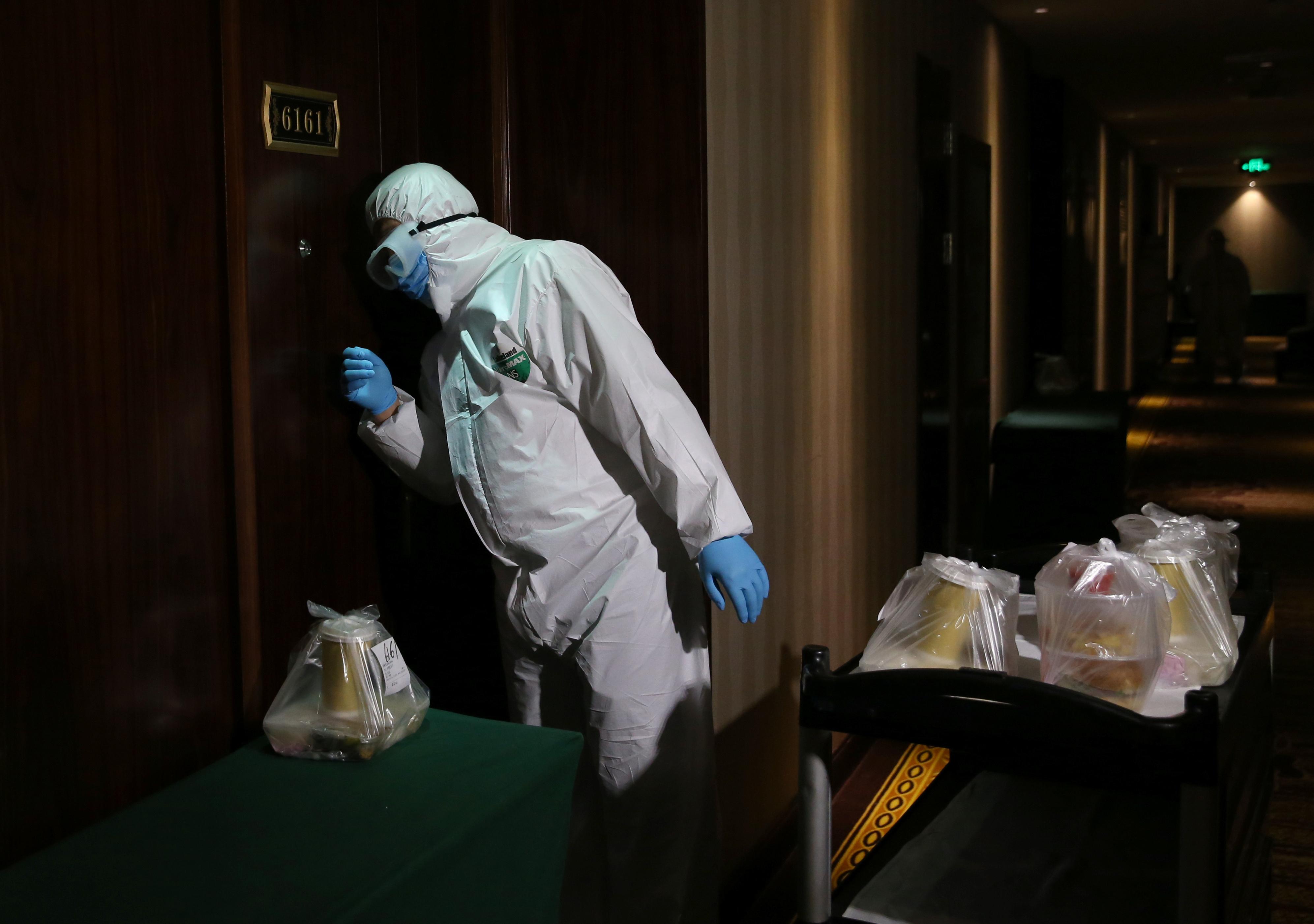 ** For an interactive graphic tracking the global spread, open tmsnrt.rs/3aIRuz7 in an external browser.

** Fatalities in Italy surged on Tuesday, dashing hopes the epidemic was easing after more encouraging numbers in the previous two days.

** France’s death toll is much higher than the official tally, which only accounts for those dying in hospitals and does not include those dying at home or in retirement homes, the head of the hospitals federation said.

** More than 170,000 people signed up to help Britain’s National Health Service, and the parliament is set to suspend sitting for at least four weeks.

** Nurses and doctors demanded action after Spain reported its sharpest daily increase in new cases on Tuesday and said about 14% of the nearly 40,000 infections were among health workers.

** Russia’s total number of cases reached 658 on Wednesday with a record daily rise, a day after Moscow’s mayor warned the outbreak in the capital was much worse than official figures showed.

** The Trump administration sowed confusion over use of a 1950s-era emergency act to procure coronavirus test kits amid severe shortages of equipment for medical workers.

** Brazil’s President Jair Bolsonaro dismissed virus “hysteria” and urged mayors and state governors to roll back lockdown measures that have brought Rio de Janeiro and Sao Paulo to near standstills.

** Mexico temporarily halted the processing of asylum requests from Tuesday, as its cases climbed to 405.

** An emergency aid package for Canadians facing economic harm from the outbreak was stalled.

ASIA AND THE PACIFIC

** Australia said on Wednesday it would force passengers on a ship into quarantine on a tourist island and refused entry to another vessel, as authorities slapped heavy curbs on movement and officials warned an accelerating number of patients could overwhelm intensive care units.

** Mainland China reported a drop in new cases on Wednesday as imported infections fell and no locally transmitted infections were reported.

** India woke up to a sweeping lockdown of its 1.3 billion people, but the order did not stop crowds of people thronging to stock up at grocery shops and chemists.

** The Indian government banned the export of a key malaria drug, as experts test its efficacy in treating patients with COVID-19.

** Tokyo became the center of Japan’s epidemic as it registered a record 17 new cases on Tuesday. The national tally is 1,214, with 43 deaths.

** Malaysia will extend a two-week restriction of movement order and unveil a second economic stimulus package.

** Singapore’s government said on Wednesday it was not ruling out holding a general election during the outbreak.

** Israelis were instructed on Wednesday to stay within 100 meters of their homes under tightened restrictions that further reduced public transport, required employers to check workers for fever and set sanctions for people who defy rules.

** About half of Iran’s government employees were staying at home on Tuesday as the country’s death toll topped 2,000.

** Egypt has declared a two-week curfew, and those who violate the measure will be penalized under emergency laws, the prime minister said.

** Congo closed its borders and imposed a state of emergency.

** U.S. senators and Trump administration officials agreed on a massive economic stimulus bill early on Wednesday, with the Senate set to vote on the $2-trillion package later in the day and the House of Representatives vote expected soon after.

** Asian shares gained on Wednesday in the wake of Wall Street’s massive rebound on the stimulus bill agreement.

** Airlines urged governments to speed up bailouts to rescue the air transport industry as they doubled their estimate of 2020 revenue losses from the crisis to more than $250 billion.

** Seventy percent of people in G7 countries expect their household to lose income due to the outbreak, according to a survey on Wednesday.

** British inflation fell in February, before the crisis hit the country, with a further sharp fall predicted in the next couple of months due to the collapse in global oil prices caused by the pandemic.

** The Tokyo Olympics were postponed to 2021, the first such delay in the Games’ 124-year modern history.

** Japan’s J.League delayed the restart of soccer matches to May.

** The Cannes Film Festival venue is opening its doors to the town’s homeless who have nowhere to go during the lockdown.

** Two Russian cosmonauts and a U.S. astronaut were spending their final weeks on Earth in quarantine before they are scheduled to blast off on April 9 for the International Space Station.