The controversial leaflet, apparently designed to appeal to Muslim voters, takes a number of swipes against the Prime Minister. In large capital letters the handout says “don’t risk a Tory MP who is not on your side” and lists examples of Tory “Islamophobia” – including historical comments made by Boris Johnson when he was a journalist. The leaflet also features a picture of Mr Johnson shaking hands with Indian prime minister Narendra Modi.

A large arrow points to the photograph of the two leaders, with a label reading: “The risk of voting for anyone but Labour is clear.”

Directly beneath the image, the leaflet states: “A Prime Minister who is silent on human rights abuses in Kashmir.”

Critics have condemned the pamphlet as being designed to exploit divisions between Indian and Pakistani voters in the West Yorkshire constituency.

It has been suggested the leaflet is intended to pit Muslim voters against the Prime Minister by drawing on his association with Mr Modi, a Hindu nationalist.

Labour Friends of India, chaired by Darren Jones MP, has issued a statement condemning the leaflet. 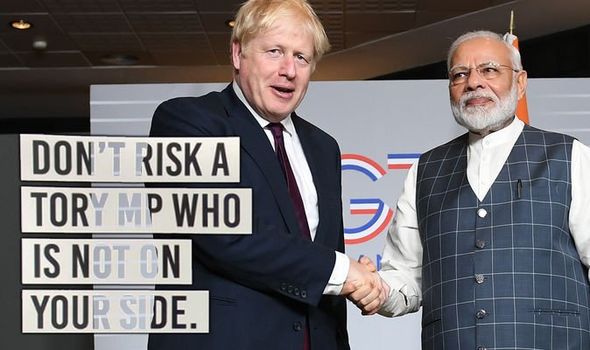 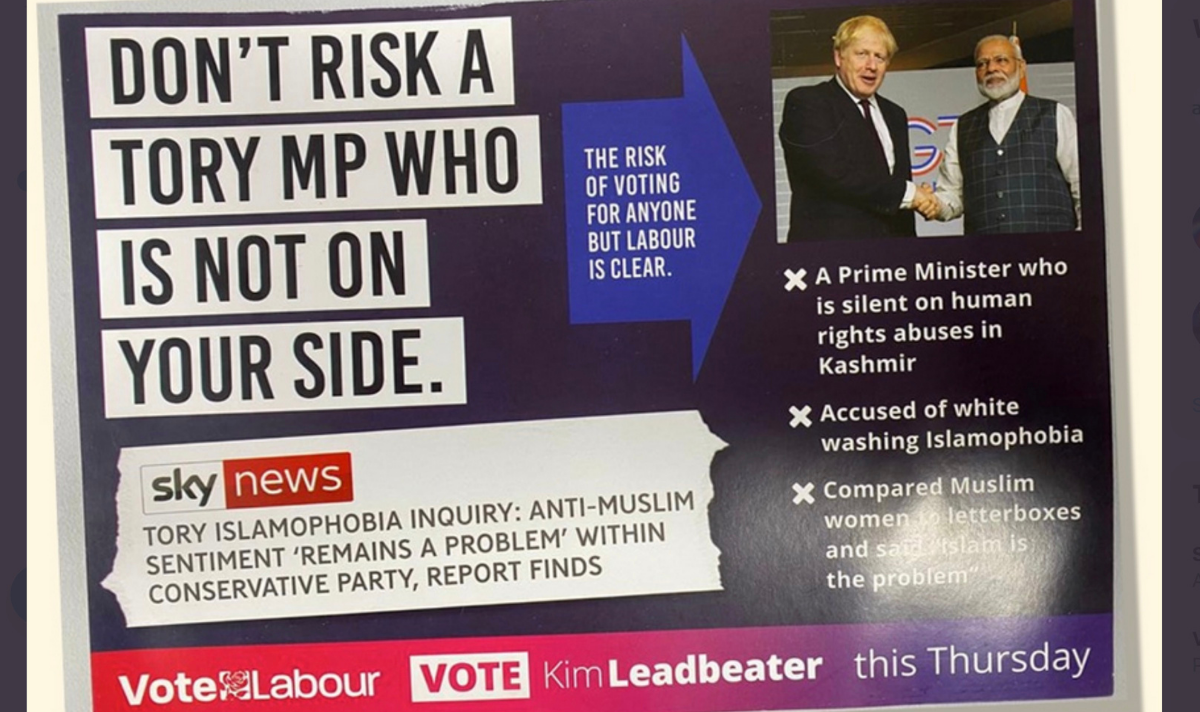 The group said: “It is unfortunate that the Labour Party used a picture of the prime minister of India, the world’s largest democracy and one of the UK’s closest friends, from the G7 in 2019, on its leaflet.

“We ask the Labour Party to withdraw the leaflet immediately and we will also be writing to the leadership about this.”

Others have also hit out at the Labour Party for designing such a divisive leaflet.

Tory MP Richard Holden shared a picture of the leaflet on Twitter and wrote: “Would Keir Starmer not meet Narendra Modi? Labour are, again, playing the identity politics they have a go at George Galloway for!” 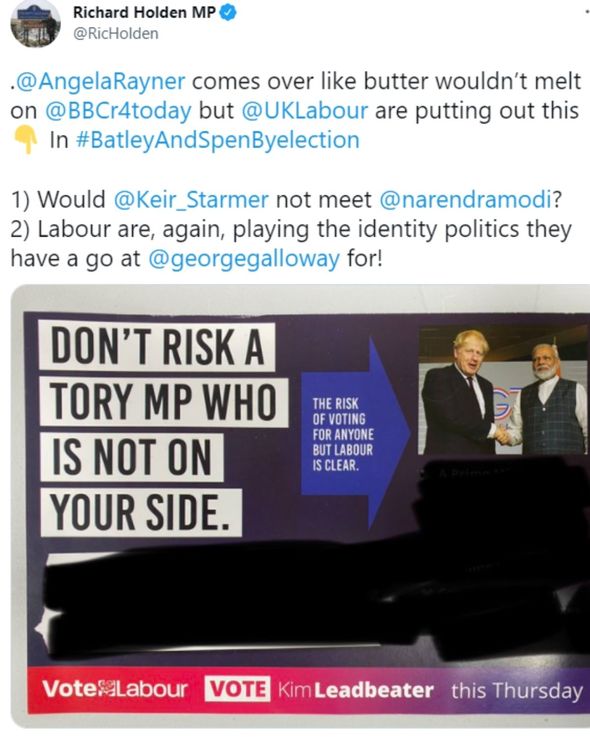 He wrote: “It saddens me to post this but racism is alive & well within Labour.

“A hierarchy of racism exists inside the party & some groups are seen as fair game for attacks based on religion/race/heritage.

“More needs to be done when it comes to be being inclusive & welcoming to all.

“Labour will not win by playing divide and rule politics against our communities. 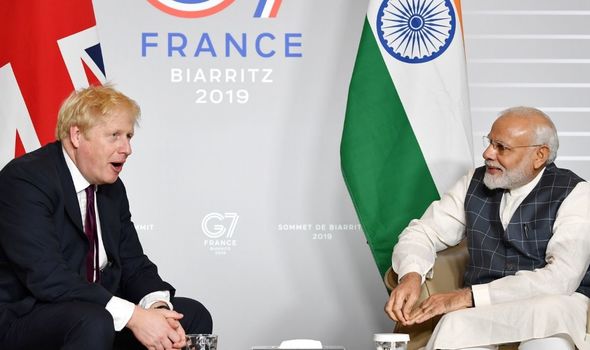 “We will win based on a principled stance against racism and discrimination of all kinds inside and outside the party.”

One person wrote: “If that is an official Labour leaflet then that is scary.

“It will come back to bite them. Pitting nationals against nationals is VERY bad policy & will only make ethnic tensions worse. What on earth are you thinking.”

Another user said: “Labour are now fighting the Batley and Spen by-election on a Palestine/Trans/Kashmir platform. Jobs? The Economy? What an absolute fiasco. #TeamClueless.” 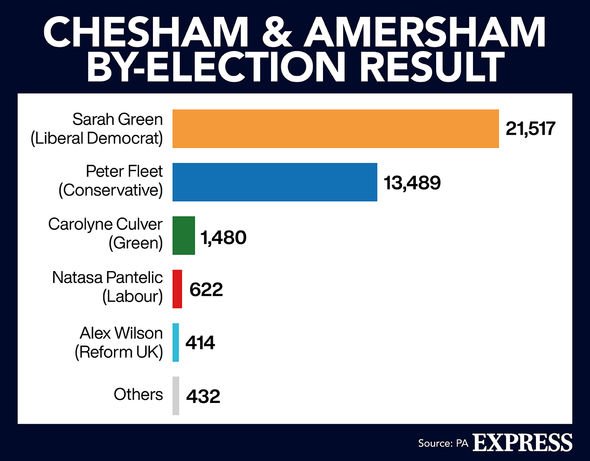 A third said: “Labour are playing a very dangerous game by using this.”

A Labour Party spokesman has defended the leaflet and said the party would “always bring communities together”.

He added: “This leaflet makes it clear that a vote for anybody other than Kim [Leadbeater, the Labour candidate] would lead to a Tory MP who would support a Prime Minister who insults Muslim women and calls it a joke, refuses to deal with Islamophobia in his party and fails to speak out on human rights abuses in Kashmir.”

The Batley and Spen by-election will take place on Thursday, July 1.