Speaking in the House of Commons, in response to Ms Truss’s announcement introducing an energy price cap freeze at £2,500 a year, Sir Keir accused the Tory government of shirking the question of “who is going to pay” for the soaring energy bills. As Ms Truss stood firm in her opposition to a windfall tax on energy companies, Sir Keir told the house that estimates suggest energy producers could make “£170billion in unexpected windfall profits over the next two years”. He questioned Ms Truss’s intransigence in the face of such “eye-watering” figures and said there was only “one clear and obvious consequence” to not taxing those profits, which was that working people would be forced to pay. 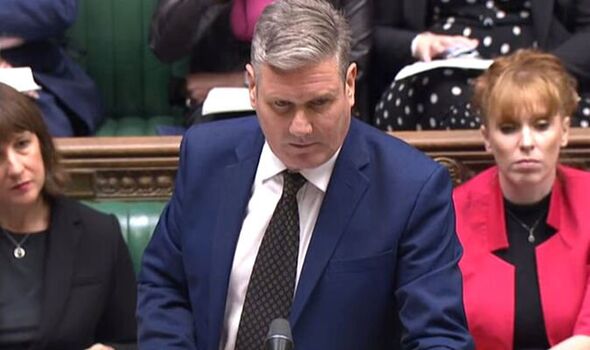 “The head of BP has called this crisis a cash machine for his company and households are on the other end of that cash machine, their bills funding these eye-watering profits.

“That is why we have been calling for a windfall tax since January and it is why we want to see the windfall tax expanded now. But the Prime Minister wants to leave these vast profits off the table with one clear and obvious consequence: the bill will be picked up by working people.”