The Plymouth MP was carried by motorbike to Parliament Square where he delivered a furious nine-minute attack, in which he said: “Enough is enough – it’s time for the country to respect our veterans.” Among the crowds were members of the Rolling Thunder veterans group, who attended en masse on motorcycles after paying their respects at the Cenotaph. Mercer was sacked by text last month after criticising the Government’s failure to prevent two elderly paratroopers standing trial over the shooting of an IRA commander 50 years ago.

The Overseas Operations Act, which gained royal assent in Parliament last week, specifically does not include soldiers who served in Northern Ireland.

That trial collapsed in Belfast on Tuesday after the judge ruled key evidence was inadmissible. The dead terrorist Joe McCann was suspected of killing 15 British soldiers.

Speaking before he delivered his speech he said: “The Office for Veterans’ Affairs was a chance to reset the agenda, and it was a nightmare. The whole thing is tokenistic.

“My experience as Veterans Minster has been torrid. And I’m not just talking about historical prosecutions. It’s across the pitch, and includes our appalling treatment of Commonwealth troops.

“The Government needs to completely change its attitude towards veterans.” 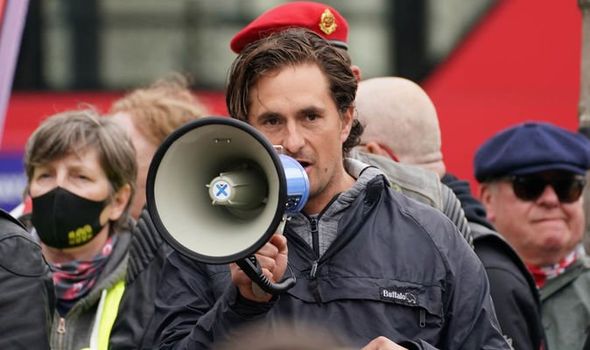 Veteran Dennis Hutchings, facing charges of the attempted murder and attempted grievous bodily harm of with intent over the death of John Pat Cunningham in Co Tyrone in 1974 also addressed the crowds.

Speaking last night the former member of the Life Guard regiment said: “I am 80, I’m on dialysis three times a week, I have heart problems and I’m in the early stages of COPD chronic obstructive pulmonary disease.

“My case was investigated in 1974, and in 1975 a decision was made by the prosecutors that no further action be taken.

“I was reinvestigated by the historical examinations team in 2009 and in 2015 I was detained again for four days and questioned 26 times.

“I feel that given the right judge it will be impossible to convict me as  there’s no new evidence or even old evidence to convict me of these offences. Yet I am still being dragged through the courts along with others. And there are more than 200 further cases sitting on desks of the Public Prosecution Service Northern Ireland.” 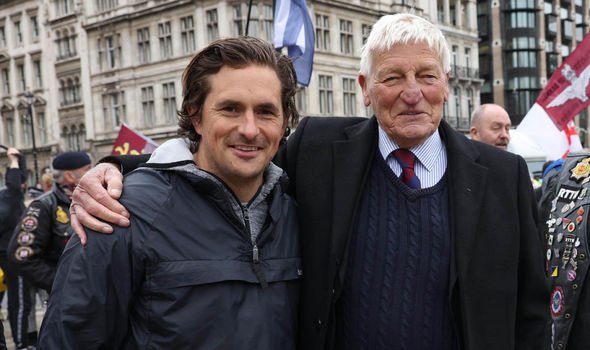 He added:“Boris Johnson and prime ministers before him vowed to defend us. My only conclusions that there is a secret clause of the Good Friday Agreement which has not been made public and which is stopping these efforts.

“From what was learned from last week’s trial, the immediate actions should be to set up an independent judicial review for all the other cases. it must be done now. “

Asked about a proposal for amnesties, he said : “We’ve already had an amnesty – for the terrorists who were given letters of comfort telling them they wouldn’t be prosecuted. Tony Blair took care of that.

“No one is looking at the acts carried out by terrorists in Northern Ireland. What we want, what we deserve, is justice.”