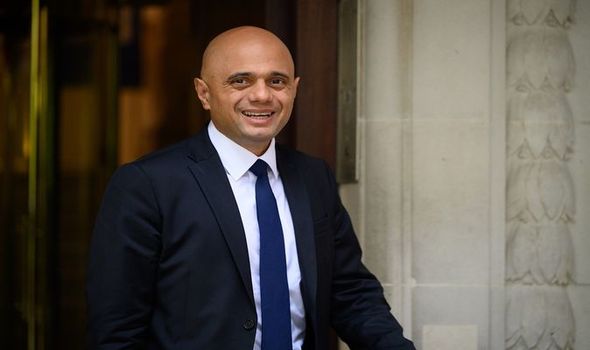 The Cabinet Minister said the European Court of Justice should not have jurisdiction in the region. His warning came as negotiations kicked off between Britain and the EU over a new Ulster Brexit deal. Under the terms of the protocol, which was agreed by the UK and EU as part of the 2020 Withdrawal Agreement, the European Court of Justice (ECJ) would be the final arbitrator in any trade dispute between the two parties.

The UK now wants to remove that provision and replace it with an independent arbitration process.

Health Secretary Mr Javid said: “Looking forward, there should not be a role for the ECJ in any part of the UK, and that includes Northern Ireland. I think it is an over-legalistic approach that the court has.

“Lord Frost [Britain’s Brexit negotiator] has been really clear about this…one of the most important issues is to end the role of the ECJ.”

Brussels insists it has gone “to the limits” in making concessions to the UK. It has laid out measures to slash 80 per cent of regulatory checks and dramatically cut customs processes on the movement of goods, especially food and farming produce, between Britain and the island of Ireland.

The Government welcomed the announcement, signalling it wants “intensive talks” to follow the EU’s proposals.

At the same time, a Government spokesman said there had to be “significant changes” to the Northern Ireland Protocol in the Brexit Withdrawal Agreement if there is to be a “durable settlement”.

EU ambassador Joao Vale de Almeida told the BBC: “We went to the limits of what we can do to address the problems of Northern Ireland because we care for Northern Ireland.