The legislation has broad support among voters, but is expected to join a growing list of progressive priorities languishing in the Senate amid Republican opposition. 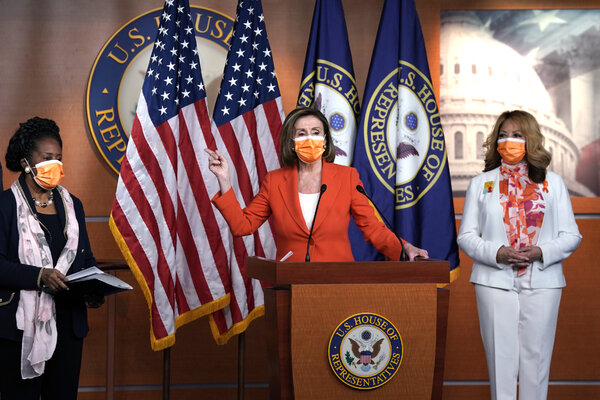 WASHINGTON — The House approved a pair of bills on Thursday aimed at expanding and strengthening background checks for gun buyers, as Democrats pushed past Republican opposition to advance major gun safety measures after decades of congressional inaction.

In two votes that fell largely along party lines, the House passed legislation that would require background checks for all gun buyers, and extend the time the F.B.I. has to vet those flagged by the national instant check system.

Despite being widely popular with voters, the measures face what is expected to be insurmountable opposition in the Senate, where Republicans have resisted imposing any limits on guns, including stricter background check requirements.

The House voted 227 to 203 to approve the expansion of background checks, and 219 to 210 to give federal law enforcement more time to vet gun buyers.

Both pieces of legislation are aimed at addressing gaps in existing gun laws, including the so-called Charleston loophole, which restricts to three days the period the F.B.I. has to conduct a background check, allowing many buyers to evade them. The provision allowed Dylann Roof, the white supremacist who killed nine people in 2015 at a historically Black church in Charleston, S.C., to buy a handgun even though he should have been barred from doing so. The bill would extend the amount of time the F.B.I. has to complete a check for an additional week, to 10 days.

The other measure passed on Thursday would require buyers shopping for firearms online or at gun shows to have their backgrounds vetted before they could receive the weapon. They are not currently required to do so, although in-person buyers, who make up the majority of such transactions, are.