Boris Johnson offered no criticism of Donald Trump and claimed the US is a “bastion of peace and freedom” as he was quizzed about the global Black Lives Matter protests.

Amid continuing demonstrations across the UK and the rest of the world over the killing of George Floyd in America, the prime minister reiterated his view that the death of the 46-year-old was “absolutely appalling”.

But, challenged over Mr Trump‘s response to the killing, Mr Johnson only stressed the role of the US as Britain’s “most important ally in the world”.

He also defended the use of “very important” stop and search in the UK despite being urged to end the “pain and injustice” of Section 60 powers.

Referencing previous comments by Mr Johnson, she asked the prime minister whether he still believed the US president has “many, many good qualities”.

Mr Johnson replied: “I renew what I have said many times, because it’s important for the House to hear it again, yes black lives matter and, yes, the death of George Floyd was absolutely appalling.

“As for the qualities of Mr Trump, let me say he has, amongst many other things, he is president of the United States, which is our most important ally in the world today.

During his appearance in the House of Commons, the prime minister was also urged to abolish stop and search powers, which the government plans to enhance in new legislation. 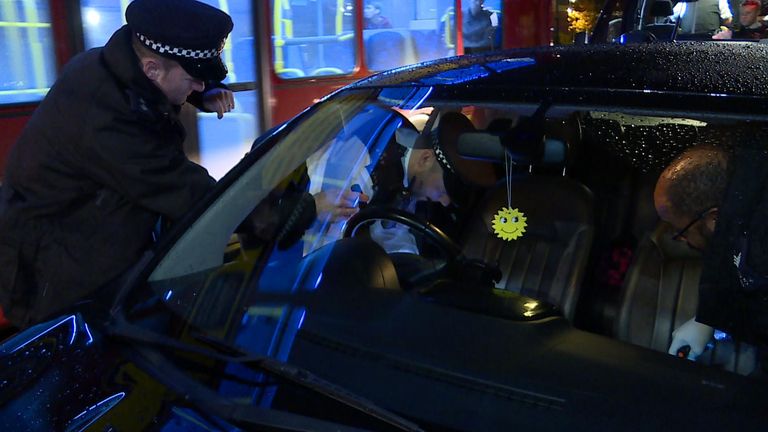 Liberal Democrat acting leader Sir Ed Davey said: “Under suspicionless stop and search powers, which this government is expanding, a black person is 47 times more likely to be stopped and searched than a white person.

“On too many occasions, stop and search seems to mean being black is enough to be suspected of being a criminal.”

He asked the prime minister to “abolish suspicionless stop and search powers and end the pain and injustice they wreak on so many people in Britain’s black and minority communities”.

In response, Mr Johnson said it was “very important” that stop and search is “carried out sensitively and in accordance with the law” as he hailed the “great difference” made by police wearing body cameras.

But he added Section 60 powers “can be very important in fighting violent crime”.

“I’m afraid what has been happening in London with knife crime has been completely unacceptable,” he told MPs.

“I do believe stop and search, amongst many other things, can be a very important utensil in fighting knife crime.

“It does work. It worked for us when I was running London and it must work now.