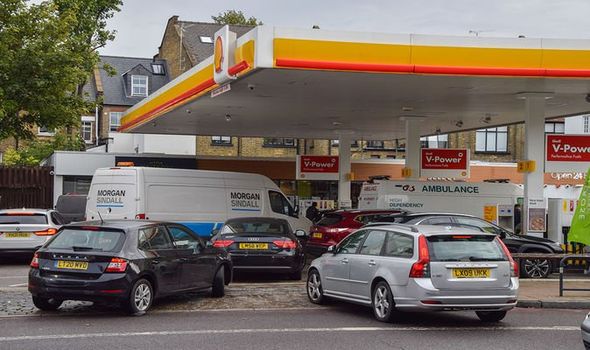 London and the South-east continue to be hit by supply problems but the rest of the UK is back to normal, he said.

Since the “low point” 10 days ago there is now “twice as much petrol” in forecourts.

Mr Shapps added: “I think we’re right at the tail end of this now.” But he said the Army was “plugging the gaps” in areas still facing shortages.

Military tanker drivers began delivering fuel on Monday after a week of panic buying. Mr Shapps denied the switch from E5 to E10 petrol, which is better for the environment, had made supply issues caused by a shortage of drivers worse.

The Petrol Retailers Association said stations had been “emptying our tanks of E5, the old fuel, as fast as we could to get ready for E10 (and) we had all run our petrol stocks down”.

Mr Shapps said: “The swap over to E10, ethanol 10, which has happened pretty much automatically in the background, most people won’t have noticed it unless they have a very old vehicle which requires E5, which will still be available.

“That changeover is all the way through to November. It doesn’t have to happen instantaneously.” He said that smaller retailers represented by the association “don’t even have to do this swap-over”.

Around 3,500 people have applied for provisional HGV licences in the past week.