Len McCluskey has firmly rejected suggestions that he failed to appoint his preferred successor as Unite general secretary, insisting it is “not true” that Sharon Graham was only his third preference.

It is understood Mr McCluskey was privately supportive of the left wing candidate Howard Beckett, before publicly committing his support to Steve Turner’s failed campaign bid to lead the union.

Speaking to Sky News, he said it was “ridiculous” to suggest he wasn’t working closely with the new leadership, and insisted his priority had always been to stop the moderate candidate Gerard Coyne from taking over at Unite. 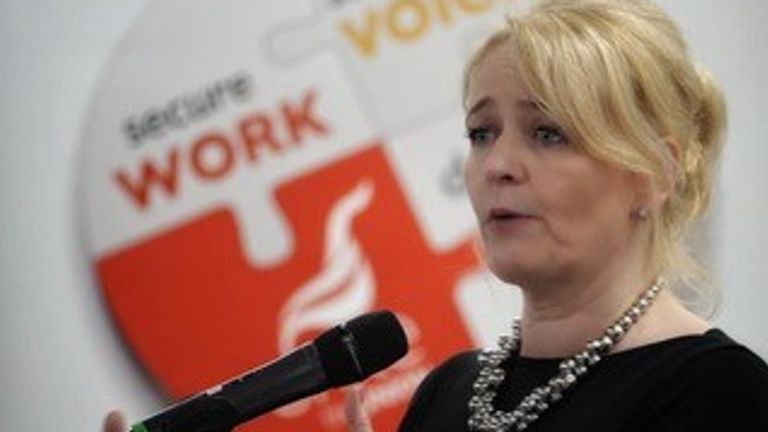 “The reality is that I wanted Gerard Coyne defeated…I won,” he said on the second day of the Labour Party conference in Brighton.

Mr McCluskey also insisted to Sky News that “none whatsoever” of Unite members’ funds had been used on legal bills to conceal his relationship with Karie Murphy, Jeremy Corbyn’s former aide.

He has admitted to the relationship in his new book, Always Red, though Unite told journalists in 2019 that reports the two had shared a hotel room were “untrue, vexatious and malicious”.

Sharon Graham has become the first Unite boss not to attend Labour Party conference, saying that she made a “priority decision” to spend time with the workers she represents.

And speaking from Brighton, her predecessor said that he has continued going into the office “every day” since departing as general secretary.

Mr McCluskey said he had “of course” wanted to see her elected, and added: “I don’t leave until April, of course I’m working with Sharon.” Reflecting on his legacy, he insisted that the controversial £97m hotel development was a “fantastic investment” for the union.