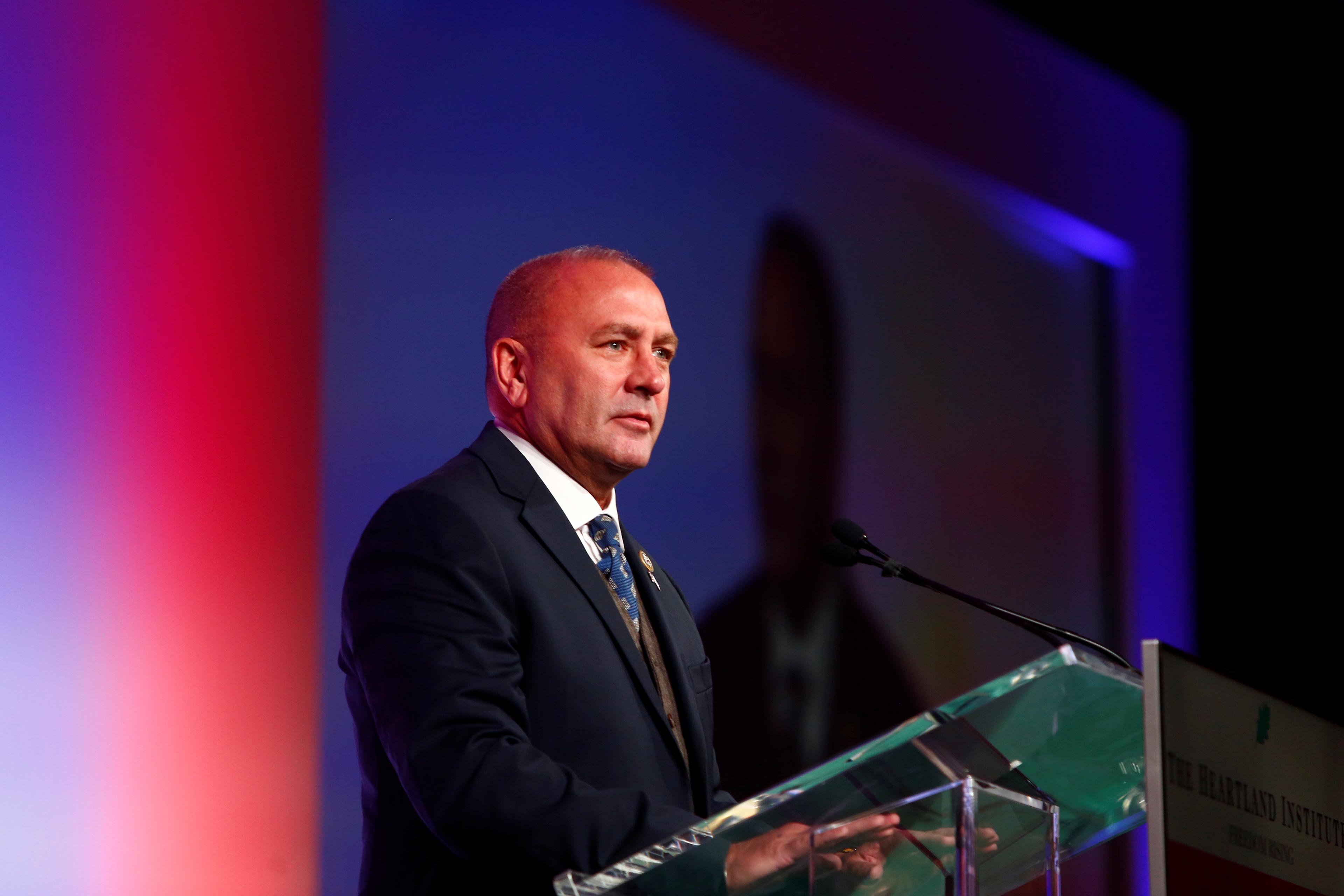 WASHINGTON (Reuters) – A U.S. congressman’s post that suggested armed Black demonstrators should be met with force was removed by Facebook on Wednesday for violating its policies against inciting violence.

Representative Clay Higgins, a Republican from Louisiana, had posted on his campaign account that armed demonstrators would have a “one way ticket.” He included a photo of Black men with guns, The Hill newspaper said.

“One way ticket fellas. Have your affairs in order. Me? …I wouldn’t even spill my beer. I’d drop any 10 of you where you stand,” the post said, according to The Hill.

“Nothing personal. We just eliminate the threat. We don’t care what color you are … If you show up like this … you won’t walk away,” the post said.

A spokesman for Higgins did not immediately respond to a request for comment but Higgins wrote on his campaign account: “No, I did not remove my post. America is being manipulated into a new era of government control. Your liberty is threatened from within.”

Higgins’ southern Louisiana district has seen protests over the death of Trayford Pellerin, a Black man who was fatally shot by police on Aug. 21.

Higgins worked as a police officer and narrated “crime stopper” videos before he was elected to U.S. Congress in 2016.

The United States has become polarized over issues of racial injustice and police use of force. President Donald Trump on Tuesday visited Kenosha, Wisconsin, on Tuesday to express support for law enforcement in a city rocked by civil unrest after a white officer shot a Black man in the back. [nL1N2FY0TA]