The Government has committed to give “votes for life” to UK citizens living abroad, and a new survey shows that many intend to use their coming clout at the ballot box to demand pensions justice. The Campaign to End Frozen Pensions claims there are more than 500,000 British ex-pats whose pensions are frozen at the level when they left the UK, or when they retired if already living overseas – and that around half receive a UK state pension of just £65 per week or less.

The campaign argues that these votes could determine the outcome of the next election.

If so, this could be one of the most profound consequences of the Government’s Queen’s Speech commitment to remove the 15-year limit on voting rights for people living overseas.
The warning comes in the wake of disappointment at the UK Government’s rejection of Canada’s invitation to negotiate new social security arrangements.

John Duffy, chairman of the International Consortium of British Pensioners said: “It is indefensible that successive governments have continued the callous and cruel frozen pensions policy which denies hundreds of thousands of pensioners the retirement they earned and deserve. This makes clear that frozen pensioners will make our voice heard when we are given the right to vote. 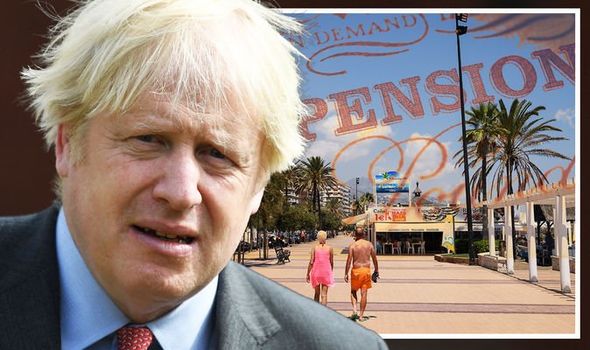 “We will not vote for any party that is comfortable forcing pensioners to work into their 80s in order to afford to live. The frozen pensions policy has left many British citizens feeling abandoned by their own country and this must serve as a wake-up call to the Government to do the right thing and end this injustice once and for all.”

Baroness Altmann, a former Conservative pensions minister, said she hoped that the new voting rights will lead to a “reconsideration of the frozen pension policy”.

She said: “If they moved back to the UK, they would have their pensions increased each year and there is certainly a moral and fiscal case that they should not suffer such losses while living overseas – and of course saving British taxpayers significant amounts by not using the NHS and other services here.”

However, the Government has no plans to change the controversial policy.

A spokeswoman for the department for work and pensions said: “The Government’s policy on the up-rating of the UK State Pension for recipients living overseas is a longstanding one of more than 70 years and we continue to up-rate state pensions overseas where there is a legal requirement to do so.

“We understand that people move abroad for many reasons and that this can impact on their finances. There is information on GOV.UK about what the effect of going abroad will be on entitlement to the UK State Pension.”