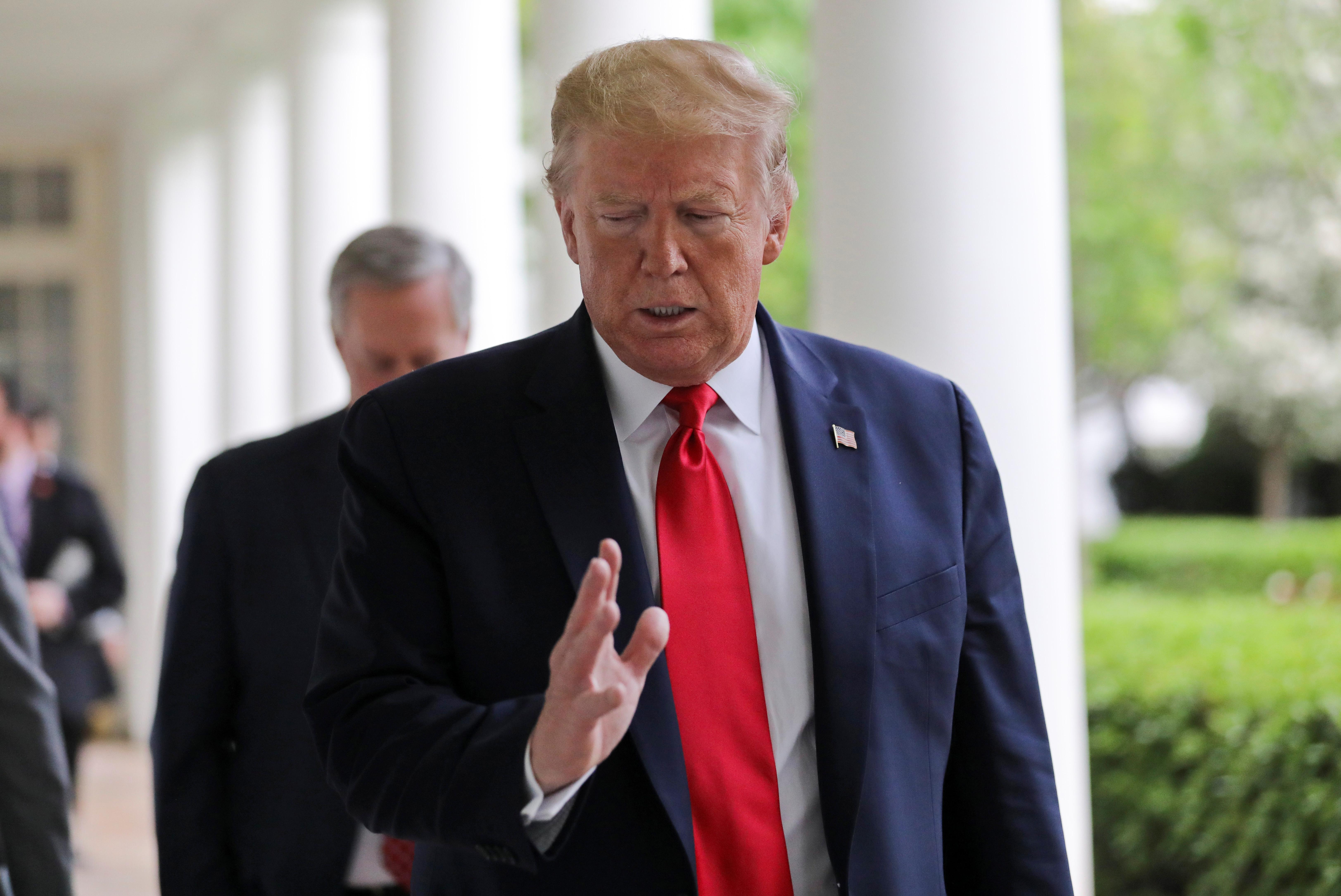 WASHINGTON (Reuters) – President Donald Trump told Reuters on Wednesday he does not believe opinion polls that show his likely Democratic presidential opponent, Joe Biden, leading in the 2020 race for the White House.

During an interview in the Oval Office, the Republican president said he did not expect the election to be a referendum on his handling of the coronavirus pandemic and added he was surprised the former vice president was doing well.

“I don’t believe the polls,” Trump said. “I believe the people of this country are smart. And I don’t think that they will put a man in who’s incompetent.”